Problem is not Kenyan media, it is your leaders 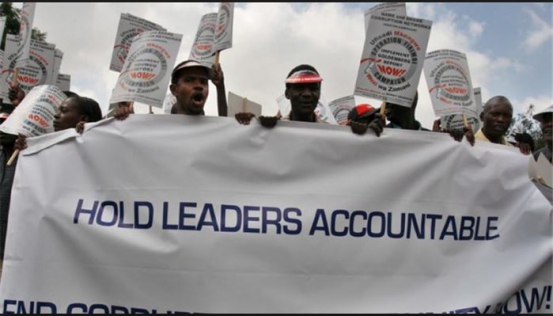 As a person who spends half his life in the newsroom, doing whatever it is that scribes do therein, which many Kenyans think is just bumming and waiting for politicians to tell us what to write, I should be the last person to be frustrated by the kind of news we sell.

It was said, very many years ago, that journalists put their mistakes on the front pages, and it has remained true to this day of technological advances, and journalists who do not live up to that calling are giving this unlovable profession a bad name even though in Kenya it does not have a good name, or even a name to write about — if you listen to political analysts.

Since we do not want to upset a roll of newsprint, we continue with that tradition and hope that consumers, or our readers, stick to the large print faces, the so-called headlines, and not read between the lines and see our gremlins.

Even then, at the end of the day, or at the beginning of the next work day, at the planning meeting, when the review of the last publication is being done, journalism is all about perfection — even before God and all the angels, journalists personify perfection, and can never be wrong because they enjoy more rights than anyone who ever lived on earth, and beyond.

Some journalists will tell you that perfection, or being perfect, is an aim, something we are working toward, but he/ she will not sound convincing because the most painful thing for a journalist is apologising, or admitting some wrong doing.

Having written that, I have to admit that many a time, I feel for Kenyans who rely on the media, in the larger sense of the word, but excluding citizen journalists or the Fifth Estate.

There are times, I know, when you feel like hurling your shoes at the television set or tearing a newspaper apart because of the news items being aired or the article you are reading. There are times when there is virtually nothing wrong with the content, but it could be that the newsreader is shouting at you, or pronouncing words with a nasal drawl, a twang, or just smiling from ear to ear while reading an item about a sad incident.

When it comes to the newspaper, you could be irked by poor grammar and you start wondering whether some team of human resource specialists picked only those who had low marks in English and sent them to newsrooms.

But the biggest problem is the kind of content they have to deal with. More often than not, it is the usual stuff of he said, she said whereby politicians, wrongfully called leaders talk at each other and call each names buttressing the adage that politics is the only profession for which no prior experience is required.

Their utterances are full of claims and counter claims; accusations and counter accusations, hurling of epithets and spreading hatred — and the crybabies that they are, they throw tantrums like jilted adolescents and the media have to cover all that, and feed it to consumers, the readers and viewers.

Kenyan viewers and readers are a suffering lot no doubt. Scratch that. Kenyan journalists are a suffering lot. Imagine packaging nonsense day in day out. Packaging low quality nonsense spewed forth by people who sound more brainless than a newly born child is one of the hardest jobs in Kenya, but somebody has to do it because there are readers and viewers out there whose needs have to be fulfilled. Ideally, what readers and viewers are served are sanitised versions of the madness, nay, stupidity that Kenyan politicians have perfected.

The saddest bit about all these is that at the end of the day, it is the media that gets all the flak. Politicians blame the media for misquoting them, yet we are only doing our work, paraphrasing them, now that many a time most of them cannot remember the things they said.

Then we have the readers and viewers who are always mad that the media is not setting the national agenda and only tell them what the politicians have said.

Dear Kenyans, the problem is not with the media. The problem lies with the people you elected. It is a typical case of Garbage in, Garbage out. If you want better news, elect good leaders at all levels of political governance.