Our spy agency should not be turned into a mousy kindergarten 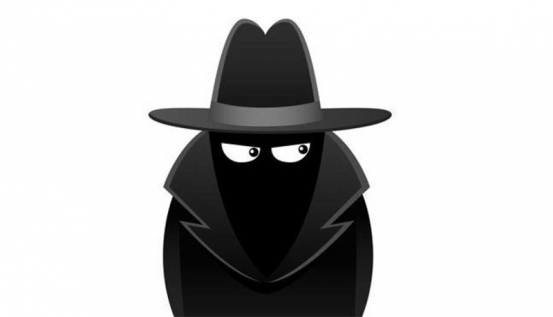 I grew up reading spy novels so my image of a spy is that of an armed handsome man working under cover. At least I thought so until I met a real spy – in a bar. He did not confess to be one. I merely deduced that because he kept popping into the bar late in the night looking suspiciously sober.

I can, however, confirm that whatever intelligence he was gathering at our table wasn’t useful to national security because none of us sounded intelligent. But what would happen if this fellow was actually spying and not eavesdropping on inane bar talk?

Let’s imagine that we dispatched him to Uganda to sniff out a wicked plot by the Al Shabaab to poison fish on our side of Migingo Island so smartly that President Uhuru Kenyatta angrily blames President Museveni.

Such an act would cause bad blood between our two friendly nations, leading to copious hate speech on the floor of Parliament in Nairobi.

Uganda, which gives our boys air support whenever we make raids around the region, would tell us to go to hell.

Some people I shall not mention would uproot the railway line. Our truck drivers, caught on the wrong side of the border, would be flung out by their Ugandan mistresses, infuriating Foreign Affairs Cabinet Secretary Amina Muhamed into declaring all Ugandan barmaids in Kenya persona non-grata.

This Ping-Pong would escalate to dangerous levels. Before you know it, our respective boys would be exchanging serious fire across the common border – not those pecks that police officers and gangsters give each other. So the role of our spy would be to infiltrate and neutralise the gang (neutralise here meaning blow brains out, poison, or strangle by the neck).

Because our spy is impeccably trained, the assignment would be a piece of cake. As a matter of fact, he would only be minutes away from blowing away the enemy when his cover gets blown (by a beautiful woman, of course). The Al Shabaab guys would pull out grenades, but our boy would calmly reach into his pocket, fast as lightning, to retrieve a small version of the G3.

Unfortunately, his trembling hand would exit his pocket armed with a white handkerchief – not a Heckler and Koch machine pistol – because MPs think our spies shouldn’t carry guns.

Now, if I were a spy, I would need a gun – badly. And I would need to tap the phones of hooligans who toss grenades into police cars. And I would want to storm their hovels deep in the night, blow their brains out and cover it up. Every spy agency the world over does it.

Spying, after all, is about breaking the law to protect the State and its citizens. Yet we want to turn our NSIS into a mousy kindergarten when murderous goons surround and infiltrate us – in country where justice is a knock-kneed shield and defender.

You would never believe this, but it recently came to the attention of the Commission for Higher Education that some crooks are purporting to offer higher education.

Are you kidding me? It has come to their attention? We’ve known this for years and we are not even half as brainy as the intellectuals who run that outfit.

Anyway, those crooks are ‘purporting’ because to offer power to read in these parts, one must be registered by the aforementioned commission.

For obvious reasons, the crooks haven’t bothered to seek registration with the commission because their facilities are either crappy or non-existent or their tutors are illiterate quacks with forged papers – or both.

It is a serious offence by the way – purporting to offer higher education. There are several Acts that specify this, meaning these purporting fellows belong behind bars.

And you know what the commission wants you to do? Check their website! But what if you discover – after checking their website – that you’ve been studying at an institution of ‘advanced technology’ whose technology is limited to the Chinese pocket radio on the Principal’s desk?

Remember your parents will have sold the only family cow and leased their farm to the village tycoon to raise your first semester’s fees.

They will be waiting for you to graduate, get employed and educate your brothers and sisters. And now this?

The sensible thing would be to direct County Education Officers to establish which colleges are frauds and then shut the decrepit things down with the support of angry twig-waving villagers.