By Mwalimu Socrates
4 years ago “I have gone through Caesar’s will and I need to review mine,” Vasco Da Gama said. We had just demolished a goat’s engine at JJ’s.

“Caesar was an emperor and left every Roman citizen some cash and recreation parks like Uhuru Park and Karura forest. What are you planning to leave behind for us?” I asked the historian.

After Kadogo had served us, he removed a note book and began flipping through it. I was curious. He made it clear that he wished to be buried within a week of his death.

“There should be no Harambee in the name of giving me a decent send-off. Do you know how much of that loot ends up in bar urinals and people’s pockets? I also forbid the shedding of crocodile tears. Let whoever has anything to share with me do so while I have teeth. Some people should not speak during my funeral. You are a witness to the fact that Wa Makeri, our deputy has made life a living hell for me at Meta Meta. She should not be given a microphone to lie about a gap that will be difficult to fill. Schola should not take to the social media and post photos of us being a happy Meta Meta family.

You are also aware that the only time I ‘tasted’ Aeneas’ money was when he unsuccessfully vied for the delegate’s post at Mwalimu National Sacco. Let him drink himself silly for some other reason but not as an excuse for mourning me,” he said.

I had thought he was through when he continued, “Students like Kevo, Timo and Gloria can only attend my funeral on condition that they carry out the punishment they declined to do last year. Then they will be above eighteen years and the child rights slogan will be irrelevant.

The incident Vasco Da Gama was referring to is still fresh. In a bid to cover the history syllabus early, he had been conducting early morning and late evening classes.

Kevo and his crew considered such an arrangement an intrusion into their free time and set out to sabotage him. First, they contributed towards a pool of urine at a corner of the class.

Undeterred, Vasco Da Gama continued with his lesson about Shaka, the great Zulu warrior. After about three days, a pile of human waste was found in the same corner of the class. The historian took the class to the field.

It was in the third week that the students had their day. Vasco Da Gama elated at finding a full class and eager faces, immediately launched on his lesson about the Maji Maji rebellion.

He was in the deep end of the lesson when a missile landed on the chalk board. The well-aimed rotten egg spattered both his face and immaculate coat. In short succession, a number of rotten eggs landed at various points in the class raising a stink the devil himself couldn’t manage.

Amid wild screams that attracted the wrath of Okonkwo, the students ran out. Kevo was the key suspect. It was however difficult to tie him to the crime since he was in class and one of the rotten missiles had landed on his desk.

A day to the incident, he had been in his best behaviour and had even taken his history note book to Vasco Da Gama for checking, prompting Magarita to comment on how God was performing miracles at Meta Meta. 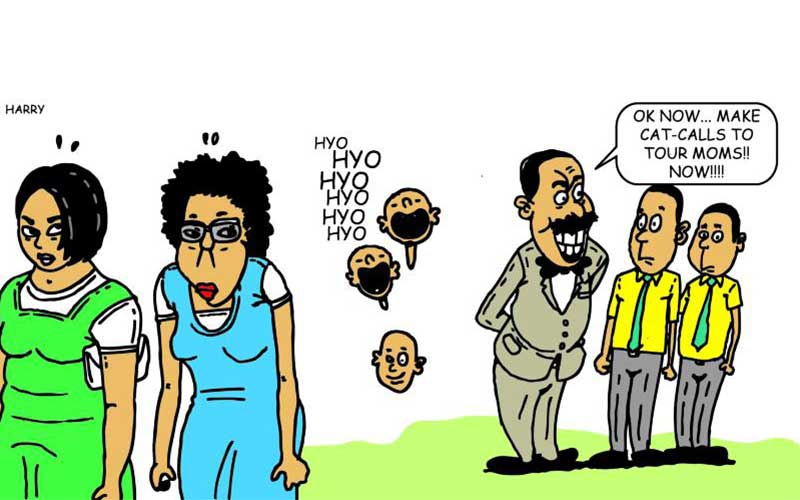