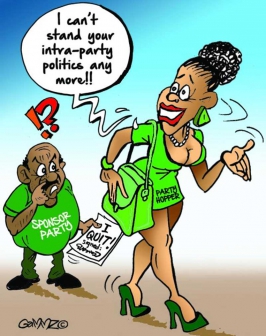 In William Shakespeare’s sunset play, The Tempest, Gonzalo goes lyrical while fantasising on the kind of kingdom he would wish to rule. In his utopian kingdom -- he calls it Commonwealth -- Gonzalo avows, everything will be done differently from the way things are usually done: There would be no commerce, no officials or administrators, no schooling, no literature, no riches, no poverty, no servants. Just no nothing. No laws, no division of land, no agriculture, no work. “No occupation. All men idle, all. And women too, but innocent and pure. No sovereignty.”

In that kingdom, everything would be produced without labour and would be shared by all. There would be no treason, crime or weapons. “All things in common nature should produce without sweat or endeavor. Treason, felony, sword, pike, knife, gun or need of any engine, would I not have. But nature should bring forth of its own kind all foison, all abundance, to feed my innocent people,” Gonzalo signs out.

It all sounds and looks like a fantasy until you relate it with the events happening in Kenya at the moment. And then you begin to realise that some aspects of Gonzalo’s fantasy are beginning to gain legitimacy in Kenya under the Jubilee regime. It should surprise everyone that proponents of free society have not lauded President Uhuru Kenyatta for nodding to free political prostitution by assenting to Political Parties (Amendment) Act.

Where is the ferocious John Githongo of this world? Where is the audacious Maina Kiai and Okiya Omutata? Did Ndung’u Wainaina lose the fire in his belly? What became of the fearless Muthoni Wanyeki and my friend Atsango Chesoni? What of the belligerent Boniface Mwangi?

I shudder to imagine that all these great sons and daughters of my land slept through this revolution. They should now wake up and smell the coffee of a truly free democratic space where one can hop hither and thither like a grasshopper and with little care.

Trashed in the dustbin of history is the now old and dictatorial regime of locking MPs in one party and placing party hoppers at the mercy of a powerful and effective registrar of political parties. This regime stifled free political speech, intra-party democracy, offended greater democratic ideals and values and encouraged indiscipline in parties. It violated both the letter and spirit of the 2010 Constitution.

The brilliance of National Assembly’s legal affairs committee and connivance of opposition of MPs in overturning this regime should be extolled and taught in schools. They overlooked personal benefits to work for the greater good of uniting the country. For they so loved the country that they gave up their personal good, that whatsoever believes in them should not perish but have everlasting political life.

Kenyans should not wait for the day Jubilee will liberalize marriages too, so that wives do not own husbands and vice versa. That is the day Uhuru Park will fill up before noon, as men dump their nagging wives and pick brand new ones from those dumped by others, and wives drop their smelly hubbies like hot potatoes as they pick new apples for their eyes. Now, that will be the hallmark of Jubilee’s resolve to create a better commonwealth of one for all and all for one.