Someone needs to remind Kenyans, funerals are for the living not the dead

By Oyunga Pala
4 years ago

The first funeral I remember attending was my grandfathers’. I recall it for all the wrong reasons. It was lots of fun! I was a toddler who had suddenly stumbled on my extended family in one venue, and they were so pleased to meet me. Grief and mourning was not something I associated with funerals in my early years.

My understanding of grief and bereavement would come on four legs. I must have been about five or six. The lesson would revolve around a dachshund dog breed that the family kept called Butchie. It was an odd name for a dog, Butchie! (Butch Cassidy in full who was a real life notorious American outlaw and train robber in old Wild West). I never made the connection. However, I would suspect years later that Butchie must have been a phonetic modification for Butch, which does not roll off the tongue as easily.

All the kids in the estate called him a sausage dog which was not exactly inaccurate. He was hardly a foot off the ground. He had a protruding small head attached to a long body that tapered off into a short tail, but he was more sausage roll than sausage.

Butchie was a level-headed dog and everyone liked him. He made eye contact, was great with children and had good manners for a canine that slept out in a kennel.

He was no guard dog material and the Mbwa Kali sign board nailed to his kennel fooled no one. Look, Butch even had cats for friends. One day a runaway driver ran over his foot and nearly severed it. They said the howl was heard as far as Nairobi river, at least that is what the night askari said. We did not bother to verify his remarks because he was a tall, dark and very lean man, who had no patience for pesky kids.

On that particular night I ran into the house from the neighbours (who owned a colour TV) to find my older brother Charlie and half the estate gathered around a small dog, troubled. It included father who I had never seen that worried about anything. I don’t even think I had seen him express any emotion until then.

Lack of empathy for bereaved

But here he was concerned, barking orders, as he bandaged a small dog’s leg to stop the bleeding. Butchie’s thigh was bloody and raw flesh was glaring. Father wrapped it up well and stopped the bleeding and took him to a vet. Butchie would not live long after that injury. One day I asked about him and I was told he had gone off to die.

When the word got out to the estate, all the kids, even the mean ones, were oddly nice. Every one kept saying sorry. I suppose if they all missed Butchie, then as the kid who fed him every day, I must have been feeling terrible. I had thought I needed to be strong and show no emotion. Yet the kids all seemed to say; “It okay to feel bad. We feel bad too”. We were only kids but we instinctively understood empathy. I did not need to ask for permission to feel sad.

I would grow up to form a better understanding of the inevitability of death and why it was important to let people mourn their dead in peace. Early this year, I was driving to Nairobi’s Village Market mall to run an errand. On a tight bend, I came across two stray looking dogs. One had been hit by a car and left dead on the edge of the tarmac road. The other dog, alive, rested next to it on the road with a droopy face. It was clearly mourning.

Drivers and pedestrians slowed down, passing quietly and respectfully. I drove back the same route two hours later and found the same dog lying in the exact same spot and the other mourning. I found myself empathising, trying to work out the relationships. Were they siblings, partners, parent? What was clear for anyone to see, was that one dog had lost something they considered valuable and it would not be right to bother a dog having its public moment of grief.

In age of social media, grief is policed. Before one can grieve in public, proof of association should be tabled. Grieving in public is becoming political expression and people are finding the need to articulate their right to express grief. I suppose empathy has worn thin in this country and it is glaring absent at funerals. Man created funerals and mourning rituals to help us grieve, console the bereaved and dispose of bodies hygienically.

Funerals were an open fare. Culturally, no one asked for permission to mourn the loss of a person. Grief was always public and no one needed an invite to attend a funeral or license to grieve. We seem to have totally forgotten that funerals are for the living. All I see now is ceremonial pomp and politics over a corpse and hardly any grief or empathy for the bereaved. 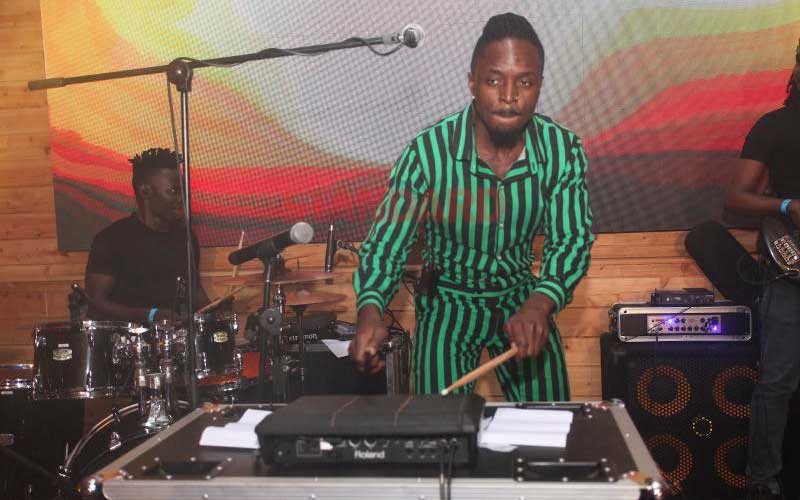 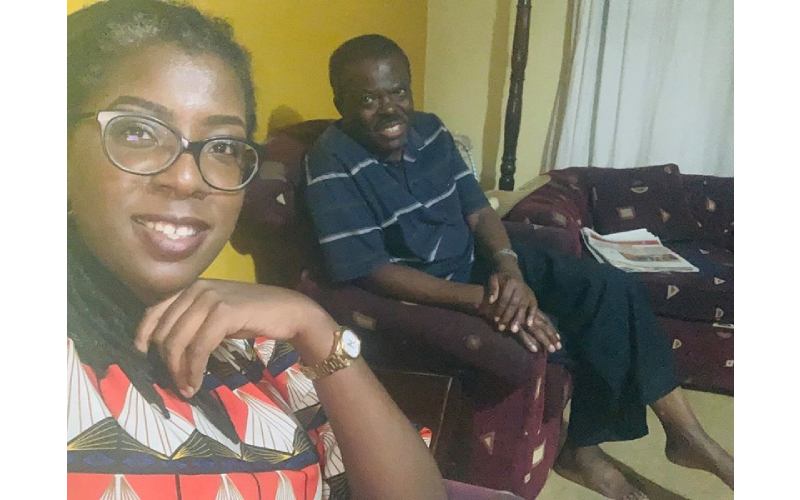 Ciru Muriuki mourns loss of her father
2 months ago