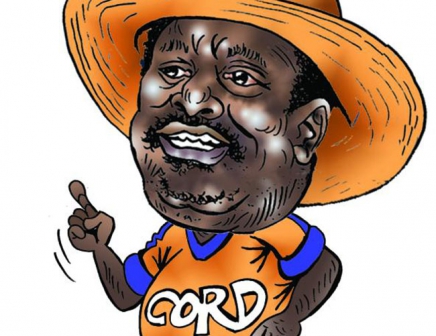 If there is one thing Jubilee politicians should have prayed for at the Afraha prayer rally last weekend, it is the physical and political health of former Prime Minister Raila Odinga.

From their rhetoric over the weekend, one could easily tell that a lot of them do not appear to understand that their political destiny is intertwined with Odinga’s destiny.

For the sake of the politically imprudent and naïve ones, I will now demonstrate how. The collective hatred for Odingaism and all it stands for drives and fuels unity in Jubilee strongholds. Through this collective hate, electoral waves are created through which these leaders are elected often regardless of their manifesto, if any, or plan.

This collective fear for an Odinga regime is sustained through political rhetoric spewed by these politicians. This makes careers.

The fear once instilled drives a sense of insecurity requiring a “messiah” to guard against an Odinga chance. Through this, alliances are built, more careers born and political fanaticism brewed, sometimes to disastrous consequences.

To build a name in Jubilee strongholds, you must excel in anti-Odinga rhetoric. This is a tactic struggling Jubilee politicians have employed to bounce back. The embers of their struggling political careers, and you can take this to the bank, would die a natural death if Odinga were to quit political life altogether and retreat to Kibera to sell Mandazi’s.

Further, Odinga is the perfect decoy for their individual and collective failures. If Jubilee fails to build the promised stadiums, fails to provide the laptops to primary school going kids and screws up on free maternal health, it will be because of Raila Odinga. And their voting base will buy it because they have been worked up to believe that’s the case.

Raila has refused to give up on his career. Essentially, he has refused to bring down the whole edifice down with him. Whether this is due to his magnanimity or selfishness we will never be able to tell. The fact of the matter is this failure appears to be benefiting one side of the political divide.

Finally, Odinga solely carries the burden of sordid political history of this country, from post-independence crackdown of “ndumes”, attempted coup of 1982 and attendant “dark days”, bloodletting of multiparty agitation era, Pyrrhic victory of 2002, the post-election violence of 2008 and much more.

Because of his controversial past, it is easy to “fix” him anything and it will attach. That is how he single-handedly caused the post-election violence of 2008 while everybody slept. He fixed President Uhuru Kenyatta and Deputy President William Ruto before the ICC and sustained their charges until they defeated him by bastardizing the court.

Insecurity, joblessness, disease and poverty are his creation and make. He is the lord of poverty and hopelessness. Everything done in this country is done with him in mind.

Parliament makes laws with him in mind. Executive implements projects with him in mind and the judiciary’s handling of disputes is done with consciousness of his presence. If he sneezes, Jubilee catches cold.

He coughs and Jubilee chokes. If he were to falter or stumble, Jubilee would fall and bite the dust. The next prayer rally Jubilee should call should have one clear agenda; political health of Raila Odinga.