By GILBERT KIMUTAI
5 years ago 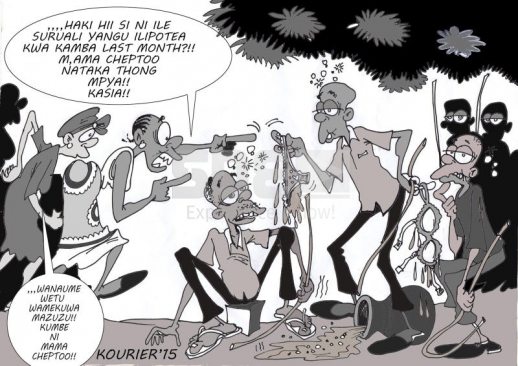 Revelry at a drinking den in Silibwet Trading Centre, Bomet Central was unceremoniously brought to a halt after patrons discovered assorted underwear inside the brew they had been drinking.

The discovery was made when one of the men peeped into the brew while trying to position his drinking straw and saw something that resembled a bra floating in the busaa and alerted his colleagues. But he was told off and accused of being a party-pooper intent on spoiling the good time they were having.

It was not until another person in the group complained that something seemed to be obstructing his drinking tube that they decided to check.

“What are these clothes you people are talking about? What do you think a piece of clothing is doing in a pot of sweet brew like this?” One of them who was already tipsy reportedly stated as he struggled to get up from the tree stump he had been sitting on.

After consultation amongst themselves, the drinkers agreed to pour the brew to confirm what the foreign item in their drink was.

The discovery of a collection panties and bras in the drink hit the drinkers like a thunder bolt, prompting loud protests with some of them demanding a refund.

Attempts by some of them,  who were aware of the risk of complaining loudly in an illegal drinking den, to stop their friends doing so fell on deaf ears.

“Let us wait for Mama Kiptoo, she will soon be here with another round of brew so that we can confront her rather than making noise which can alert the local administration,” pleaded one of them in vain as the rest of the group went on the rampage attracting passersby.

Soon members of the public had jammed the joint to see what was going on.

A section of onlookers started speculating about the purpose of the clothes.

“It must be one of the ways to sweeten the drink or even make it stronger for the satisfaction of those who drink,” offered one of the on lookers.

He was quickly challenged by another who dismissed him, saying it is used as charm to get the drinkers hooked.

“Ooh! This is the reason these men always come here to drink their money away as their families sleep without food,” another agreed.

Some of the neighbours claimed that their innerwear had been disappearing mysteriously.

“That red one must be my panty that disappeared last month on the hanging line. I thought it had been blown away by the wind but it looks like Mama Kiptoo used it to sweeten her brew and strengthen her customer base,” claimed a woman in the crowd.

Soon local administrators were attracted by the huge crowd and they alerted police officers from a nearby chief’s camp.

However, on arrival the officers found themselves on the receiving end of public anger when they were accused of failing to stop their husbands, sons and daughters from being duped into buying poisoned drinks.

“You are quick to arrive now yet the brews are sold daily to our children with your knowledge because of your bribe-taking behaviour. Shame on you!” shouted another woman in the crowd.

The illicit-brew dealer reportedly got wind of the happenings at her den and went into hiding.

Attempts by police officers and locals administrators to locate her did not bear fruit.

Members of the public were forced to burn the underwear to allegedly stop the dealer from bamboozling their children into buying her busaa. 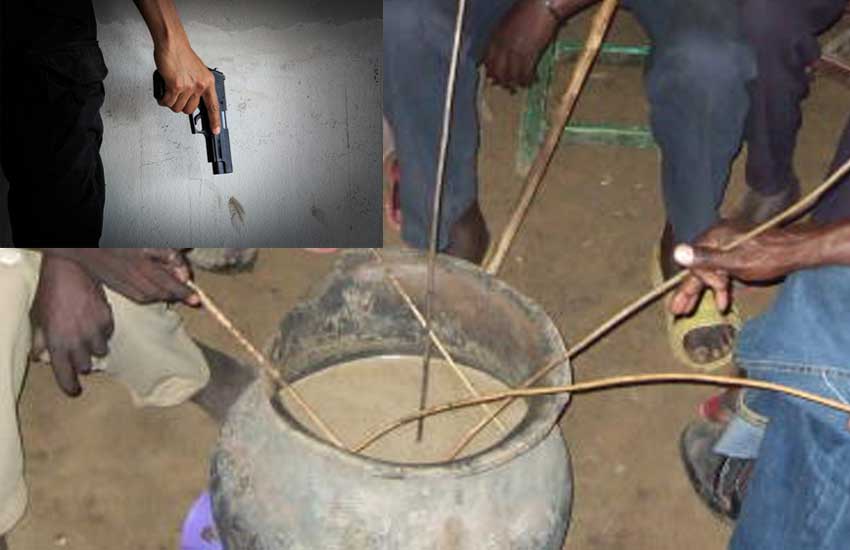 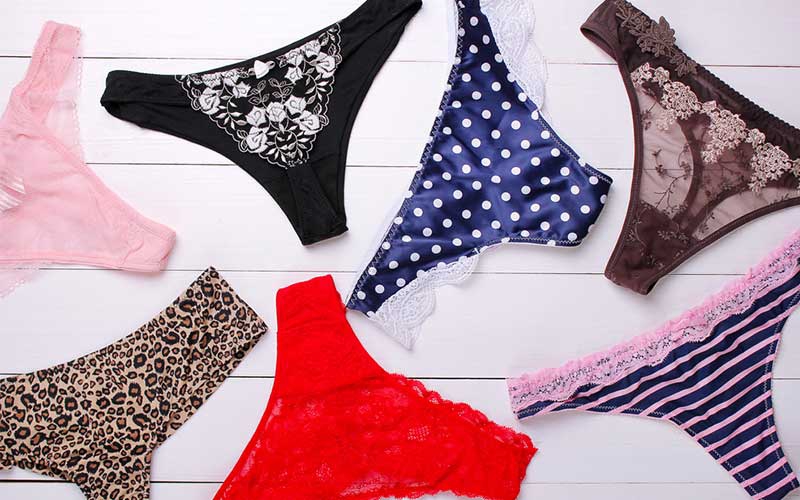 Houseboy charged with stealing his employer's designer panties
1 year ago

Why underwear should be decent and discreet, not mtumba!
1 year ago