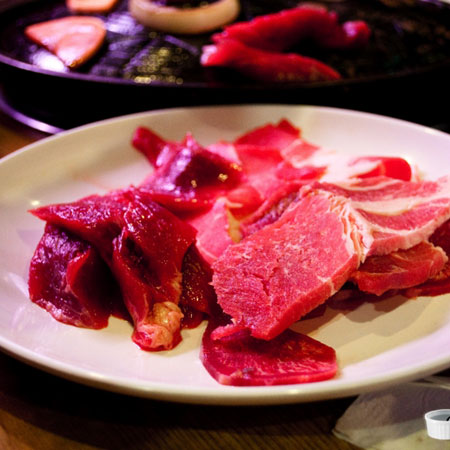 Once upon a time I shared a story in this column about how a woman and a child were consumed by residents in Rakai, a town in central Uganda. This particular tale is important for those who plan to come to party in +256 hinterlands. Yes, we are the food basket of East Africa, but kindly eat with care and also be careful lest you are eaten. I recently travelled to Jinja and got talking with a friend about how they went for a funeral at a village called Buikwe, near Jinja.

They were warned not to eat or drink or dilly-dally around town as they risked being turned into stew. The village where they had gone to bury their colleague is infamous for having produced a couple of cannibals, and witchcraft, which we are reliably informed can be used to capture unsuspecting victims. It is important for us to remember Mother always said “do not eat at stranger’s homes”. Do you know that cannibalism is not genetic? You can be lured into the vice and if you do not succumb and join the fad, you will become a snack. Apparently, if cannibals are to be believed, human flesh is very soft and salty, and once you have a bite, there is no going back. There are those who eat freshly-dead corpses and others who like their meat fresh; they must kill it themselves. Eating flesh The latter are the ones who you should be wary of. Rumour has it that cannibals pound human flesh and mix it with the food served where there is a large gathering of people —funerals, weddings and other parties. When you eat this food, insiders say, you start dreaming about eating flesh and start planning on how to eat your family members. If you do not succumb to this, you collapse as one who is medically dead — no heart beat but your body sweats. Could the famous Doctor House come and consult on such cases and explain this phenomenon because the local doctors simply issue a death certificate, and that’s it. In Uganda, you will be buried within a day or two and on the morning after the burial, a visit to the grave shows it has sunk. Apparently the cannibals visit your grave in the night and do a whispered chant that makes your body rise to the surface. Your resurrected self is very much alive as chunks are hacked off and shared by all. Visiting grave sites No one is the wiser as we are not overtly fond of visiting grave sites once the rites have been conducted. My friend and her colleagues were warned that they would especially be a target as they had foreigners — Indian friends — in the car. Somehow they got delayed in town and were leaving in a Mitsubishi Pajero around dusk. The driver claimed that the car was simply temperamental but all were worried when a strong wind started blowing and what sounded like small stones began to hit the roof. All the horror stories they had heard or watched came to mind, and everyone began praying as they asked each other — did you eat anything at the funeral? The relief was palpable when the car started and they literally high-tailed it out of town to the first bar in Jinja town.

Netflix steps up its effort to get paid for account sharing
News
By AP
31m ago
Reviving romance: Creative ideas to keep the spark alive on Valentine's Day
Lifestyle
By Fay Ngina
17h ago
Millennial Money: Should unmarried couples have one account?
Lifestyle
By AP
19h ago
Nigerian politician in UK court over organ-harvesting claims
News
By AP
21h ago
Mejja takes a break from music due to throat issues
Showbiz
By Fay Ngina
22h ago
.