The saga of Saida Abdulrahman, the Mombasa woman who was allegedly ped but later found in Majengo, Nairobi has turned out to be a hoax. She allegedly lost her pregnancy in the process.

Saida, 20, the wife of Mohammed Abdulrahman, was said to have been eight months pregnant before abduction, but medical reports revealed otherwise.

Saida is said to have been kidnapped by four women on her way to Malindi to board a plane to Lamu. Why she could not fly to Lamu directly from Mombasa is not clear.

The husband and relatives told The Nairobian to let her heal as he needed “time to nurse herself” before ascertaining what really happened, including attending antenatal clinics.

The Mombasa-based Muslims for Human Rights MUHURI, spent Sh500,000 to ‘rescue’ Saida from her abductors in what now has turned out to have been a choreographed circus.

MUHURI chair Khelef Khalifa was livid: “She wasn’t pregnant, cannot conceive, her uterus has a problem and there was no abortion either. All those reports about her attending (prenatal) clinic were just a lie.” He said that Saida should be charged for perjury.

When the news of her kidnapping broke, their neighbours thought Saida and her husband were heading to Somalia and made up the abduction story to facilitate their disappearance.

“It just did not go according to plan. How does a mother stay with her daughter and doesn’t know whether she is pregnant or not?” posed a jirani. Another added: “We were so worried and prayed for these people for their safe return, kumbe it was all a hoax. She was never pregnant, was never kidnapped, it was all a lie!”

The alleged kidnapping had stirred emotions at the coast where sudden disappearances are often reported.

Her search went into high gear when it was rumoured that she might have been murdered and her body dumped at the Tsavo National Park.

One text to the family from her alleged abductors read: “Since we killed her, we are suffering, forgive us. We are remorseful but there isn’t much we can do.”

The abductors even sent photos of her ‘lifeless’ body to her husband as confirmation of the death. 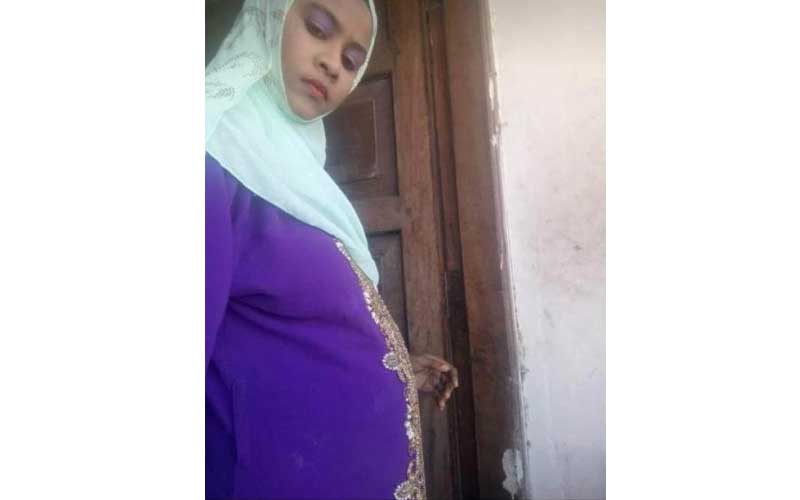 Her phone signal indicated she was around Sawe in Mtito Andei, confusing rescuers further. Then she called her husband and narrated her ordeal at the hands of the kidnappers who were demanding ransom before her phone went off.

MUHURI, which spent the money to rescue her, searched for her in hospitals and morgues in Kilifi, Taru, Voi and Tsavo. News then broke that she had been located in Nairobi after she called her mother in Mombasa from a mosque in the Majengo area of Nairobi. It was her mother who then called police.

“We celebrated with the rest of the community and sent air tickets for her return to Mombasa,” said MUHURI’s rapid response officer, Francis Auma.

But things took an unexpected turn when Mombasa DCI boss Jacob Kanake revealed that “the gynaecologist’s report indicated Saida had not conceived and was never pregnant, and neither did she have an abortion. “In fact, doctors say she is unable to conceive because she has a problem with her uterus.”

MUHURI is angered after spending the money and is now demanding an apology from Saida and her family for “misinformation and clearly state their motives for such irresponsible behaviour.”

Akrima Omar, a relative from Lamu told The Nairobian to “allow her time to get better then she will inform us what really happened.”