By Nairobian Reporter
4 years ago

Many young girls in Kenya dream of being socialites. They yearn for the publicity. They want to be famous. And socialites in Kenya are famous for being famous. Sadly, these girls (most of them fresh out of college) don’t know that there could be more to that happy smile and lounging with expensive wines in exclusive holiday destinations than meets the eye.

Social media is the easiest route to ‘Socialite Street’ and on to ‘Celebrity Avenue.’ Just post nude photos, preferably of your extended tooshie and shortly, you will start trending and the gossip pages might just show interest and voila! You are a socialite.

Traditionally, a socialite is a well-known personality, often spotted in high-society events such as A-List parties, where they entertain or are entertained by others of similar standing. But today, a socialite - usually a woman - is deemed to be of extremely questionable morals, flashy and very active on social media, posting pictures of unending trips to West Africa and the United Arab Emirates. Remember Peninah Lema Munyithya who posted her nudes on Twitter, complete with her contacts and urged any interested dude to hook up with her in 2015?

Peninah was bending her early 20s and she did enjoy her moment in the social media sun for a month, and graced tabloid pages and blogs. But she has since gone ‘under water’ only to resurface when Silas Kiragu, the Kenyan High Commissioner to Nigeria revealed that ‘Pesh’ was cooling her brief socialite heels in a jail in Kumasi, Ghana, after being arrested for drug trafficking in July last year.

Prior to her arrest, Pesh allegedly made trips to South Africa, Dubai and Nigeria, where she claimed she was on ‘working holidays.’ In fact, in June, a month before her arrest, Pesh bought herself a Mercedes which she proudly flaunted on social media.

Her last Facebook post was about a gig she was hosting at a popular strip club in downtown Nairobi.

But before Pesh there was Vera Sidika, Huddah Monroe, Stacey Pendo and Corazon Kwamboka.

Pesh is not the only ‘socialite’ about town, there has always been speculation about how booty and booby-filled socialite Vera makes her money.

It is alleged that Vera dropped out of Kenyatta University where she was studying design to concentrate on her ‘career.’ The former Nairobi Secrets model was once skinny and posed for a lingerie website. She disappeared for a year before reappearing to those who knew her looking totally transformed. She had a big derriere. Soon after that, she did a boob job and later bleached sorry ‘lightened’ her skin. She claimed that she used doctors from the UK to transform her. Earlier Vera claimed that her weaves cost Sh400,000, the bed she sleeps on  costs Sh1 million and that she owns a house in Kiliamini.

She was later spotted shopping for a house in the leafy upmarket suburb of Kitisuru, which was captured in reality show Nairobi Diaries. Critics have called her all manner of unsavoury names and condemned as a woman of loose morals, even as she maintains that swinging hips at high-end bars (she calls it hosting) is how she puts ugali on her table.

But if screenshots that have made rounds on social media ever since she first appeared on P-Unit’s You Guy video are anything to go by, then the critics might punch their self-righteous fists in the air and claim vindication. Some of the screenshots leaked by an unknown person alleged that a woman named Vera could be sharing a man with fellow socialites Huddah and Corazon. In the series of screenshots, Vera apparently haggles over money with a tycoon for what leaves little to imagination. The monies are sent to the socialites’ bank accounts upon agreement.

Vera occasionally flies to Asia and most recently, was in China where she hosted a party at a nightclub. No one really knows what ‘hosting’ involves.

Huddah was first seen in public with musician Prezzo before a brief stint as Kayai on one of the oldest comedy TV shows, Vitimbi. She later represented Kenya at the Big Brother Africa reality show in South Africa, but only lasted for a week, probably because she worked out in her bikini and six-inch heels. Huddah came back home and went on to release nude photos which she claimed were meant for commercial purposes only.

Unlike Vera, screenshots of Huddah’s dealings reveal a more cautious sassy chick trying to determine whether her admirer is genuine or just a penniless member of Team Mafisi trying his luck to find a free or pocket-friendly ‘ride.’

In one of the leaked screenshots, it was alleged that a woman named Huddah demanded $10,000 (Sh900,000). Her admirer had initially offered to pay her $20,000 (Sh2 million) but Huddah demanded a down payment first.

She later got into a war of words with Ugandan millionaire King Lawrence. King Lawrence and Huddah met in South Africa and even took photos together. According to Lawrence, he called Huddah for a holiday of sex and claimed that’s how she makes her living.

Huddah denied the allegations and dismissed Lawrence as a “faggot, an incestuous bastard, an attention seeker, a low-life, a nincompoop, a nondescript wannabe,” amongst other unpalatable names. Huddah claims that she and the King were introduced by a mutual friend who claimed that Lawrence was a fan.

Huddah also later fell out with her alleged sex partner, the self-proclaimed ‘King of Bling,’ Prezzo. She told him off as “broke.”

Prezzo confirmed that he indeed shared more than just a handshake and social media photos with the former Big Brother contestant.

“We got together like three times and I think she really liked what she got. I’m addictive and so she could not let go,” Prezzo told The Nairobian.

Prezzo claims that Huddah is bitter because he did not want to settle down with her.

“Huddah is like government property. She has slept with almost the whole world. Do you think the president would settle for such a woman?” posed the rapper.

Prezzo also accused Huddah of harassing all the women he dates.

“I never respond to her, but you may have noticed she attacked Goldie and Tanzania’s Diva,” he said.

When reached for comment on how she makes money to finance her lavish lifestyle, Huddah advised us to send our queries on email, which we did, but she did not respond.

She also became the first socialite to travel to Europe. Well, her struggle has finally paid off as she is lately getting endorsements. Her most recent is with taxi service provider, Uber. She also claims to have a boyfriend in the UK.

While most socialites will deny leading questionable lifestyles, Pendo, who is not sure whether indeed she fits into a socilaite’s description, actually admits she regrets her past. Pendo became famous when she confessed about an infamous love affair with gospel singer Willy Paul. She claimed that the two had sex during a popular awards ceremony.

She later revealed that she lied saying to the singer; “I only had a crush on you.” In a recorded telephone conversation between the two, Pendo admitted having hoodwinked the media that she was having a ‘thing going on’ with Willy for her own showbiz ratings.

She later sensationally claimed that she slept with Nigerian superstar Davido. But the singer denied ever meeting Pendo, even though she stuck to her story.

Speaking to The Nairobian, she claimed that she regrets her past and did not want to address it.

“We are in 2016 for heaven’s sake. Those are mistakes I made in the past because I was young and vulnerable. Why are we still talking about this?” she posed. Pendo now claims that she has a job and a business that earn her a decent living.

“I work. I shoot Nairobi Diaries, music and do hosting. I also have my business on the side,” Pendo told The Nairobian.

While some socialites do this because they cannot earn a decent living due to their shortcomings as far as education is concerned, a potential learned friend actually dropped a mainstream career to flaunt her booty.

Corazon hit the limelight in 2014 after graduating from the University of Nairobi with a law degree and was about to join Kenya School of Law.

She also posed in a revealing photoshoot and her photos went viral after her photographer reportedly posted the images online.

There was still hope for Corazon, who in an interview then with The Nairobian claimed she wanted to be a lawyer to represent people in showbiz.

Things, however, did not work out as she wanted as the Kenya School of Law did not allow her to graduate due to her ‘questionable lifestyle.’ A video of Corazon twerking  in some dingy room turned her into a laughing stock. She disappeared for a while and later reappeared with news that she had opened a boutique in Lang’ata, allegedly bought a house and announced plans to start building her own house in Kisumu.

Corazon actually sells some of her clothes to another fellow socialite, Risper Faith, who has really struggled to stay relevant.

Risper now owns a small beer, wines and spirits shop in one of the upmarket malls. Before then, she used to live with a friend in a humble bedsitter along Thika Road two years ago. The former Mt Kenya University student has done it all - from shaking her thighs in upcoming musician Blacky’s video, to beating up another upcoming musician for not paying her for appearing in his video. Rent for a house in the neighbourhood she lives in goes for about Sh80,000 a month. 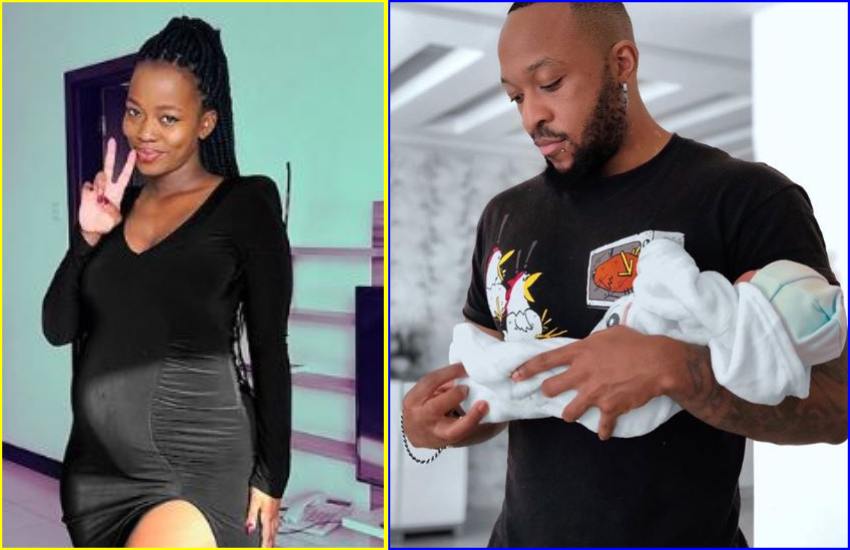 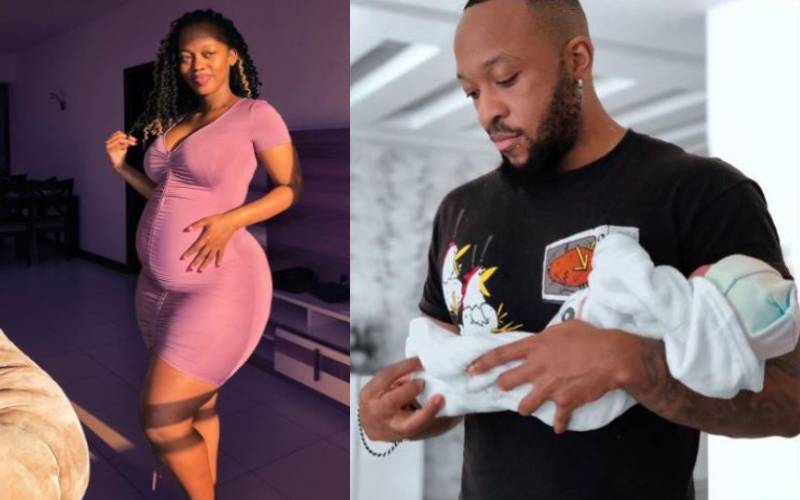 Frankie opens up, reveals Corazon developed complication that forced her to go into early labour
3 days ago 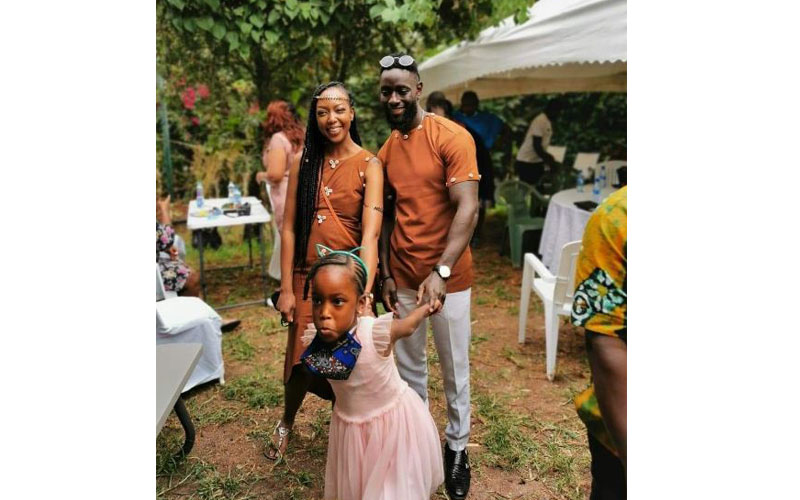 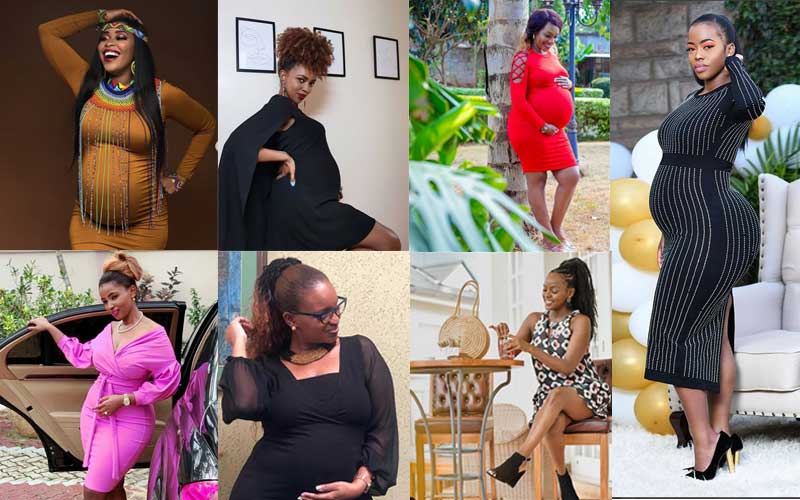