The truth shall set me free: Hon Sonia Jeev Birdi 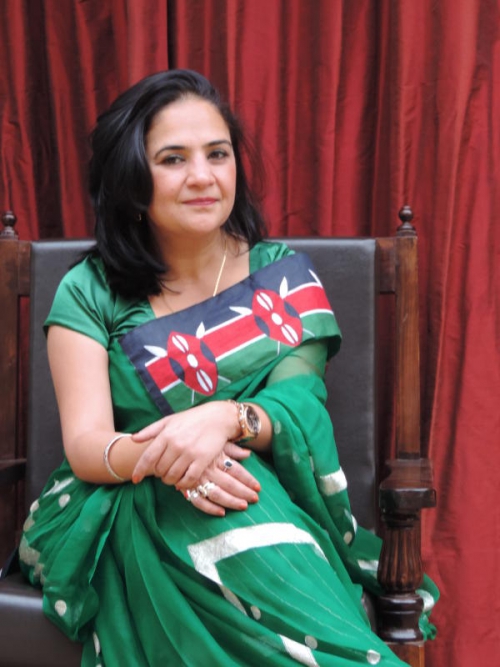 Do you approve Alfred Keter's approach?

Under the circumstances and the way the truckers were being treated at the weighbridge, it was only natural.

Were you fighting corruption or really condoning it?

We were fighting corruption. I cannot comment on the matter as it is under investigation with EACC and the truth will come out in good time.

Has the publicity worked for or against you?

It has worked both ways. But transporters, truckers and those who use the weighbridge understand the juxtaposition of the situation-why we had to be there. While the conduct may not have been acceptable from a member of parliament, they are thankful that we at least raised awareness of what is going on there.

Whose truck it was? Does it have valid papers?

It belongs to someone known to me. Yes it had valid papers.

What is your next plan regarding creating consumer awareness about weighbridges?

We want to liaise with relevant stakeholders such as the Minister of Transport and infrastructure to try and find a sustainable solution to the problems of truck drivers.

How did you get nominated to Parliament by URP?

I come from Makadara and I have support from the local people there. However if you are to win an elective position there, you must be a 'Sonko.' I approached the United Republican Party, who at first thought I was out of my mind. But after visiting Makadara with the party officials, they saw the support I had in the grassroots and that must have made them rethink their earlier perception.

I have a passion to represent and speak for minority groups, whose role in the country cannot be gainsaid. Asians for instance play a significant role in Kenya's economic growth, yet their participation in political governance does not correspond to their contribution to the economic well-being of the country. Thankfully, URP understood this.

How has your experience in Parliament been so far?

It has been quite interesting and eye-opening, but stressful as well. Politics is an undefined career. You have to chart your own path as you learn on the job. I was mentored by very few people who were very positive and supportive.

These included Kiprono Kittony and Vimal Shah. Politics is daunting because it involves a total lifestyle change. The last two years have made me more determined and I hope to mentor other individuals who represent minority groups.

What has been your contribution in the House so far?

One of my first contributions was on the Marriage Bill, which has a section on Hindu marriage. Imagine all these years, nobody ever asked anyone from that community whether this particular section is okay or not. There are further amendments on that section which I am going to bring to the floor in the near future.

I have also presented a petition to the Committee of Infrastructure regarding road A, B and C in Industrial Area. The people there have been writing to government officials since 2007. We know that budgets have been approved to repair the roads, but nothing has happened so far. In addition, I will be tabling a motion in Parliament to find out what the government is doing about building dams.

Is your experience as an Asian Parliament unique?

The question about my experience as an Asian is not valid. I am first and foremost a Kenyan and wish to steer clear of discriminatory views based on tribe, race or religion. We need to change the mindset that people only vie for elective positions in order to speak for their communities. I'm not an Asian MP.

What's your view on the chaos in Parliament during the debate on the Securities Laws Amendment Bill?

I was not in the House during the debate on December 18. But what transpired was a huge embarrassment to all parliamentarians. It was bad politics and had nothing to do with the Speaker. You don't expect an MP to pour water on the Speaker during debate.

Female parliamentarians have always had to work extra hard to earn respect in politics, hence it is disturbing to see one put all of us to shame in Parliament. We have to change our attitude as women in Parliament, otherwise, the objectives of the one-third rule will not be achieved by 2017.

What's that one unforgettable moment as an MP?

This was during the debate on the controversial Marriage Bill. Many women walked out of the House because the men ganged up against sections of the Bill. I did not walk out because I don't believe that walking out is the best way to express dissent or disagreement with people on certain issues.

We need to talk with each other, not shout. Although, it is easier said than done. People put politicians into two baskets, one they can buy from and one they cannot.

Would you say the case of Makueni is proof that Kenyans always vote for wrong leaders?

I wouldn't say we vote for wrong leaders. I once went to Kisumu to commission a borehole in a constituency where the people had not seen their MP, despite voting for him twice. We need to ask if the electorate is informed when they go to the ballot box.

Kenyans are the ones to blame if they think the leaders they choose are wrong. They have the power to change that in the next elections.

What do you think of the newly newly enacted Security Act?

Look at what happened in Paris. That shows the need to consolidate power. Even though some might complain that this is draconian and takes us back to the dark ages, my opinion is that if an enemy comes to your home, you don't just sit back and hope that he will leave peacefully. You have to force the enemy out.

This is what we need to do: force these people out. It is what the Act aims to achieve. Previously, the President did not have the power to do so.

Why did you opt for politics and not stick with say, family business?

Why is it so hard for Asian women to be married to Kenyans who are not of Asian extract?

It is true that currently, there is very little interaction between the Asian community and other Kenyans. It is largely due to the nature of Asians, who tend to be rather conservative.

This is not only the case in Kenya. Even in India, people find it difficult to integrate. However this problem is not only limited to skin colour, since even some communities in Kenya are still opposed to intermarriages with other tribes.

But there are positive stories too. If you go to Meru for instance, you will find Indians who have been in Kenya since the 1900s and have integrated so well with the local community, including by marriage. The younger generation is more open-minded than the previous generations.

Would you allow your daughter to be married to a Kenyan who is not Asian?

I'll have to have daughter and get married first for that to happen! I'm very single at the moment and hope to get Mr Right. If I am to be blessed with children, whom they marry will be their choice and I will support their decision. The resistance to intermarriage is even evident among Asians, like say a Hindu marrying a Sikh. As such the resistance can be even stronger when the union is between an African and Asian.

Where and what did you study?

How did you survive in Sheffield?

I was a sales and marketing executive for Asian TV. I had a job.

I worked as a radio presenter in the UK

What do you do for leisure? Visit the national parks. I also read a lot

A single event that changed your life? The Sinai fire tragedy.  I was moved to help the victims and that inspired me to be where I am today.