#MCM: Jasper Muthomi a.k.a MC Jessy- On his journey to stardom 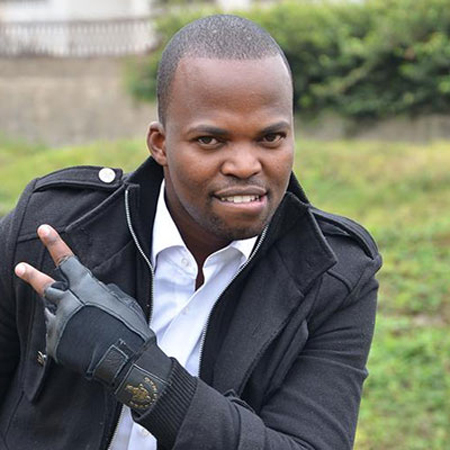 Probably the funniest Meru in Kenya, Jasper Muthomi a.k.a Mc Jessy’s comic accent has seen him ascend the comedy ranks, to become a well known comedy show host alongside his mentor Churchill.

Determined to conquer the world, Jesse left his Meru hometown and set out for Nairobi, in a bid to try out comedy, but what he thought would be quick and easy turned out to be long and tiring before he could breakthrough into mainstream comedy.

Born and raised in Egoji Village, Meru County, Jesse attended Embu County for his Primary School education and St Cyprian Boys in Meru for his High school. After class 8, Jessy had to stay back at home while his peers joined secondary school due to lack of school fee. Fortunately, a sponsor came along and saw him through his education.

Despite the financial constraints he managed to get another sponsor who helped him pursued Communications at Daystar University and he plans to do Masters in Political Science.

His great break came after the meet up with Churchill who gave him the chance to take part in the Churchill live episodes. “I tried auditioning many times, including Phoenix and Churchill Show season one, but never made it. I resolved to do comedy in our church which I did for five years. One day, I met Churchill in one of Carnivore’s toilets and engaged him. We bonded and he gave me a chance to perform in episode 36, season two” Jesse recounts.

Two weeks later, Churchill was away and Jesse got the chance to host the show in his place. That was what inspired the start of Churchill Raw which he was chosen to host weekly.

When not tickling audience ribs, Jesse is a family man with a beautiful wife and an energetic young boy, a youth leader at Winners chapel and a mentor to many other young comedians who look up to him. It is on that note that he becomes our MCM today.