Game of Thrones is set to return with a reported five spin-off series in development in addition to one previously confirmed.

Author George R.R. Martin found huge success when his fantasy series A Song of Ice and Fire was adapted into Game of Thrones by HBO.

The series premiered to critical acclaim and popular success in 2011 and aired its divisive final season in 2019.

Now The Hollywood Reporter has reported that Martin has penned a five-year deal with HBO worth a reported eight-figures.

The network is looking to create multiple spin-off series set on the fictional continent of Westeros, with five new series now in development and HBO, with Martin also producing the series “Who Fears Death” and “Roadmarks" for the network, which are currently in development.

This is in addition to the already-announced spin-off series House of the Dragon, a 10-part series focused on the ancestors of Daenerys Targaryen (Emilia Clarke) and set 300 years before the start of Game of Thrones.

It will examine the House Targaryen's rule of Westeros and their family civil war, known as The Dance of the Dragons.

House of the Dragon, which is produced by Martin, is said to expect to air in 2022, beginning production in April in England this year.

Among the other series that are noted to be in development is one focused on Queen Nymeria, an ancestor of House Martell and the Sand Snakes who founded the Kingdom of Dorne over 1,000 years before the start of Game of Thrones. The working title is 10,000 Ships, with a reference to Nymeria burning her army's ships after landing in Dorne to prevent them from turning back.

Another with the working title 9 Voyages is being developed by Rome showrunner Bruno Heller and will focus on House of the Dragon character Lord Corlys Velaryon, who is played by actor Steve Toussaint.

Meanwhile, a third is in development that is set to focus on the dangerous backstreets of the King's Landing slums known as Flea Bottom. Game of Thrones favourites Ser Davos Seaworth and Gendry were born and bred in Flea Bottom, but it is unknown when this series is set or if the characters will feature.

A fourth series would be an animated series set in the Game of Thrones universe but there are few details on this at this stage.

Finally, a long-hoped-for series based on the spin-off Dunk and Egg novellas from Martin is also in development, fitting with previous reports.

The novellas focused on the travelling duo of Ser Duncan the Tall, also known as Dunk, and his squire, Egg - the future King Aegon V Targaryen.

This would be set just under a century before Game of Thrones, with the character of Egg being the brother of Maester Aemon Targaryen from Game of Thrones.

It is unknown if or how this will impact Martin's writing and eventual release dates of the final two novels in the A Song of Ice and Fire series, entitled The Winds of Winter and A Dream of Spring.

The fifth novel A Dance With Dragons was the most recent to be released back in 2011.

According to the man of the cloth, it was good that his statement sparked a conversation, as that was God’s plan for the message he gave that day.In

The footage, which was obtained by TMZ, shows that the couple's relationship was in a precarious state at that point in 2020 as they headed towards go 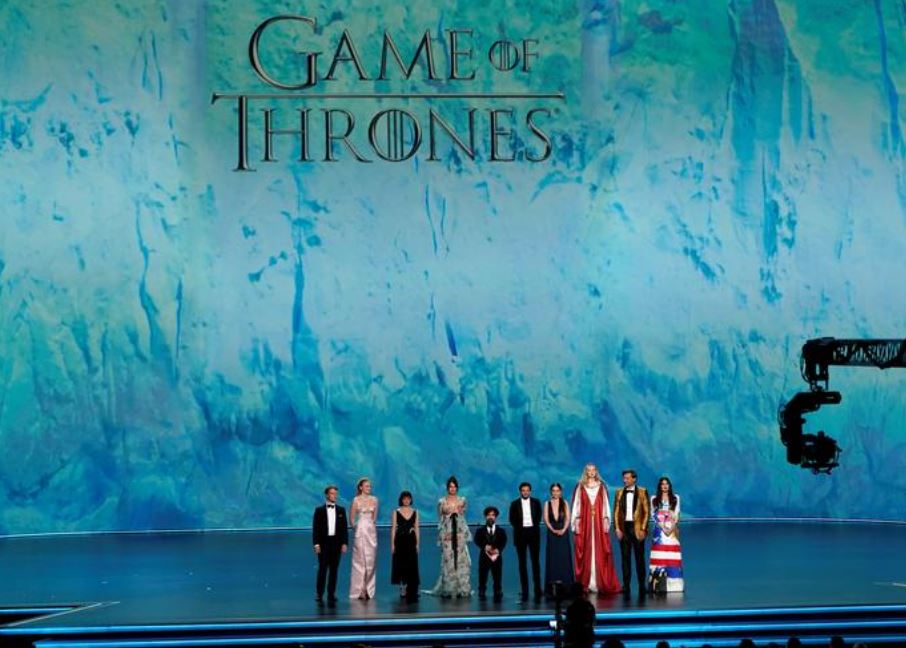