Adventurer's 'Into the Wild' bus may be headed to Alaska museum

The infamous bus that served as the final campsite for doomed adventurer Christopher McCandless could be preserved as a museum piece under a plan announced on Thursday by Alaska officials. The University of Alaska Museum in Fairbanks has offered to house the bus, removed by the state last month from its six-decades-long resting site near Denali National Park.

Read Also: 'Into the Wild' bus removed from Alaska trail for safety concerns

The 1940s-era bus had been an attraction for fans of the 1996 book “Into the Wild” and the 2007 movie of the same name. Over the years, hundreds trekked out to spend time at the abandoned bus, where McCandless spent 114 days before dying of starvation in 1992. Many of those making pilgrimages to the site put themselves at risk, prompting the state to airlift the bus from the trail made famous by the 24-year-old McCandless. Two hikers drowned during river crossings. Others have been rescued after becoming injured or stranded.

In February, five Italian tourists, one with frostbitten feet, were rescued, and in April a stranded Brazilian tourist was helicoptered out. The museum’s offer allows the state to memorialize all those who took shelter in the bus while avoiding the “specter of profiteering” from tragedy, Corri Feige, Alaska’s natural resources commissioner, said in a statement. “I believe that giving Bus 142 a long-term home in Fairbanks at the UA Museum of the North can help preserve and tell the stories of all these people,” Feige said. “It can honor all of the lives and dreams, as well as the deaths and sorrows associated with the bus, and do so with respect and dignity.” 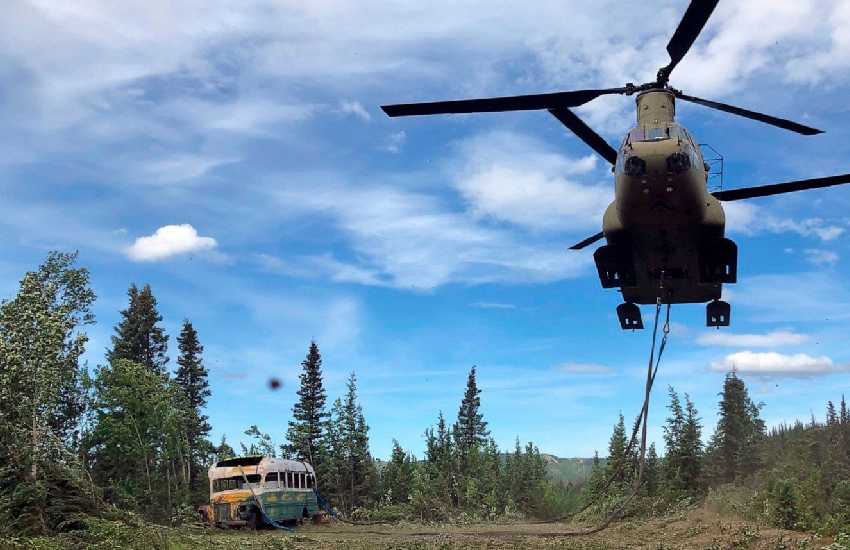