10 common mistakes to avoid when writing a will 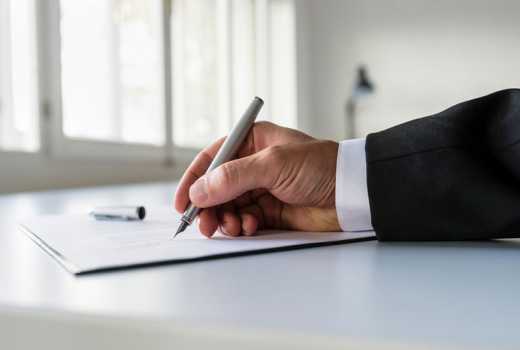 Many make wills and rest easy unaware that upon their death, they will be contested and their property divided against their wishes But how do you make yours iron clad?

A will is a legal document by a person on how his or her property should be managed upon death. However, it can only be valid when a mentally stable person above 18 years old makes it in the required form. Some of the many common loopholes made include:

It is wrong to assume that writing wills is a preserve of men who were traditionally the only ones to own property. According to Kenyan succession laws, both men and women are at liberty to write wills stating how they want their property managed or distributed upon death.

Some people still hold on to the customary belief that only sons can inherit property and daughters cannot be bequeathed. This is not the case.

For instance, in the case of Rono vs Rono, the sons claimed a greater share of their deceased father’s property than their sisters and mother.

When the dispute was filed in court, the brothers argued that under Keiyo traditions, girls have no right to inherit their father’s estate and that customary law supported their claim. However, the High Court found the argument unconstitutional.

Barely a decade ago, a similar dispute arose at the High Court in the Estate of Lerionka Ntutu. It was argued that Maasai customary law did not recognise the right of a daughter to inherit property from her father.

In her Ruling, Lady Justice Kalpana Rawal referred to the decision made on the case of Rono vs Rono that overruled the application of Maasai customary law. She ruled that daughters of a Maasai who dies without leaving a will were entitled to inherit his property.

According to the judgment, any tenet of customary law which would abrogate the right of daughters to inheritance is repugnant to justice and morality, and cannot be applied.

2.    Making a will before marriage

This may come as a surprise to many but a will made before marriage has no legal effect! Under Kenyan law, a will is revoked by marriage of the maker.

The legal reason is marriage changes the status of a person by bringing dependents (wife and children) who are heirs. However, where a will is made in contemplation of marriage with a specified person, it cannot be revoked by the union.

3.    Excluding children born out of wedlock

Some wills fail to take effect after children born out of wedlock and step children troop to court to demand their share of the cake. Legally, all children (including one in the womb) have the right to inherit from their biological parents.

Therefore, the easiest way out is to cater for all your biological children and hence avoiding protracted legal battles over property that can drag on for decades.

The High Court has on the several occasions ruled that children of a deceased man include those born out of wedlock to women who were not married to him. Therefore, the fact that the mother was not married to the deceased cannot elbow the children from inheriting his estate.

In 1995, High Court Judge Justice John Mwera, in the matter of the estate of Jonathan Mutua Misi, ruled that “a child of an adulterous union is entitled to inherit from his father as he is his progeny and cannot be expected to prove his mother’s marriage to his father”.

The Court of Appeal in the case of John Ndung'u Mubea vs Milka Nyambura Mubea held that the children of an adulterous union are children for the purposes of succession.

Unless you specifically state in your will, your come-we-stay partner may walk out of your relationship empty handed when you die. The law is only clear that a legal spouse is the known heir of the deceased.

It is usually risky for an investor to instruct someone to write a will on his/her behalf then goes ahead to give him a substantial benefit.

The person who writes the will may be honest but can be regarded as suspicious because eyebrows are likely to be raised whether the testator knew the contents of the will.

Take the case of Julius Wainaina Mwathi vs Beth Mbene Mwathi & Another, where the deceased -- who owned real estate- died in 1987 aged 65. He was a bachelor with no children but had a brother and two sisters. Two days prior his death, he made a will and bequeathed the property to his brother.

Following the death of the deceased, the brother applied for grant of probate of the will of the deceased and letters of administration were issued to him.

The sisters sought a revocation of the grant on the grounds of suspicious circumstances. It emerged that shortly before the execution of the alleged will, the brother had removed the deceased from their mother’s house to his (the brother’s) house for baptism and then shifted him back.

It also emerged that when he (the brother) wanted the deceased to dictate and execute the alleged will, he moved the deceased again from their mother’s house to his own house.

At the time the deceased allegedly dictated the will, he was quite ill and could not walk without support. The High Court ruled that the circumstances elicited suspicion and therefore was invalid and revoked the grant.

Under both Kenyan and Common Law, a will cannot be valid unless made by a person who is over 18. The person should also be mentally stable. As a legal rule of the thumb, infants and persons of unsound mind are incapable of making a valid will.

However, a will made before attaining the age of 18 can be legal when the testator (writer of a will) re-executes it confirming details of the fine print.

On mental incapacity, it does not mean that people suffering from mental illnesses are barred from writing wills. For instance, if such people write wills before their minds become affected, such wills are valid.

For instance, the case of Vijay Chandrakant Shah vs The Public Trustee Nairobi, the deceased suffered from acute syphilis and diabetes at the time he executed his will. The Court of Appeal, on the evidence, held that he executed the same during a lucid moment and therefore the will was valid.

In the case of Banks vs Goodfellow (1870), Chief Justice Cockburn ruled that the test of mental capacity to make a will is not directly linked to mental disorder:

“He must… have a sound and disposing mind and memory. In other words, he ought to be capable of making his will with an understanding of the nature of the business in which he is engaged, a recollection of the property he means to dispose of, and of the persons who are the objects of his bounty and the manner it is to be distributed between them.”

Legally, the test of legal capacity includes the capability to understand the nature of writing a will and its effects. A writer of a will can also be said to lack mental capacity if he/she does not understand his/her actions following the influence of alcohol or drugs.

It is also required that the writer of the will knows all his property and the people he is required to provide for following his /her relationship with them.

7.    Failure to have valid witnesses

For a written will to be valid, there must have been two or more witnesses who must have seen the testator either signing the document or appending his/ her thumb print. It is also a requirement for the witnesses to all sign the will in presence of the testator.

On the flipside, oral wills can only be valid when made before two or more competent witnesses and the testator dies within three months from the date of his/her pronouncement.

Moreover, an oral will cannot be valid if it is contrary to any written will the testator made – either before or after the oral will.

The wills are not cast in stone – the testator can change his/her will several times before death. However, if the alterations are several, writing a fresh will is advisable towards avoiding possible confusions.

There are living examples where testators write explicit wills stating how their property should ether be divided or managed upon death. However, the testators fail to name or appoint executors of their instructions!

For starters, an executor is a person who should implement the will. In such instances, the court appoints the executor(s).

10. Cause for coercion or undue influence

It is common where the testator is weak or impaired mental capacity or in failing health.

Writing A Will Feature Inheritance Row

Funeral home finds woman breathing hours after she was declared dead
News
By AP
4h ago
Salman Rushdie gives first interview since 2022 stabbing
News
By AP
6h ago
The Grammys ended in controversy, again. Here's what to know
News
By AP
6h ago
Viola Davis' Grammy win for audiobook makes her an EGOT
Showbiz
By AP
23h ago
Tems writes her name in Grammy history as first Nigerian female to win
News
By Fay Ngina
Feb. 6, 2023
.