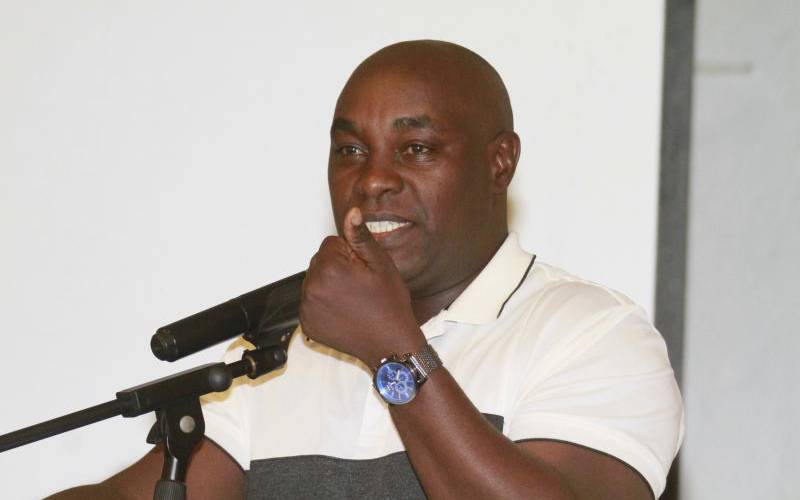 Kitui Senator Enoch Wambua (pictured) has said that the relationship between Wiper party and ODM has been strained and that there is no way the two parties would work together ahead of the 2022 elections. Speaking on Sunday at Nguutani Catholic Church in Kitui County, Wambua said ODM and its leader Raila Odinga had disrespected Wiper leader Kalonzo Musyoka, adding that the party was now working on “other real and credible coalitions.” “For the longest time now, Raila has demonstrated to us that he has no respect for Wiper and Kalonzo. We will not force him to work with us when he is clearly not interested,” Wambua said.

His comments come only a day after ODM Secretary General Edwin Sifuna announced in Kitui on Saturday that ODM had severed links with the Wiper party. Sifuna revealed that Raila would work with the three Ukambani governors to bolster his chances of clinching the presidency. Sifuna described governors Alfred Mutua (Machakos), Charity Ngilu (Kitui) and Kivutha Kibwana (Makueni) as “our true political friends” and thanked them for backing ODM candidate Imran Okoth who won the recent Kibra by-election. "In Kibra by-election, we (ODM) were taking stock of our friends, and we identified them one by one. We do not want people who are friends by the day and enemies by night,” Sifuna said at Tulia Grounds where he had accompanied Governor Mutua to a thanksgiving ceremony for Mutonguni Ward MCA Musee Mati who won the seat on Maendeleo Chap Chap ticket during a recent by-election. Sifuna dismissed Kalonzo as unreliable saying ODM had already moved on from the NASA agreement. Senator Wambua, however, dismissed Raila as a turncoat and an ungrateful even after Kalonzo shelved his presidential ambitions twice to support him.

“In 2017 he told us he wanted to dispense his last bullet then he will support us in 2022. There is a Memorandum of Understanding to that effect deposited with senior lawyers in this country,” claimed Wambua. Wambua noted that the Kamba community will not be hoodwinked to support Odinga for a third time, adding that the three Ukambani governors cannot deliver the community to him. “Kambas are now wiser and Raila should not expect that the Lower Eastern will back him in 2022. As Wiper we shall look for a credible coalition to save the country from bad leadership,” he said. He noted that the Wiper will only support the BBI report if it sought to advance a good cause of governance for Kenyans and not creating positions for a few politicians.