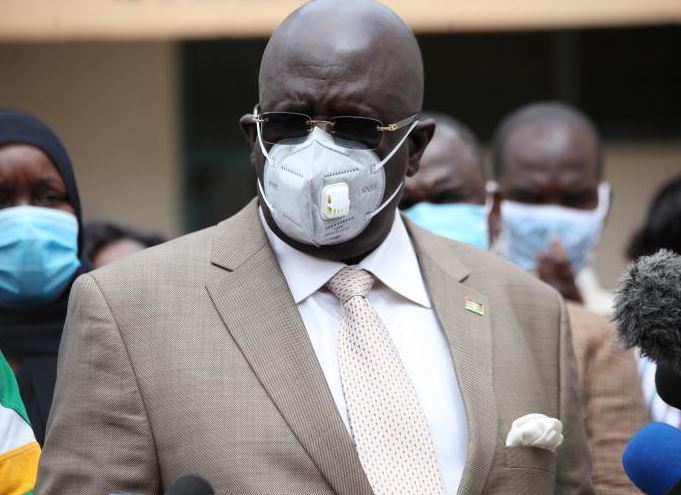 The education sector spent Sh768.5 billion on education in the last financial year, latest statistics by the Ministry of Education show.

The Basic Education Statistical Booklet 2019, released on Saturday by Education Cabinet Secretary George Magoha (pictured), shows that total expenditure on education rose from Sh625.6 billion in 2016/17 to Sh768.5 billion in the 2018/19 financial year, with the national government and households being the largest two funders.

The booklet is an outcome of the Fatuma Chege-led curriculum review task force that was formed by Magoha to gather data on education that will help roll out the Competency-Based Curriculum (CBC).

The new data shows that during the last financial year, 53 per cent and 33 per cent of spending in the education sector were from the national government and households, respectively. Household expenditure consists of fees and other indirect expenses borne by parents towards meeting costs of education. Internally generated revenue and county governments are other important sources of funding for the sector.

“Over the years, my ministry has put in place structures and systems to ensure collection, storage, retrieval and use of credible, reliable and accurate data. The establishment and operationalisation of the National Education Management Information System (NEMIS) has enabled the collection of real time data on various key indicators crucial to the ministry, education stakeholders and development partners in management and financing of education in Kenya,” Magoha said.

Availability of credible empirical data, he said, is therefore crucial as the government continues to implement reforms at all levels of education and training.

Unlike the case in primary schools, there was a higher percentage increase in public secondary schools relative to private schools.

The report shows that over the three-year period, public secondary schools have accounted for about 85 per cent of all secondary schools in Kenya, partly due to the Free Day Secondary Education (FDSE) and the 100 per cent transition policy.

The distribution of schools is correlated to the average school-size and mirrors human settlement patterns and population distribution. “The GPS data is also critical in mapping the learning institutions, major infrastructure like roads, amenities and key installations like electricity, internet and other communication infrastructure,” Magoha said.

There were 30 per cent, 16 per cent and seven per cent of the learners enrolled in the pre-primary, primary and secondary levels, respectively, in private schools.

By Mercy Adhiambo | 2 days ago