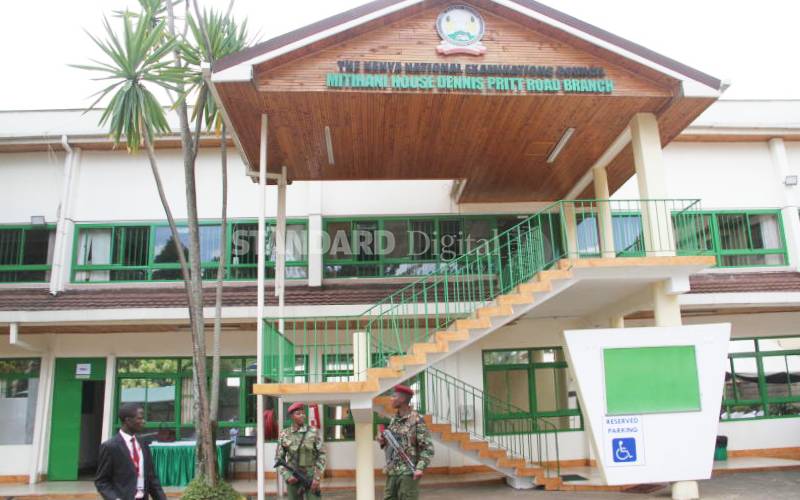 Headteachers in lower Gatanga, Murang'a County, no longer have to travel 150 kilometres to access examination materials.

This is after the Kenya National Examinations Council (Knec) set up a storage facility at the Ithanga Assistant County Commissioner's office following a plea from the teachers.

Gatanga Secondary School Heads Association Chairman Christopher Gatebe said over the past three years, teachers at primary and secondary schools in Kakuzi and Ithanga wards have had to travel long distances during the exam period.

Some, he said, had opted to rent rooms at Mabanda and Kirwara markets, which are near the Gatanga Sub-county headquarters, where they would spend the night after delivering the day's exam papers.

Knec to pay man Sh2m for denial of certificate

“Before the introduction of (the current) examination system, schools in lower Gatanga were part of Thika East division, but they were shifted to Gatanga district due to an overlap with the Kiambu/Murang'a county boundary. This turned transportation of examination materials into a complete nightmare,” Mr Gatebe told The Standard.

Gititu Boys High School Principal Francis Mutemwa said teachers were happy with the opening of the storage facility near their institutions. Schools in Ithanga and Kakuzi are within a 10km radius of the new storage facility.

Murder most foul: Soldier was ordered to support his 2 children

By Fidelis Kabunyi | 20 hours ago