University deaths: Did they have to die in college? 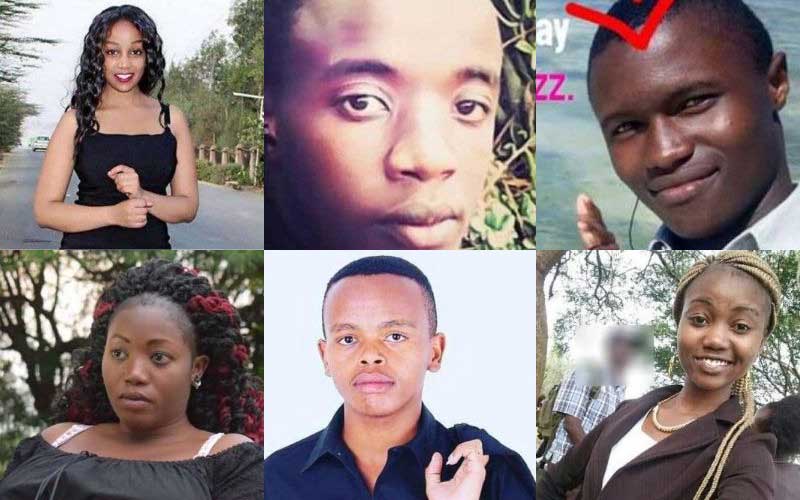 On February 22 this year, Bodil Okumu, a 20-year-old First Year Moi University Hotel Management student went for an evening swim with five colleagues at an Eldoret town hotel. He died.

“His colleagues reported that he jumped into the water and drowned without swimming,” Eldoret East OCPD John Owouth told the media.

“His colleagues pulled him out of the swimming pool when he was unconscious. A doctor who had taken her children to the resort diagnosed cardiac arrest and initiated first aid before he was rushed hospital where he died.”

At Taita Taveta University, Voi, James Njoroge Mugo drowned while swimming at the institution’s pool in November as did two other second year students from Pwani University who lost their lives on Christmas Day last year in separate incidents.

“I heard screams at around 5pm. The tides had become stronger and they overwhelmed Mutsoli,” an eye witness said.

Mutsoli’s death prompted County Police Commander Fredrick Ochieng to warn that hotels and clubs would be responsible for deaths associated with swimming if they do not have life guards on duty.

Aboud Kibwana, a professional rescue diver in Kilifi County spends most of his time saving non-swimmers at the Indian Ocean, says university students avoid swimming at unfamiliar ocean fronts if they are not confident of their skills.

“I have been advising all students not to swim at Kilifi Members Club beach and other beaches due to their depth,” says Kibwana, adding: “Due to lack of rescue patrol boats and lifeguards along our beaches, I prefer people to swim at beaches with stand-by local good swimmers, volunteer’s lifeguards and the Kenya Revenue Authority trained life-saving team.”

These students are among those whose dreams are cut short by suicide, accidents, illness and murder.

On April 2018, Kelvin Mugendi, a Second Year Computer Science student at Chuka University cut his life short because his girlfriend “had an affair with another man”, according to a suicide note he left behind.

His father, Peter Warui, described him as an introvert.

“Mugendi would spend most of his time alone and rarely left the house. He had been showing strange traits at home but I never thought he would kill himself,” Mzee Warui said, adding that he was not even aware that his son had a girlfriend.

Most university suicides arise when victims are unable to cope with broken relationships, exam related stress, financial hardships and, of course, underlying mental health issues. In July 2015, a report by Kenyatta National Hospital showed over 100 cases of attempted suicide among the youth aged between 18 and 25 (mostly campus students) within a span of two months.

Dr Chitayi Murabula, a mental health advocate, says it not surprising that suicide is the second leading cause of death among youths aged between 15 and 29 years.

“Studies have shown that most mental disorders such as schizophrenia, depression and bipolar mood disorder begin to develop in the late teens and early 20s.

Many youth are also experimenting with various substances such as alcohol, majiruana and khat. These and other factors make the youth vulnerable to suicidal behaviour.”

But nothing shook the country more than the murder of Sharon Otieno, a Second Year medical records and information student at Rongo University whose body was found in Kodera Forest in Homa Bay County.  Migori’s Governor Okoth Obado and others were charged with her murder

“The brutal murder of Sharon Otieno is deeply disturbing. Human life is sacred, cannot be taken so recklessly.

“Those behind this heinous act must be brought to book, however high or mighty,” Homa Bay woman representative Gladys Wanga said.

More macabre are cases where students kill their own, as happened last February when Egerton University student Edmond Ruto stabbed his girlfriend Cynthia Chelagat to death and attempted to commit suicide.

During investigations, it emerged that the girlfriend had complained to his friends that their relationship was rocky. Their landlord also said that the two brawled frequently.

Then there was Fridah ‘Velma’ Makena, a Second Year business management student at Meru National Polytechnic. She committed suicide when her boyfriend reportedly left her for another woman.

“Peer counselors are trained to tackle issues affecting students. We have recorded remarkable improvement since inception of these young counselors because they can easily relate with their fellow students,” Dr Juma said.

He says these counselors “only refer issues to him when matters have escalated.”

The institution has also initiated a Nyumba Kumi approach in the campus hostels whose leaders meet and discuss issues around the university.

“This approach has made communication flow easily to my office and has helped prevent two suicide attempts by our students,” he said.

Juma also noted that needy First Year students are grouped during the two-week orientation period to enable his office make follow-ups on their academic performance.

“During this orientation, we group students with special needs including those with fee payment issues where we monitor their performance,” he said.

As the world come together to celebrate this year’s International Women Day, a number of companies have lined up different plans to mark the occasion 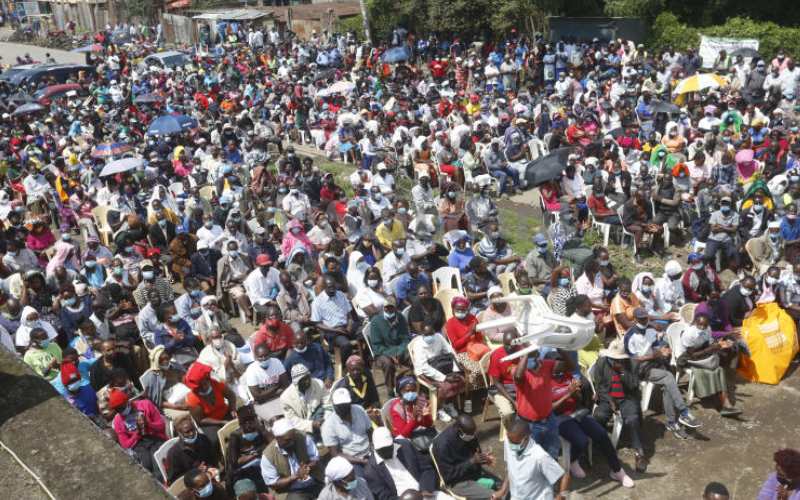