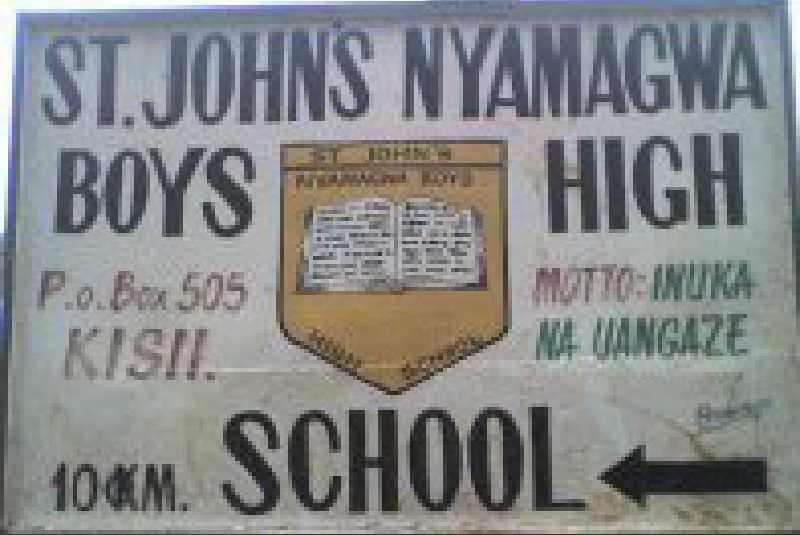 Two students from Nyamagwa Boys High School will be doing their KCSE exams from home after they were caught in a neighbouring girls' school dormitory on Sunday night dressed as females.

Kisii County Education Director Dr William Surgut said this was a disciplinary matter that was to be handled by the school.

According to Dr Surgut the students sneaked form their school on Sunday night to a dormitory in Nyamagwa Girls, where they were caught by the night guards.

“The administration will take disciplinary action as they sit for their examinations,” he said.

Kisii County Police Coordinator Benard Muli told the Standard their mistake did not constitute exam irregularity and there was no need to take them to court immediately.

“We have agreed that they sit their exams from home. We will present them in court once they are done with their exams and after carrying out further investigations.”

Police are also investing to establish the identities of three more students who managed to escape from the dormitory.

The two schools are under the Kisii Catholic Diocese and are situated off the Kisii-Kilgoris road less than 100 meters apart.

The school is among the best performing schools in the region.

In a petition seen by The Standard, the residents criticised the lackluster manner in which the police deal with the menace threatening to kill youths

By Martin Ndiema | 21 hours ago