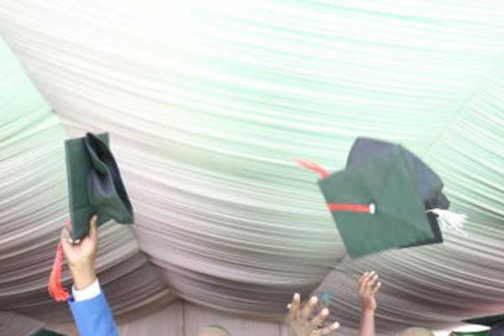 A Commission on University Education (CUE) audit report has revealed that some academic staff taught students at a level similar or higher than the qualifications they hold.

The report noted that the majority of academic staff in universities had Master’s degrees as their highest qualifications, making them unqualified to supervise postgraduate students.

“In some universities—like a private religious university in Nairobi—there were academic staffs listed as having doctoral qualifications yet they did not have them,” said the report.

“In certain cases, there was no appropriate academic leader. Some were not grounded in the area of study while others did not have doctoral qualifications. For instance, at a public university in the North Rift and a private one in Nairobi, deans doubled as academic leaders,” says report.

There was also no evidence that research was taking place in some universities.

Out of the 66 universities that provided information on research fund allocation, only 19 complied with the stipulated criteria.

On gender balance, there was non-compliance with the statutory requirements.

Only Technical University of Kenya, Maasai Mara, South Eastern Kenya University, University of Eldoret, Catholic University of East Africa, Strathmore University and Pioneer International University complied with gender composition. Some universities—like one in the South Rift—had appointed some staff on acting capacity for a long period of time.

There was also no evidence of implementation of the harmonised minimum criteria for appointment and promotion of staffs.

Some staff were found to have academic qualifications from foreign universities but there was no evidence of recognition by the Commission. Overall, the universities had a problem of complying with the 2:1 ratio for academic full time to part time staff and there were no proper policies governing part-time faculty, resulting in cases on non-payment.

“The ration of full time academics staff to students stood as high as 1: 166 (at a public university offering communication in the city) indicating an overload of academic staff.

Tragic incidences where little babies have been the only survivors

Chelsea surged 11 points clear at the top of the Premier League as Pedro inspired a 3-1 win over Swansea, while Leicester's gloom deepened as the troubled champions plunged into the relegation zone on Saturday.

By Wachira Kigotho | 1 hour ago

By Nehemiah Okwembah | 10 hours ago