Teachers seemed to capitalise on the goodwill of a government facing a re-election battle by securing a commitment from President Uhuru Kenyatta to implement a new pay deal once negotiated.

The development yesterday came a day after unions and the Teachers Service Commission (TSC) signed a historic
collective bargaining agreement (CBA), that will form the basis for talks on new pay that will cover an increment in
basic salary, which the Government hadvehemently opposed last year.

It emerged that the President had asked the parties to conclude talks on a new CBA by October so that the deal can be factored in the next budget, which coincides with the election year.

The Standard established that the President's deal with teachers was sealed during two separate meetings he held with the Kenya National Union of Teachers (Knut) and the Kenya Union of Post Primary Education Teachers (KUPPET) officials yesterday.

Details of the meetings indicate the President asked TSC to kick-start fresh talks with the unions immediately to end the bad industrial relations. "The President said we should sign a new CBA by October so that it be factored in the next budget," said Kuppet Secretary General Akelo Misori.

Knut Secretary General Wilson Sossion said the President had allowed teachers to start fresh negotiations on all terms of service.

This means teachers would make fresh proposals for basic salaries and allowances once talks start.

Last year, relations between President Uhuru's administration and teachers hit rock bottom after the Government fought an industrial court 50-60 per cent basic pay award to teachers and eventually had it scrapped by the Court of Appeal.

The Government flatly rejected the push by teachers for a salary increment, arguing that the economy could not support the additional wage bill and that it would distort the public service wage structure.

Earlier, TSC and the unions had between 2012 and 2014 convened 26 meetings but were unable to conclude a CBA, sparking a crippling nationwide teachers strike that the Government crushed.

But the sudden developments have had representatives of teachers celebrating and declaring an end to the era of strikes, at least for a few years.

The three-year CBA signed on Tuesday commits both TSC and the unions to begin negotiations for a new CBA starting July 1.

Yesterday, the President said he would support every effort to bring sanity in the education sector.

He said he had already engaged the National Treasury and the Ministry of Education to conclude talks that would award teachers negotiated perks.

"Let us get a new CBA before the end of this year. But let us not fight all the time. It is democracy but we must talk," the President said during the official opening of the secondary school heads conference in Mombasa.

A statement released by State House after the meeting said the President had welcomed the signing of the CBA, terming it a historic move that would improve the country's education sector.

"Today is, indeed, a historic day as we see the first ever CBA between the teachers' unions and their employer, TSC," the President said.

He committed "to do everything we can to ensure we do all that is possible".

On national examinations, the President said cheating would no longer be allowed and noted that new penalties would soon be introduced.

He said there would be no mercy and examination cheats would be jailed for up to 10 years.

"There can be nothing worse than seeing loss of hope for those who have spent time working hard and not getting results because of a few individuals," he said. The Kenya Secondary School Heads Association national chairman, John Awiti, said the association would not defend members condoning cheating.

How four Kenyans ended up in Juba prison

As half-brothers whose fortunes were taking different paths but living in the same four-bedroom house including their Kenyan employees, it was easy to tell the growing unease.

By Augustine Oduor | 34 minutes ago

By Jayne Rose Gacheri | 9 hours ago 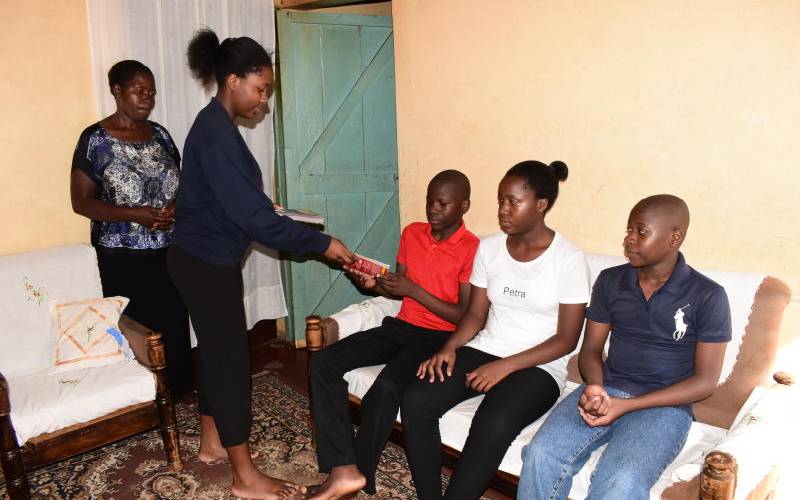