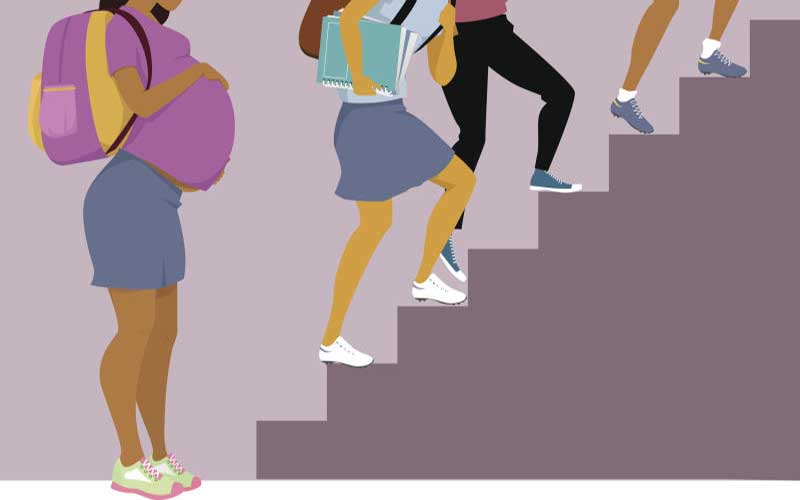 The number of teenage girls who have been put in the family way between January and July is shocking. Most of the girls are aged between 10 and 19, which should prick our collective conscience as a society into acting accordingly.

The latest case to be highlighted is that of Nandi County where 1,500 girls got pregnant between January and July.

In Narok County, 5,000 girls were impregnated between March when schools closed following the Covid-19 pandemic and July according to Governor Samwel Tunai.

According to previous reports on teenage pregnancies, at least 13,000 girls drop out of school each year. While some of the cases have been put down to high poverty levels that expose young girls to the wiles of, especially, boda-boda operators, lack of parental control is also to blame.

Today, most parents are too busy with their careers as to overlook their core responsibility, which is to bring up responsible members of society. To stop this vile, the government must take concrete steps. Cases abound in which parents of young victims have opted for out-of-court settlements, but this practice should be discouraged.

Chiefs and their assistants should be taxed with identifying and arresting known child molesters in their areas of jurisdiction even as stiffer penalties against child molesters are prescribed as a deterrence. Collectively, society must protect its young ones from harm.