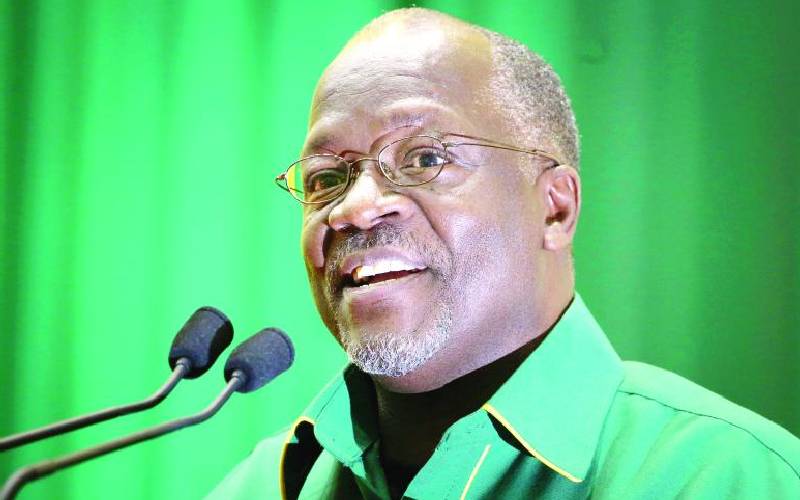 Tanzania holds its elections on October 28, 2020. Tanzanians will have the opportunity to affirm their faith in President John Maguli’s leadership or show him the door. Magufuli (pictured) was elected president in 2015.

Tanzania is one of the politically stable countries in the region. That, however, is not to say it has not had its fair share of shortcomings and hiccups common in nascent democracies across Africa.

Magufuli hit the ground running in 2015 and won accolades for the manner in which he tackled corruption. But as so often happens, heavy handedness has resulted in him losing favour with some of his people.

Attempts to muzzle the media and freedom of expression, part of which was achieved through the Cybercrimes Act 2015, have not gone well locally and internationally. Laws enacted a month ago, which seek to determine what the media reports, reflect negatively on the country’s ability to conduct free and fair polls.

The opposition in Tanzania has started crying foul two months to the election date. Opposition leader Tundu Lissu has raised complaints against the National Electoral Commission for giving preferential treatment to President Magufuli during presentation of nomination papers recently.

Lissu survived an assassination attempt in 2017. He has been living in Belgium since then and only returned last month. If truly Magufuli espouses democratic ideals sweeping across the world, he must desist from actions that disadvantage the opposition. The right of citizens to chose their leaders should not be atrophied in any way.

Further, a free press is critical to how Tanzanians and the world will view the final outcome of the elections.