Kenyans have every reason to fear MPs’ dancing to Executive tune

The move on Tuesday by Parliament to reopen the door to expensive bank loans was a culmination of questionable decisions by MPs in the recent past, which clearly go against the grain of public expectation and interest.

The lawmakers have increasingly been bowing to the wishes of the Executive, and in the process raising questions whether they subscribe to the doctrine of separation of powers between the three arms of government.

In their latest misadventure, the MPs returned Kenyans to the regime of high interest loans after they failed to veto President Uhuru Kenyatta’s decision to repeal the cap on interest rates. Only 161 MPs were present when the bell rang for the House to take a vote. At least 233 MPs were required to overturn the decision.

Their decision was welcome to bankers as it effectively gave them a free cheque to levy high interest rates. Before the cap, banks would charge up to 30 per cent interest. There are no guarantees that we are not headed back there.
There are several other cases that show the MPs have sang the song that the Executive would want them to.

Last month, they plugged their ears to strident public outcry and backed government push to raise the country’s debt ceiling to Sh9 trillion. Senate yesterday cleared the path for more borrowing after adopting amendments to the Public Finance Management law. On both occasions, the two chambers of Parliament postured to the public desire to stop the borrowing spree, while in reality looking at the Executive for cues on how to vote.

On Tuesday, Gatundu South MP Moses Kuria conceded that MPs have let Kenyans down on several issues, including on the piling debt. The MP catalogued a ledger of failures in a legislature that votes to curry favour with the powers that be instead of protecting the national interest.

This is worrying not least because it undermines the credibility and independence of Parliament, but because it signals a rogue Parliament that would unabashedly hawk its mandate to the highest bidder. For clarity, this newspaper recognises that there are a handful of men and women in the august House whose integrity is solid.

These few men and women have on many occasions stood for the national good, and Kenyans can always count on them to do the right thing, all the time. The problem is they are far too few to make an impact in a situation where numbers count. Indeed, it’s the curse of our times that our mongrel democracy has suffocated such voices through binaries of votes that allow the majority to always triumph.

Last year, MPs did the Government’s bidding and pushed through the changes contained in the Finance Bill, 2018, leading to a rise in cost of fuel products and consequently the prices of basic commodities. Despite ignoring the public, the MPs are said to have ignored expert advice of the Parliamentary Budget Office, which had warned against raising of the country’s debt ceiling.

In July, the President had his way after they did exactly what he wanted by rejecting proposals to nationalise the container terminal. This paved the way for Mediterranean Shipping Company, a private foreign entity, to operate the second container terminal with Kenya National Shipping Line.

Even House oversight committees no longer churn out hard hitting reports. Vetting of people nominated to public offices has become a farce. Instead of probing the candidates, MPs queue to sing their praises, not quite unlike court jesters of yore who lived off the crumbs of the kings. There is a brutal order to this madness of sycophancy: Instead of checking suitability of the candidates for the jobs they have been picked for, MPs use the sessions to cajole the candidates and position themselves for tenders and handouts upon appointment.

That this has continued for seven years now points to the futility of investing so much oversight powers in Parliament.

Matters were aggravated by the so-called handshake between Mr Kenyatta and Opposition leader Raila Odinga in March last year. Since then, MPs have been tripping over each other trying to impress the two at the expense of public interest. In a nutshell, MPs have become puppets of the Executive; whatever the Executive wants them to do, they do it with glee.

What makes grown-up men and women act so placidly before the very people they are supposed to hold to account? Whatever the answer, Kenyans have every reason to be afraid, very afraid, of the men and women they elected to Parliament. 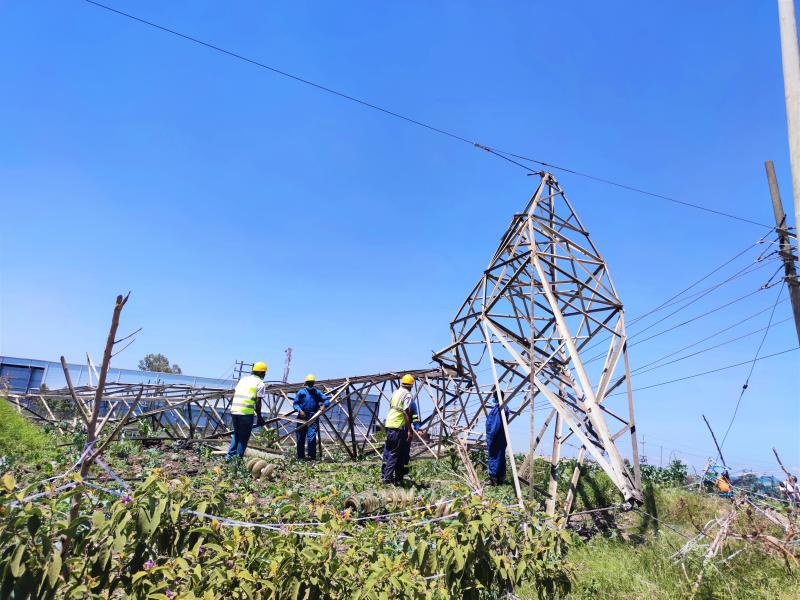