As expected, the brewing impasse over the appointment of 41 new Court of Appeal judges has caused a furore.

Obviously, the delay is affecting the operations of the Judiciary. It bothers us because this move adds to many others that seem calculated to cripple, and thereby undermine the independence of the Judiciary - a key institution that underpins our fledgling democracy.

The drafters of the 2010 Constitution appreciated the pitfalls of a Judiciary and a Legislature that were beholden to the Executive. To cure that, they deliberately baked into the law the doctrine of the separation of powers.

Commendably, the Judiciary has stood up against roguish politicians and power-drunk bureaucrats keen on bending the arc of history toward impunity, lawlessness, intolerance and injustice.

Together with the media and civil society, the Judiciary has been the bulwark against an overbearing Executive and a watchdog against a kleptomaniac Legislature.

Now it seems they are paying the price.

Drastic budget cuts and State officials, including Cabinet Secretaries, MPs, Principal Secretaries and even the Inspector General of Police, flagrantly ignoring and disregarding court orders signal a systematic assault on the Judiciary.

Last year’s case where the President declined to gazette Justice Mohammed Warsame to the Judicial Service Commission (JSC) because he had not been vetted accentuated the acrimony between the Judiciary and the Executive. The matter was, however, resolved after a court order was issued.

Last week, MPs slashed the Judiciary budget by more than half. It had requested for Sh31.2 billion, but it was handed Sh17.3 billion in the Budgetary Policy Statement. The MPs allocated Sh50 million for development.

Besides curtailing its operations, reduced funding will imperil the modernisation programme underway in the Judiciary.

In the aftermath of the annulment of their election victory in September 2017, many Kenyans were taken aback by the Executive’s display of anger.

President Uhuru Kenyatta and his Deputy William Ruto used unsavoury language against judges of the Supreme Court for seemingly taking away their victory, even christening them the “wakora” (scoundrels), with a threat “to revisit”.

This streak of intolerance bordered on abuse of office. The Leader of Majority in the National Assembly Aden Duale even threatened to rally Jubilee Party’s majority in the House “to fix” the Judiciary.

Well, that did not happen immediately. But now the question arises: is this the Judiciary’s moment of reckoning that was promised?

Supposing there is a concrete case against some of the 41 listed, what needs to happen?

Ideally, like in the case of former Deputy Chief Justice Nancy Baraza, such charges would have warranted the filing of a petition with the JSC, which would then recommend the removal of the office holder. Ms Baraza resigned in 2012 after a security guard alleged that she had pinched her nose and threatened to shoot her at the Village Market, a mall in Nairobi. A tribunal formed at the time found her guilty of gross misconduct and recommended that she be removed from office for “inability to control her behaviour.”

That is the safest and most sensible – and legal – route the Executive ought to have taken.

Besides the crippling budget cuts, disregarding court orders is counterproductive and only serves to undermine the confidence in the Judiciary. Experience from the 2007-08 post-election violence – following disputed presidential election results – shows that a lack of trust in the Judiciary can tear the country apart.

Then PNU’s President Mwai Kibaki had been declared the winner by the defunct Electoral Commission of Kenya. ODM’s Raila Odinga cried foul. The PNU side then asked the ODM side to go to court if they felt aggrieved. What followed was an eruption of violence that led to the death of 1,300 people and the displacement of half a million Kenyans.

Despite its faults, the Judiciary still remains our refuge for the maintenance of law and order, justice and fairness. That is why the Government must ensure that the Judiciary is funded adequately and that it has enough officers for the effective administration of justice.

Delaying the appointment of the new judges will only slow the wheels of justice and aggravate the suffering of Kenyans at a time when the Judiciary is labouring under a backlog of cases. The faster the judges commence work, the better for this country.

Judiciary Court of Appeal judges
Share this article on social

Ballon d'Or owner loses trademark fight against UK's Golden Balls
Football
By Reuters
12 minutes ago
Take photos, post them, but the internet never forgets
BLOGS
By Ojiambo Ainea
14 minutes ago
Only court can revoke clearance of presidential candidates, IEBC says
National
By Stephanie Wangari
35 minutes ago
How to keep a mango tree small
Crop
By Jennifer Anyango
42 minutes ago
. 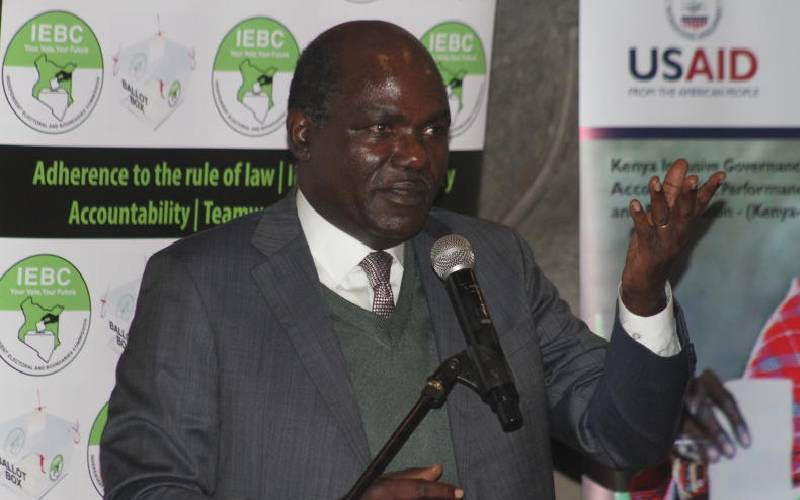 By Stephanie Wangari 35 minutes ago
Only court can revoke clearance of presidential candidates, IEBC says