After Somalia’s snub, Kenya should focus its energy on ICJ 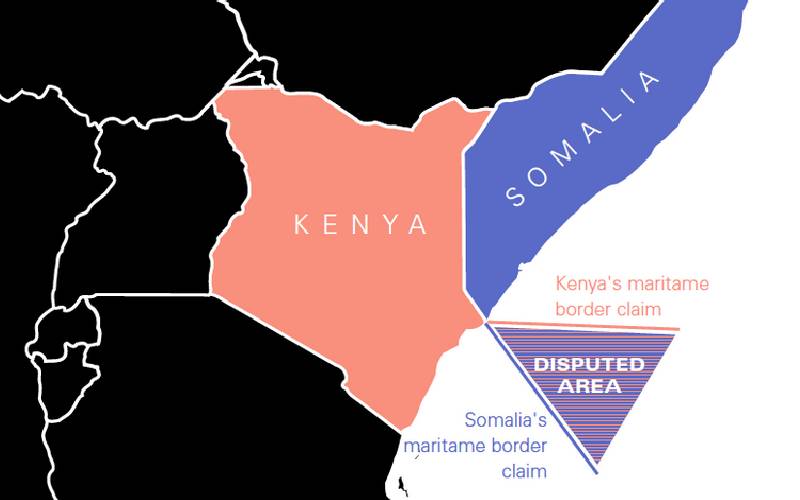 Kenya has been keen to resolve its maritime dispute with Somalia out-of-court. However, its dogged efforts to steer the ship in that direction appear to have come a cropper.

Last week, Somalia President Mohamed Farmaajo rebuffed President Uhuru Kenyatta’s request for negotiations after meeting between them that was brokered by Egyptian President Abdel Fattah al-Sisi, the chairman of the African Union, on the sidelines of the UN General Assembly in New York.

Mr Farmaajo told the UN assembly that attempts to resolve the matter out-of-court that negotiations had foundered and that only the court can now resolve the dispute. He said Somalia is ready to respect the court’s decision and said Kenya should do the same.

For some strange reason, Somalia sounds quite optimistic with the case it filed against Kenya at the International Court of Justice (ICJ) in The Hague.

On the contrary, Kenya is somewhat diffident and that partly explains its frantic efforts to have the case settled outside court.

It is not hard to see why Kenya is unsettled. The country stands to lose a lot if this case doesn’t favour it. Besides the immense oil and gas wealth said to be hidden beneath the contested 100,000 square kilometre triangle in the Indian Ocean, losing the waters would greatly hurt Kenya’s economy by injuring its bustling shipping business and mortally wounding its ambitious blue economy plans.

The fact that the President of ICJ, Mr Abdulqawi Ahmed Yusuf, is a Somali also appears to raise jitters in some quarters. Early this month, David Matsanga, a Ugandan and the chairperson of Pan African Forum, filed a petition at the ICJ asking Abdulqawi, the presiding judge in the case, to recuse himself over “conflict of interest” considering his Somali background.

In light of this, there is need for the court to not only assure pessimists like Matsanga that it will be objective but to show fidelity to the law in this case.

There is also need for the ICJ to reaffirm its independence and to assure that there will be no meddling in the case by European countries, whose oil companies Kenya has accused of fueling the current conflict with Somalia. Specifically, Nairobi accuses Somalia of selling oil blocks to UK and Norwegian oil companies in the contested waters.

ICJ’s assurance that there will be no meddling would be important because early this year a German judge resigned from one the UN courts in the Hague after accusing the US and Turkey of interference. The ICJ should not give Kenya a reason to doubt its independence and poke holes in its judgment.

The truth of the matter, however, is that despite Somalia’s optimism, this case, on level ground, can go either way.

The problem is that the loser—be it Kenya or Somalia—is highly unlikely to agree with the decision of the court due to the high stakes involved.

That’s why Kenya’s proposal for a negotiated agreement, which now sounds hollow to Mogadishu, is the best route out of this quagmire. A mutually agreed solution, although it has been hard to come by, is likely to hold for long.

The alternative, a court-decreed solution would be good, but it could leave a bad taste in the mouth of the loser thus souring relations between the two neighbours and raising needless tensions.

What Kenya and Somalia leaders should know is that the two countries will need each other now and in the future.

That’s why they need to solve their differences amicably.

But because Somalia insists the court is the best platform to solve the dispute, Kenya should not put too much emphasis on its desired mode of solving the dispute at the expense of the court case. It should put its best foot forward to ensure it carries the day in court.

Even as it seeks to make Somalia listen to the voice of reason, it should assemble the best legal team and evidence ahead of the hearing of the case in November.

In any case, Kenya has a strong case and stands a good chance to win the case. But it is unlikely to win if it does not focus all its energy on the ICJ route.

"KTB should aggressively identify the ideal market to boost earnings."