Man, 53, dies after fire razes down his house 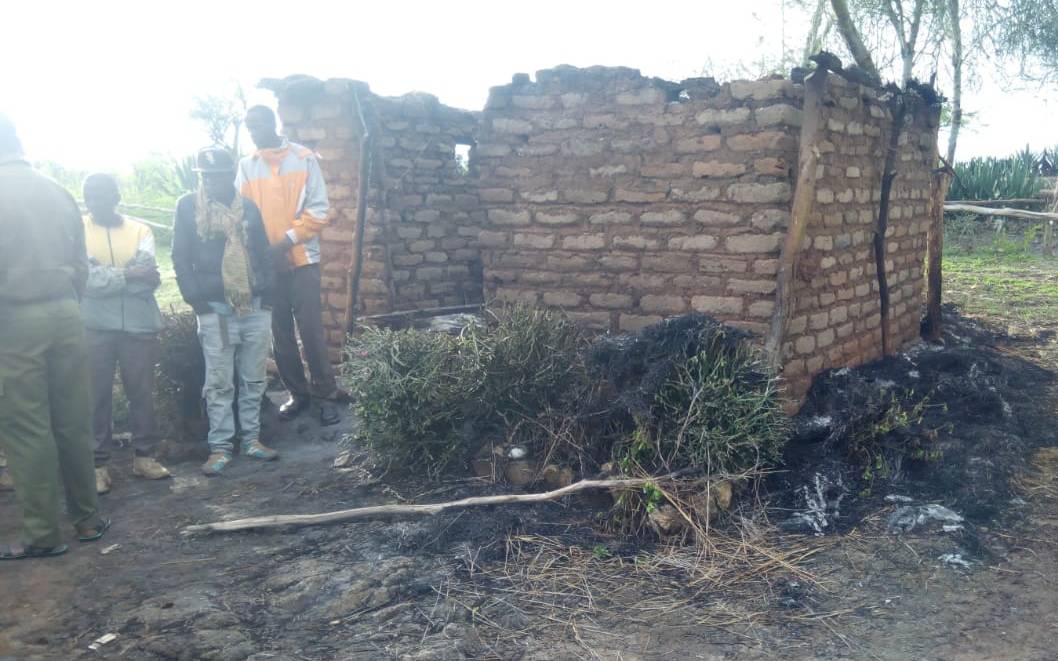 A 53-year old man died after a fierce fire gutted his one-roomed house in Ngomano Village in Masinga, Sunday night. Area assistant chief Josephat Sikuku said neighbors raised alarm after they saw the deceased’s house going up in flames in the dead of the night. “We rushed to the scene and did all we could to put the fire out but we could not succeed. We suspect that he could have dozed off and left his tin lamp burning which might have led to the accident,” he said.

The man’s body was pulled out of the debris later, with some body parts having been completely burnt to ashes. A family member revealed the deceased was last seen at around 11 pm while appearing very drunk. Area Sub County Police Commander Francis Siror who confirmed the incident said police have launched an investigation into the matter.  “We have not yet to establish the exact cause of the fire, but we are pursuing several leads. In the meantime, his body has been removed to Median mortuary in Matuu,” Siror told Standard Digital Monday morning. Elsewhere, a Form three student at Muisuni Girls High School in Kangundo died after a school toilet collapsed last night. Another student has been referred to Machakos level 5 hospital after surviving the accident, which police have linked to heavy rains.

Rescuers from Machakos County Emergency Services department were forced to pull down the entire toilet block in order to rescue the students who were trapped. The deceased’s body was removed to Kangundo hospital mortuary.