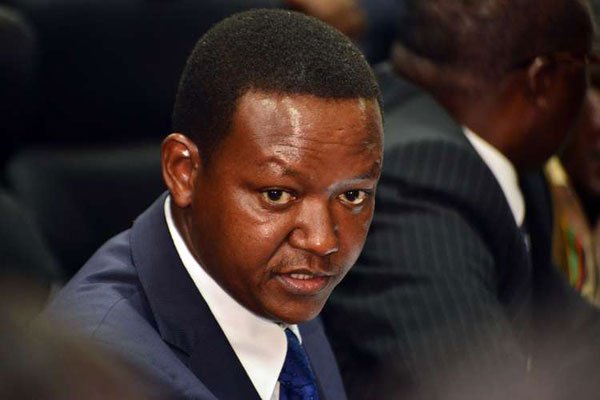 Machakos Governor Alfred Mutua got a reprieve after the High Court stopped his arrest for failing to appear before the Senate to answer audit queries in his government.

Justice James Makau ruled that it will be unfair for Inspector General of Police Hillary Mutyambai to effect the warrant of arrest issued by the Senate against the governor when he had raised genuine reasons why he failed to appear before the audit committee.

Mutua, in his application, accused the Senate Public Accounts and Investments Committee of having a hidden agenda to bring him down over audit queries in his government and accused Machakos Senator Boniface Kabaka of spearheading the scheme.

Dr Mutua maintained that he is not afraid to appear before the committee but will do so in a sober environment and on a date which is convenient to all parties.

The committee, chaired by Homa Bay Senator Moses Kajwang, last week issued a warrant of arrest for Mutua for failing to appear before it for the second time and directed the Inspector General to effect the arrest.

The governor said he has been out of the country on a trip he planned earlier and fears that, unless the court suspends the warrant, the police will likely arrest him upon his return from Australia.

His lawyer Wilfred Nyamu submitted that the governor had provided sufficient reasons why he was uncomfortable appearing before the committee on previous occasions but the committee failed to assure him of being objective in its sittings.

The case will be heard on November 18.