Scare as police shoot matatu driver on the leg

The driver of a 14-seater matatu heading to Nairobi from Meru town escaped death narrowly after a police officer opened fire at him at a roadblock in Kangaru area of Embu County.

John Njuki sustained a gunshot wound on his left leg and was admitted at the Embu Level Five Hospital.

The officer who shot him is in the rank of police inspector attached to the Embu West Police Division.

A bullet hole was left on the driver’s door.

The incident which happened on Monday evening caused a scare among passengers as passers-by scampered for safety, leading to traffic snarl-up.

“Why did the police rush to shoot the driver while he was slowing down? They also searched the car and could not find the alleged firearm,” said Kinuthia, the matatu conductor. 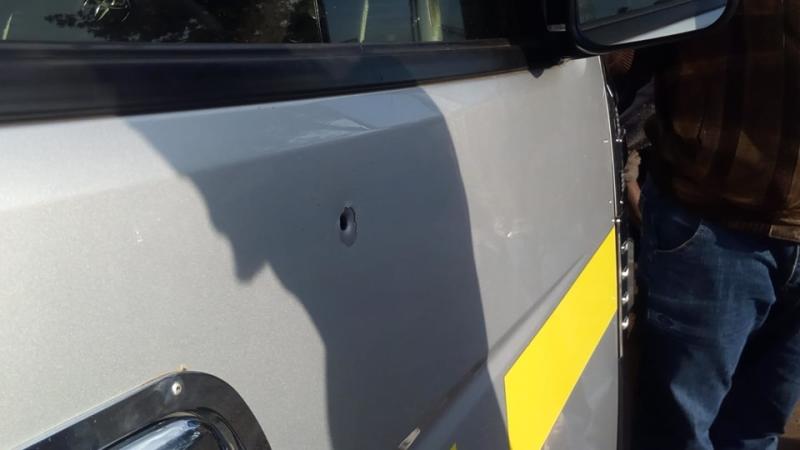 He said the matatu was full of passengers at the time.

Lucy Wanja, who was riding on a boda boda, recounted seeing two police officers with guns pointed at the matatu before gunshots rent the air.

Paternity disputes can unearth nasty surprises
HEALTH
By Dr Alfred Murage
31 mins ago
Lord make me an instrument of your peace, Odinga's prayer ahead of poll results
National
By Winfrey Owino
1 hr ago
Archbishop Anthony Muheria: Don't burn Kenya because of elections
National
By David Njaaga
1 hr ago
Man threatens to kill ex-wife, gets five years in prison
NEWS
By Lilian Chepkoech
1 hr ago
.

By Philip Muasya 3 days ago
GTAP seeking better quality of life for all, says Isaac Kalua