Two governors from Mt Kenya East have said that the secret to the economic prosperity of the region is in forming an economic bloc.

They said the region had been left behind by other counties in Rift Valley and Western Kenya which had active economic blocs.

"The rest of the country does not take us seriously because we don't speak the same language politically yet we have the same economic, social and cultural traits.

Let us start having a common agenda for the benefit of our people in the long run," Mr Njuki said.

The Tharaka Nithi governor, who also serves as the Secretary of the 10 member Central Kenya Economic Block (CEKEB), insisted that the counties must speak in a united voice socially, economically and politically.

The two were speaking in Runyenjes Constituency, while attending the retirement and thanksgiving service for Reverend Eliud Njiru M Njamiu.

“We discussed the mutual economic responsibilities and pacts to avoid duplication of set up of value addition factories in our region,” he stated.

“We have also agreed to initiate shared and jointly funded Infrastructure such as bridges and dams in River Thuci that acts as our boundary, further, we have agreed to source for a common market for our coffee and avocado,” Mr Njuki stated.

So far 10 governors from Mt Kenya region have been at the core of plans to form an economic bloc. Embu, Kiambu, Kirinyaga, Laikipia, Meru, Murang’a, Nakuru, Nyandarua, Nyeri and Tharaka Nithi counties are at the centre of the bloc.

The governors spear heading the bloc’s formation have so far focused on economic transformation through agriculture and agri-business, industrialisation, healthcare, tourism, water and resource management, infrastructure and ICT.

Five die, four go blind after consuming illicit brew
This comes after five people died and four others lost sight after consuming the brew within the Karuku area of Mwea in Mbeere South Subcounty.
Eastern
By Muriithi Mugo
5 days ago

Embu stalls burned as Boda Boda operators protest police harassment
"I had just stocked my workshop and everything has gone up in the flames,” said Kamau.
Eastern
By Muriithi Mugo
6 days ago

Kivuti skips poll debate as rivals face off on economy and health
The leaders accused the outgoing administration of fairing poorly and having little to show despite the billions of shillings it received from the exchequer.
Eastern
By Muriithi Mugo
8 days ago 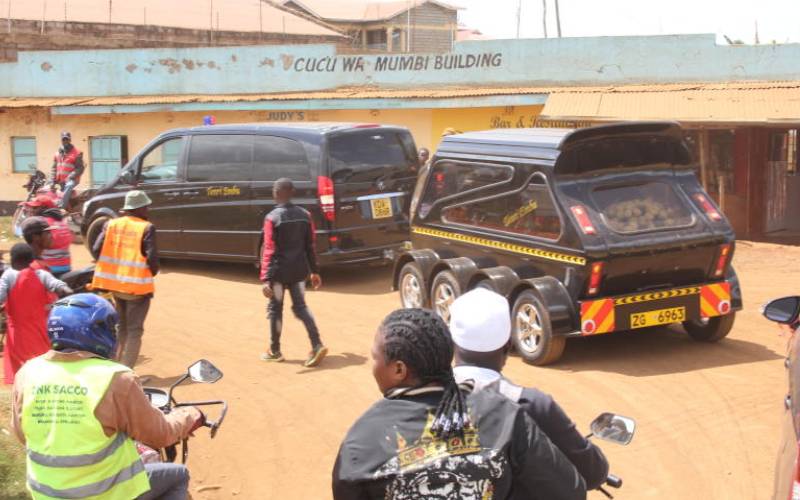