There may be merit in reducing size of government

Nairobi; Kenya: Whatever else we may make of Eric Orina’s petition to Parliament to review several provisions of the new Constitution, one that must be worthy of our engagement is the proposal to reduce the size of government. This debate is as old as the review process itself, from when the first draft was released by Prof Yash Pal Ghai in 2002. On the one side were the political and social activists who extoled the proposed structure as the only way for Wanjiku to have a taste of the national cake. High optimists on this side did not want any questions asked. An article on the ICJ website just prior to the referendum declared boldly, “We are not likely to come up with a new Constitution that will cost less than the current one. Clearly, the argument should not be whether the new Constitution will be more expensive. That it will be. The concern should be whether it is good value for money.” The spirit of this argument appears to have been that Kenya has the money and our only problem should be getting good value for it, and at whatever cost.

On the other side were apparent pragmatists who wanted to know the shillings and cents it would require to effectively run the expanded two-tier parliament; the numerous commissions and constitutional offices; and most of all, the extensive devolved units and their attendant structures. Some pessimists on this side even predicted that the country would not run for even one year under the proposed new system.

In between were the Church and other religious leaders who considered the matter serious enough to warrant expert advice. The verdict of expert opinion was that devolution was an idea whose time had come. Kenya needed a structure that would ensure equity for all its citizens. Devolution was thus seen as the only way to stem the pervasive pork barrel politics and rampant corruption that had become the culture of the nation. However, there was a clear warning against swinging the pendulum to a bloated structure that could gobble up all our national resources in operational and maintenance costs.

Accordingly, the Church prosecuted these matters in the public domain, calling for sobriety in the setting up of the structure of government. Unfortunately, as is characteristic of Kenyans, the Church was branded selfish and anti-reform, serving enemies of progress and development. But, the chickens seem to be coming home to roost. It is becoming plain to all and sundry that the government wage bill, for example, is unsustainable within the current structure. However, the response to this reality has been lacklustre to say the least. And it has reminded me of a childhood tale that I vaguely recall.

The hare and the elephant were two great friends. The hare, however, burned with this overwhelming desire to taste the fat of the elephant. In a moment of wit, the hare crafted a ruse. He proposed to make shoes for the elephant’s feet to protect them from the rugged terrain of the jungle. The elephant considered it a great idea but doubted the hare’s shoemaking skills. “Simple,” the hare assured his friend, “just come home with me and you will soon have your shoes fitted.”

Pastoralist MPs demand immediate action to save people and animals

On arrival, the hare had set up a huge furnace upon which he instructed the elephant to sit as he got a piece of roasted hide from the elephant’s behind. Not wanting to display cowardice, the elephant reluctantly sat on the blazing furnace. And as his bottom roasted, the hare sat down to a feast – cutting away chunks of roasted elephant fat from behind! But as the elephant squirmed in pain, the hare sang him a song:

And so the elephant endured the pain as the hare feasted on fatty roast meat. When the pain became unbearable, the elephant jumped up from the fire with a shout, “Shoes or no shoes, I can’t bear this pain!” But by this time the hare had eaten to his fill and disappeared in the thicket. That is why the elephant has a flat and rough bottom.

In the constitutional process, it is clear many of the players have since ensconced themselves into one sector of government or other. But as they enjoy the fat of the land, Wanjiku is squirming under the furnace of strange taxes and levies to pay for this opulence. Instead, the hare is simply encouraging us to bear with the pain as the shoes take shape. This is where we hope Orina’s petition can help us arise from these devouring flames, fast.

And yet, to expect the hare to deliver us from our pain is to be sanely optimistic.

The Kenya Dairy Producers’ Association (KPDA) has launched a campaign to sensitise the public on the benefits of consuming processed milk.

By Rosemary Nzuki | 25 minutes ago 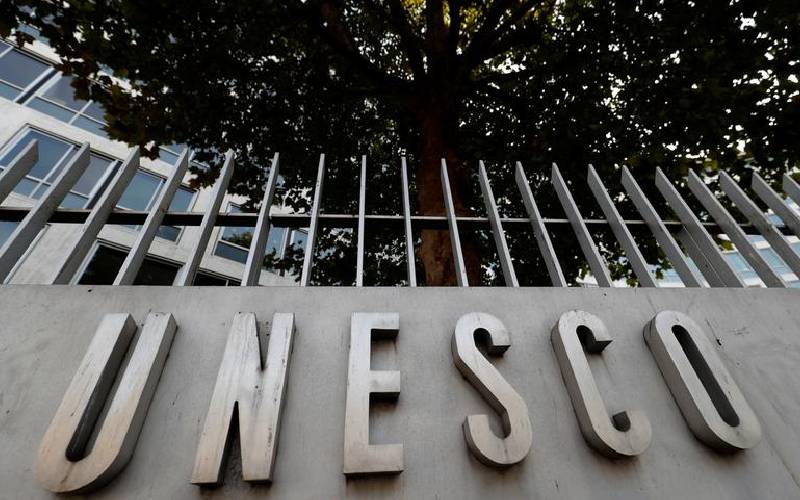 By Dr Kipkirui Langat | 1 hour ago