Who will be the punching bag in 2022 elections? 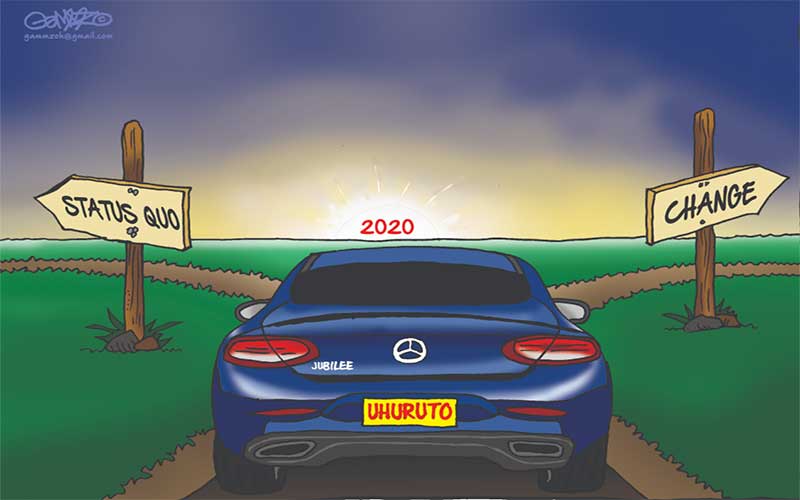 In an interview with a TV station this past week, former Jubilee Vice Chair David Murathe insinuated that the President had failed to implement a great deal of his development agenda because of the Deputy President’s ‘nagging’ nature. He said the DP behaved like a co-president in term one. He ‘hogged’ the Presidency, leaving Uhuru no space to govern. In short, the DP implemented a vision completely different from that which the President intended and now, the President is taking back control.

This was made evident to the nation on Tuesday, in the President’s fully loaded ‘Statement of Intent.’ In his address, the President demoted or got rid of some of Ruto’s ‘allies’ in government, while simultaneously renewing his ‘pledge’ to central Kenya. Uhuru promised central Kenya that he will commit his energy and resources towards rehabilitation of their agricultural sector.

If Uhuru makes good on his word, he will salvage his reputation in Mt Kenya. And if he does so, Ruto’s ambitions for 2022 may be forestalled. In central Kenya, Ruto has been welcomed with open arms, but, not necessarily because they love him. It is more likely that they embrace him because they are disgruntled with Uhuru. In other words, they are not pro-Ruto, they are anti-Uhuru. Gema is unbankable as far as support for Ruto, or any other ‘outsider’ goes. In 2022, they will be in unchartered waters. For the first time, they will have to vote in a poll in which a non-Gema candidate will not be on the presidential ballot.

But those attempting to turn Ruto into an object of aggression should recall that when things go wrong, people do not blame the man responsible, they blame the man in charge. People also love to rally behind an under-dog. And this is how Ruto could survive. But the president still has a saving grace: the agricultural and MSME reforms. If these are realised for Gema’s peasant farmers and its urban working class in Nairobi, the tide could turn in his favour. Otherwise, he himself remains the political punching bag.

Mr President, think of those whose lives hang on alcohol

Mr President, think of those whose lives hang on alcohol