Who is this man Karim Khan 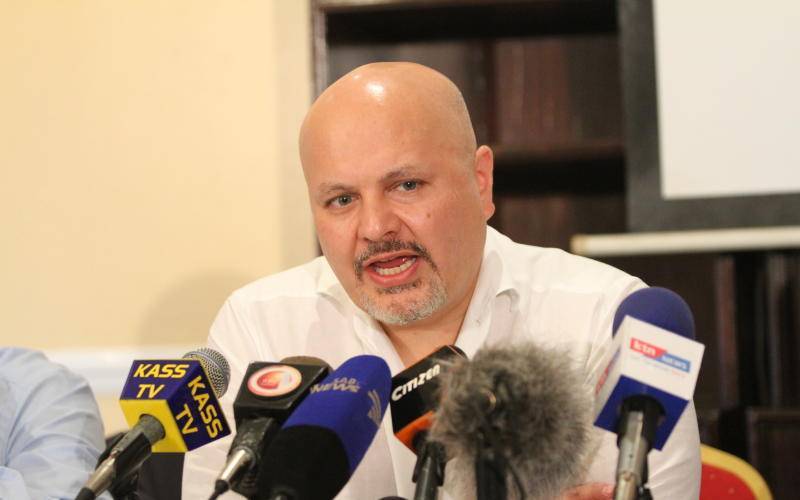 Parties to the International Criminal Court on Friday elected Britain’s Karim Khan (pictured) as the new prosecutor for a nine-year term starting on June 16.

Following his appointment by United Nations Secretary-General António Guterres, he is currently an Assistant Secretary-General of the United Nations and serves as the Special Adviser and Head of the UN Investigative Team for the Promotion of Accountability for Crimes Committed by Da'esh/ISIL in Iraq (UNITAD), which was established pursuant to Security Council Resolution 2379 (2017) to support domestic efforts to hold ISIL (Da'esh) accountable for acts that may amount to war crimes, genocide, and crimes against humanity in Iraq.

Comeback kid: Uhuru rolls with the punches in rollercoaster career

Khan was called to the Bar of England and Wales by Lincoln's Inn in 1992. He later attended Wolfson College at Oxford University for his doctoral studies in law. 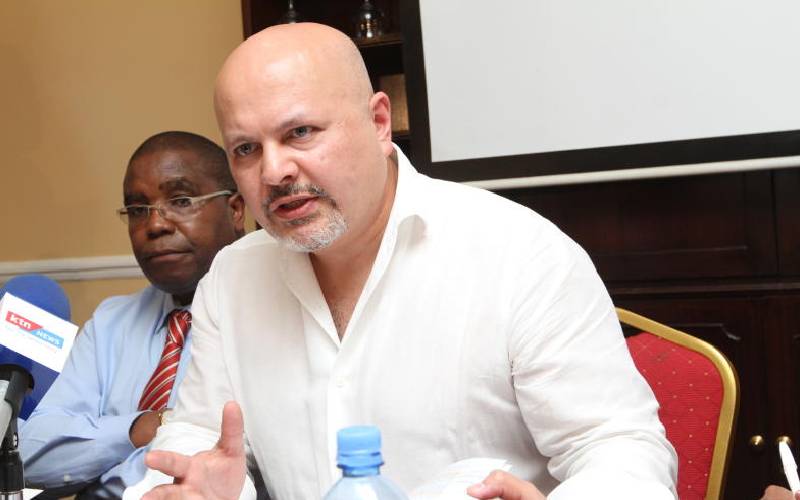 From 1997, Khan worked as a Legal Officer at the Office of the Prosecutor at the International Criminal Tribunal for the Former Yugoslavia (ICTY) between 1997 and 1998.

He later served as Legal Adviser at the Office of the Prosecutor at the International Criminal Tribunal for Rwanda (ICTR) until 2000.

Between 2006 and 2007 Khan was Lead Defence counsel to former President of Liberia Charles Taylor before the Special Court for Sierra Leone (SCSL).

In 2008, he was appointed Lead Counsel to former Le Monde journalist Florence Hartmann, who had served as chief spokesperson to ICTY and ICTR prosecutor Carla del Ponte, when she was charged with contempt of court.

Between 2008 and 2010, he was engaged as Lead Counsel before the ICC representing Sudanese rebel leader Bahr Idriss Abu Garda, the first ICC suspect to voluntarily surrender to the jurisdiction of the Court.

In January 2011, he was instructed as Lead Counsel to represent Francis Muthaura before the ICC in relation to the post-election violence in 2007-2008.

He also served as the Lead Counsel for Saif al-Islam Gaddafi and Baghdadi Mahmudi at the ICC.

Khan represented a group of Anglophone human rights lawyers charged with terrorism and other offences before the Military Court in Yaoundé, Cameroon as international counsel from February 2017 until September 2017.

He led the team that advised Cham and Albanian communities in relation to their expulsion from Greece, and subsequent expropriation of property after the Second World War.

He was lead counsel for a large victims case in Sierra Leone arising out of the ECOMOG intervention in 1999-2002, and he represented more than 100,000 victim claimants from the Kipsigis and Talai communities in Kenya seeking redress for alleged human rights violations committed during the colonial period.

Khan leads the team in achieving its mandate in the collection, storage, and preservation of evidence related to crimes committed by Da'esh/ISIL; the promotion throughout the world of accountability for the crimes committed by Da'esh/ISIL; to work with survivors in recognition of their interest in the achievement of accountability for crimes to which they have been subjected; to respect the sovereignty of the Government of Iraq in performing this investigation.

Since undertaking his role at UNITAD, Khan has met with government, religious, and community leadership across Iraq.

Between 1996 and 1997 Khan was a member of the Law Commission of England and Wales.

He is a Life Member of the Human Rights Institute, International Bar Association (IBA), and a founding Director of Peace and Justice Initiative, a Hague-based NGO focused on effective implementation of the Rome Statute of the International Criminal Court at national levels.

Khan is a member of the Executive Council, and the Victims Committee of the International Criminal Court Bar Association (ICCBA-ABCPI), and he was the President of the ICCBA from June 2017 - June 2018.

Khan was appointed Queen's Counsel in 2011. He is a member of Temple Garden Chambers London.

Francis Atwoli: Vandalising road sign in Kileleshwa does not hurt me