How scheme to rip off Kenyans Sh8 billion was executed 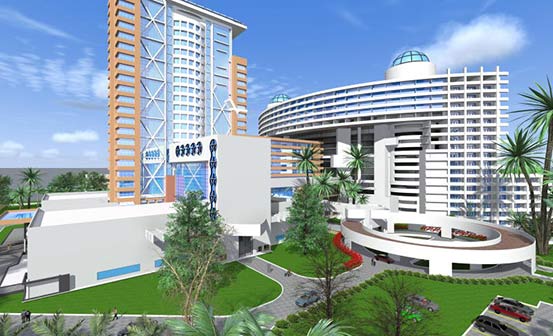 Details of a scheme to rip off the taxpayer more than Sh8 billion through inflated cost of a project can now be revealed.

The Standard on Saturday has pieced together an intricate web of how the cost of construction of Ronald Ngala Utalii College Coast branch was inflated from the initial estimate of Sh1.9 billion to more than Sh10 billion.

On Thursday, the Public Investments Committee (PIC) refused to listen to the management of the Tourism Fund which was the procuring entity for this project. The Committee told the managers led by acting chief executive Joseph Cherutoi to provide documents sought by the committee before they can be heard.

Documents in our possession show how the project was irregularly and against legal advice from the Attorney General, moved from Utalii College, which Cabinet had approved as the implementing agency, to the defunct Catering and Tourism Development Levy Trustee.

The transactions in relation to project, which have become the subject of investigations by PIC, also show how suspect accounts could be used to siphon off public funds.

One such account is the defunct Catering and Tourism Development Levy Trustee bank account. Although this body ceased to exist, the bank accounts are still active and are shown to have received Sh435 million in January 16 and another Sh64 million in February 16.

This payment from the National Treasury was allegedly meant for contractors. Tourism Fund has denied that it received the money. The Fund’s management said the contractors have even issued a warning to abandon the project for defaulting payments.

This irregular transfer of the project from Utalii College to Tourism Fund was done by then Tourism Minister Najib Balala through a gazette notice dated April 9, 2010.

Although investigations show payments amounting to over Sh3 billion may have been released from the Treasury to be paid to the contractor and consultants, Tourism Fund confirmed that only about Sh1.2 billion was received.

“The total sum we have received and paid the contractors and the consultants is approximately Sh1.2 billion. We haven’t received any other monies for that purpose,” said Tourism Fund acting CEO Joseph Cherutoi through his communications department.

Mr Balala has denied knowledge of the project or the controversy surrounding it yet he gazetted the school and was the minister in-charge when the project got Cabinet approval.

National Treasury Cabinet Secretary Henry Rotich did not respond to our inquiries on this matter.

The report also shows how the government paid contractors money they never asked for and jobs not done.

For instance, there is a consultant who charged a total of Sh556.8 million but was paid Sh817.9million. In other words, Sh261.1 million was money the consultant never asked for but was paid nonetheless.

There are also instances where the Ministry of Tourism refused to transfer all the money for the project as released by the Treasury to the Fund for payment of contractors.

A case in point is 2014/2015 financial year when the Treasury released to Ministry of Tourism Sh811.4 million for Ronald Ngala Utalii project.

The ministry in turn only released Sh311.4 million to the Fund and insisted it would pay the remainder directly to the contractors yet there existed no contract between the ministry and the said contractors.

The chronology of this project, which may easily turn out to be a white elephant, was subject of a Cabinet meeting held on September 13, 2007. The Cabinet directed that the Kenya Utalii College Coast branch which was later named Ronald Ngala Utalii college coast branch be established.

The then minister for Finance was directed to avail the necessary funds totalling  Sh1.94 billion for the project.

The new college, which was legally domiciled at Utalii College, was part of a strategic expansion programme of the school. It was for this reason that Cabinet directed the Finance Ministry to fund Utalii to facilitate the expansion programme.

However, the Treasury’s first disbursement to Utalii was Sh43 million. Senior official in the Ministry of Tourism said the amount was too little to roll out the project and the college resolved to await the next allocation.

However, before the next allocation was done, the ministry accused Utalii of not implementing the project and a scheme to take away the same from the college started in earnest.

During this period, senior officers in the ministry said there was a heated discussion between the college and the ministry with the latter insisting the project must be moved against the decision of the Cabinet.

“We were told the project to establish another branch of Utalii had been moved from the college to Catering and Tourism Development Levy Trust. We were never given further information but this left us a bit confused. Confused because the project was to establish another college under the main Utalii so it didn’t make sense for one to say that another body would establish a college under Utalii on behalf of Utalii yet it was the Treasury financing,” said a senior officer at the ministry.

The Attorney General’s advice to the Ministry of Tourism.   ” We refer to your letter Ref no. OP/CAB.1/18A and dated November 3rd, 2009. We have perused the copy of the letter Ref. MT.A/4/5/3 and dated November 26th, 2009, and the attached draft legal notice to establish a training institution that is body corporate under section 29 (1) of the hotels and restaurant act (Cap 494). We would like to advice you that establishment of the institution by the minister under section 29 (1) of the Act would be inconsistent with the Act.”

However, despite this advice, Balala went ahead to gazette the establishment of the college against the law.

The reason given for this illegality was that ‘funds provided for this project were likely to go back to the Treasury.’ This explanation is contained in a letter sent to Tourism Fund former Chief executive Allan Chenane by then tourism acting Permanent Secretary Eunice Miima.

On further inquiry, the Tourism CS said: “The mandate of Tourism Fund is curriculum development and training...Utalii is only a school. Utalii gets annual grants from TF...The purpose of TF is to collect levies 2 per cent and disburse from marketing and capacity building of the industry.”

On November 23, 2012, CDLT advertised the contract for establishment of Ronald Ngara Utalii college Coast branch. The tender was awarded to M/S Mulji Devraj and Bros vide tender committee meeting No TG/6/2013-13 held on April 11, 2013 at a contract sum of Sh8.9 billion.

The audit report equally says the award of the contract was fraudulent because, “M/S Mulji Devraj & Bros was the third lowest (Sh8,961,370,998.00) bidder, being Sh627,615,756 above the lowest bidder at a bid price of Sh8,333,755,242,00...there was no justifiable reasons to have exposed the public money to risk of incurring a loss of approximately Sh627 million by awarding the third lowest bidder,” reads part of the report.

In what could well be described as managed fraud, the report says, “Notwithstanding over-design of the project, circumvention of the financial management laws and regulations, diversion from the project approved by the Cabinet among others, the following enumerated payments made to both the consultants and the contractors appear ineligible.”

Duale: Garissa attack was a scene from hell