The stand campaign by the Standard Group has scooped an global award. The campaign, an intergrated marketing and communication strategy was launched in the run upto the March polls. The campaign was the group’s initiative to advocate for peaceful polls. The stand has won the global excellence award, at International News Media Association (INMA), as a result of championing peaceful polls and the commitment to free and balanced reporting. 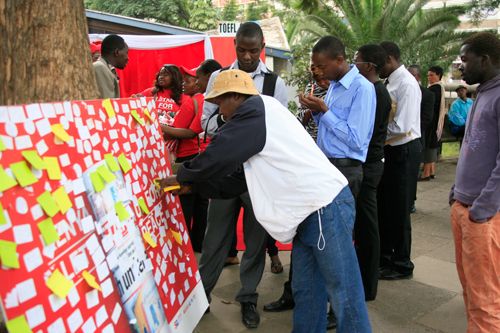 Speaking while receiving the award, CEO Sam Shollei said that the campaign was designed to set the poll agenda. “The media was largely blamed for the violence in 2007/2008 post poll violence and the Standard group decided to take a bold stand to facilitate unbiased coverage” said Mr. Shollei.

Over 30 countries and 500 entries had entered the competition. The presentation ceremony was held in New york city USA. The stand emerged 2nd to Colombia’s El Espectator which was the winner in the category Public Relations & Community Service.The award was presented to Mr. Shollei by Koome Mwambia CEO of Redhouse group which owns Media Edge Interactive. Media Edge developed the campaign for Standard group. The awards ceremony was held in New York, USA. 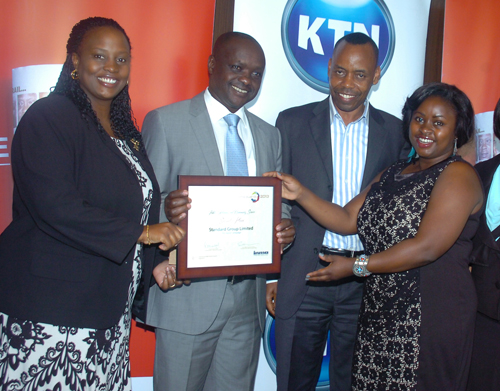