Our debt is quickly getting out of hand 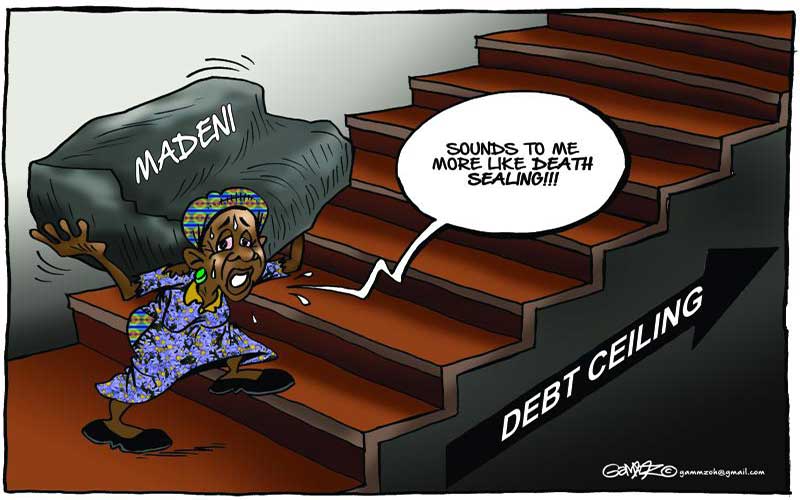 I am concerned by how Kenya’s debt issue is being handled. The country is slowly, but surely getting into a deep financial hole with the debts we have been accumulating during the last few years.

Everyone has been warning us to be careful of our growing debt obligations, both domestic and external. The IMF, World Bank, the international credit rating institutions, our Controller of Budget, the Parliamentary Budget Office and many Kenyans have been warning us. Sometimes I wonder if the Treasury mandarins are scared of standing firm and explaining to the president that we have a fast approaching problem. It is by being vague on such a major issue that countries end up in financial crises.

Our debt crisis started when we made the decision to develop our infrastructure so as to grow and develop our economy. This led us into investing in mega railway, power, roads, dams, irrigation and other large projects. It was an excellent idea. So, what went wrong and led us to the current situation?

Our records show that our domestic and external borrowings have risen from Sh1.6 trillion in 2012 to an estimated Sh7.7 trillion by the end of this financial year. This is almost five times increase in this short period. Indications are that the figure will rise to about Sh9 trillion in the next two years. This growth has seen our debt as a percentage of GDP rise from 38 per cent to about 62 per cent during the same period, way beyond the recommended level. Meanwhile, debt repayments per annum have more than doubled from Sh466 billion in the 2015/16 financial year to the current Sh1.1 trillion. This is not a good situation as most of our revenue is going to paying debts.

Some of the projects that have led us to this situation include the overpriced SGR and its running costs. Other projects are in the energy sector; the roads sector; the Italian funded dams, with borrowing terms that are kept secret. It is possible that some of these projects would have been economically viable if it were not for corruption. But as things stand now, many of them are not, greatly contributing to our debt problem.

Our governance structure has been weak. Parliament has been raising the borrowing ceilings without asking the Executive hard questions. The ceiling now stands at Sh9 trillion and at this rate, it must be raised again by 2022. The National Treasury has also failed in its role of managing debt. There are examples of where it has concluded debt negotiations and paid commitment fees without the loans being utilised. If we are not able to implement projects fast enough, why not wait and borrow when the country is ready?

Covid-19 has exposed the poor debt management for all to see. We borrow, get grants and gifts and the end result is misuse of resources. We shall be paying for this mess for some time.

I spent over 11 years working for a major US bank in the US, Nairobi and London. I had many customers in Africa including governments, airlines and State-owned corporations. I had to deal with defaulting African governments and their institutions and part of my job was to follow up on these debts. I can tell you for free that when international lenders decide to recover their money, they will use all their resources to do so. It can be messy for the country, her credit ratings and ultimately for the common man. I would not want Kenya to get to that.

We should, therefore, accept that we have a problem. As a result, we should start negotiations with our lenders to restructure our loans to soften the terms. This could involve trying to get reduced interest rates and lengthening of the loans’ maturity.

We should push for some write-offs even if we do not fall in the category of least developed countries. The Treasury recently rejected negotiations that would have assisted us through the G20 mechanism and gave us lame excuses for doing so. We, in addition, should avoid any new expensive loans.

This should be followed by the introduction of strict measures to reduce corruption in our procurement processes. We should review our methods of project preparation in order to ensure that we only undertake new projects that will lead to increased productivity. If they do not meet the criteria, then we should drop them. The planned Debt Management Office structure should be put in place quickly so as to give it the necessary independence from the day-to-day operations of the Treasury.

As in the case of a household budget, when things get tough, we should consider undertaking only the high priority projects. The government should go back to the people and explain that the looming debt crisis is more pressing than some of the proposed projects.

-Mr Nyagah is a former Cabinet minister for Co-operatives