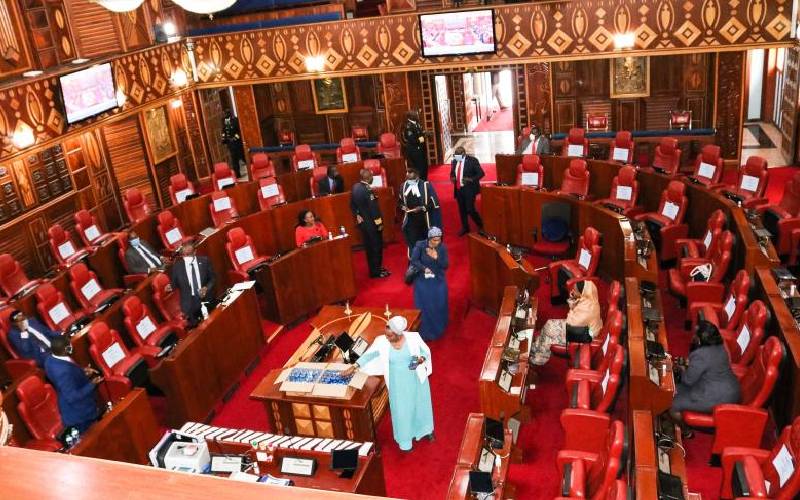 Kenya has not reached a point where the political class can afford to distinguish people on the level of the development of their regions or counties without compromising national security and cohesion.

The fear of marginalisation was palpable in 1962, 1963 and 1964 when the founding fathers had to decide whether to go federal or republican. The promise of equal treatment of all citizens and regions is what has kept Kenya cohesive even though some rambles have occasionally surfaced from dissatisfied opposition.

If Kenyans thought the beast of regional polarisation was finally defeated, the reality hit them hard when the Senate was firmly pressurised to pass the third Commission on Revenue Allocation (CRA) formula. That formula went to the gravamen of the existence of Kenya as a Republic. In 1965, when the Sessional Paper No 5 was passed, the Cabinet was trying to raise funds quickly, since the tax base had narrowed with the departure of the settler farmers and businessmen.

That was the thinking behind it. I would not have known this if Thomas Joseph Mboya had not explained it to us at AHS on the June 27, 1969, a week before he was assassinated. The government’s best bet was to empower districts that could quickly grow commercial and food crops like coffee, tea, cotton, sugarcane, wheat and lentils, led by Bruce MacKenzie, and encourage commerce by Africans, a job entrusted to Dr JG Kiano and Kenneth Matiba. Fertile land was crucial in that matrix and Europeans had to cede some of them quickly.

The approach for the NFD was different. The Shifta separatist bandits were still terrorising people. The policy was to bring peace to the region before planning anything else. When we went to school in 1965, the road from Nanyuki up to within a few kilometres of Meru town was patrolled by the military. We had to be escorted part of the way by officers. Perhaps some leaders are unaware that the North-Eastern Province was under Emergency Rule from 1963 to 1991. Well, even now we have the Al Shabab still raising temperatures over there.

Fast-forward to today; the land that appeared unoccupied from Meru to Nyeri and from Sagana to Nairobi is all teeming with people. The same is the case for that from Nairobi to Mtito a Ndei. The man-empty animal-infested land from Nairobi to Namanga is no longer empty of man but of animals. So, which next frontier other than the former Northern Frontier Province will the government be looking at to augment food for the multitudes? With the touting of the tyranny of numbers as politically correct, is there a likelihood of explosion of the population in rich areas ever ebbing? Or will the poor lead in the process, prodded by their handlers?

For the avoidance of doubt, let me say, that the NFD as then defined was the area from Marsabit South to Isiolo, Eastwards to Mandera, Wajir and Garissa.

Instead of senators and governors arguing that their money is disappearing in the sparsely populated counties, they should enact or enforce law to govern money going to those counties. Do they follow up to see that the money is used for the intended purposes? Has the government punished governors who may be misusing the money meant to change the face of those counties? Is the government engineering agricultural and livestock development to ensure that the whole country benefits from proper use of the sparsely populated counties? I don’t think so. But a future government, faced with a different set of circumstances, will find it imperative to do so.

That is why I think it would be foolish for government to discriminate in the face of the 10-year-old devolution. It should, instead, develop a strategy that gives hope to all the citizens. But even at present, the leaders should ask themselves where they are getting their meat from? Is it from the grade cows of Murang’a or from the cattle driven into Athi River from the Arid and Semi-arid North and North-East?

Who is shielding the rich lands from the harshness of the patterns in the region? Who is shielding Central Kenya from the ravages of the Al Shabaab war? Folks are forgetting that they have a buffer zone that bears all the indignities of strikes by these agents of terror.

It is time government took a proactive stance on the development of the sparsely populated zones and planned cattle ranching on a massive scale that would create ranch towns for the ease of delivery of services, and while at it, secure the services of an expert from main ranching states of Texas, Nebraska or Kansas, USA, to advise on best practices.

So, let senators and the CRA reason together to find a system that will not generate animosity and feelings of betrayal in the sparsely populated regions. It is better to lose something to a struggling brother than to gain from his misery. No one chose where to be born.

Mr Kithinji writer is a lawyer and an author

'Kill me! There is life after death' Sonko vows

The 47 reasons Kenya should not be poor

Why our own Kamala is a distant possibility