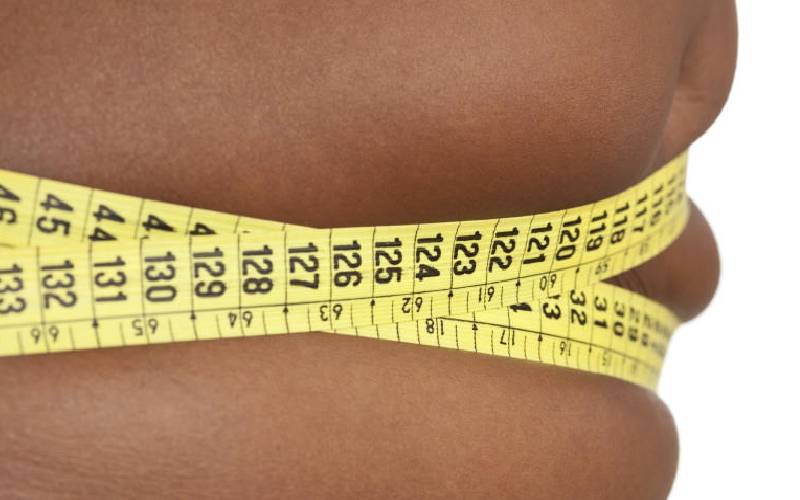 One of the people that I admire is the Kibra-based musician Steven Otieno aka Stivo simple boy. I admire the way he rose above the noise and mockery of fellow Kenyans who compared his face to that of a monkey.

His song, 'Inauma but itabidi uzoee' in my opinion is an expression of how painful body shaming is. It is the act of criticising someone’s body in a negative light.

It ranges from skin colour hence racism or lack of it thereof (albinism), body types such as ectomorphs (commonly referred to as the 1 GBs), endomorphs (characterised by round physique) and mesomorphs (the well-toned muscular athletic types) and tribe.

For example, certain tribes are associated or compared to some types of birds due to their physical make-up or labelled fat and gluttonous because of their appetite for food.

Society plays a huge role in advancing this unhealthy trend. Everyone is affected in one way or the other. We create memes and circulate on social media as jokes, but behind the scenes the affected people cry themselves to sleep and have to put a smile on their faces during the day to avoid being labelled as ‘sensitive’ or  ‘weak’.

Look at how teenage pregnancies are on the rise these days. Teenagers are usually at a very critical stage of growth in that they feel like they can conquer the world yet their self-esteem is dependent on that aspect of success.

If they fail to achieve it, they might feel like there is nothing to live for especially if they have no authentic role models and mentors. You wonder how the most promising teenage girls could get pregnant. Well, the answer lies partly within their transitions.

So many changes take place in their bodies. Some changes might excite them while others pin them down. However, if they constantly criticise their self-image, then they might seek affirmation from someone (a guy) who feigns interest and tells her that she is beautiful and promises her the world. The man woos her into his bed and she conceives. This is an outright unhealthy search for love on the teenagers’ part.

When it comes to media houses, the women considered as beautiful (typically light-skinned), curvy with heavy English accent are usually short-listed for employment as news anchors, same to the men. Well, sometimes, these physical features are important to capture the audience’s eyes and boost the number of views. However, media houses that discriminate potential employees on the basis of their looks ought to know that that may be robbing them of good brains.

Body shaming has cost many marriages, in that husbands would complain about how their wives are no longer physically attractive as a result of child birth. Well, what do you expect? I hear pregnancy in itself is no joke. These women have to eat for two and stay alive for the sake of their growing family. I mean, if husbands would be more supportive, then body shaming would reduce. For example, encouraging their wives to exercise, eat healthy meals and manage stress levels, among others. Will it be easy? No guarantees, but it will be the start of a journey to eliminate body shaming.

There is a paraphrased saying commonly used by millennials that in every group of friends there is always the ugly one. Such phrases have seen young adults especially those in campus undergo plastic surgery to pump up their lips to look like Kylie Jenner, or get a breast or butt reduction or increase. Well, those who cannot afford may ‘steal’ cash from their parents in the name of additional tuition fees or pocket money.

This is the extent to which body shaming gets. It is the one reason why people suffer from depression, have low self-esteem, commit suicide, engage in crimes such as robbery to get a sense of belonging or avoid marriage and relationships because they do not believe that they are worthy of love among other reasons.

I may sound like a broken record but I believe that practising self-love should be the overall solution to overcoming body shaming. Affirm yourself and believe that you are valuable. Accept who you are, especially your body. Sometimes people cannot change certain aspects of their bodies because of genes that run in their families.

Nevertheless, practice a healthy lifestyle by eating healthy diets, exercise, and cancel negative noises around you, including those from people like matatu touts, family members and friends.

Say no to archaic societal norms that enslave your well-being. Be yourself and unapologetically do what you wish as long as you harm no one. Lastly, form and embrace a strong and authentic circle of friends or family to overcome the adverse effects of being body-shamed.

Ms Tanui is a journalist

We too can: East African Albinism beauty pageant set to create awareness