Coronavirus should make us think about food more seriously 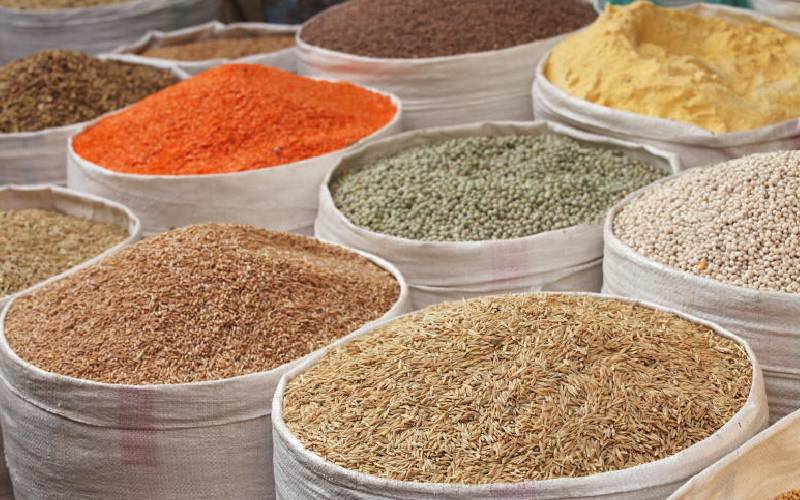 The coronavirus has brought enormous setbacks, suffering and forecasts of a global depression following the closure of many economies for so long. But if there is one area where it has exposed our global fragility, it is food. At the level of international geopolitics, the World Food Programme (WFP) has warned us all that we are moving into a famine of what it has called ‘biblical’ proportions, by which, it’s fair to say, the WFP meant ‘humanity threatening’. That made some headlines. But not too much concern at street level.

Likewise, economists and academics keep warning about food supply chain issues and food security. What they mean is, we are going to be short of food: Very short of food. In fact, we are going to be more short of food later this year than we have ever been in our lifetime. So, with the translations provided on the biblical famine and food supply chain issues, how did that happen, and what can we do to prevent starvation? Well, the trouble began when most people were locked in their homes during the planting season, when transportation of seeds, fertilisers and pest control products was disrupted and most seasonal workers kept away from the fields. The ways food is bought (much of it through restaurants, for instance) was also disrupted, resulting in agricultural throwaway and leaving farmers short of money to fund replanting. Across all, the food chain took a row of hits, with far more food thrown away than normal, and far less planted. In Kenya, our horticulture, which was feeding Europeans with vegetables, couldn’t get air cargo space and is still being limited by tripled transport charges. We also had excessive rain that reduced our last harvests and the largest locust invasion this century.

SEE ALSO: What you need to know about Coronavirus right now

Like Europe, Kenya also has its own importation issues. Wheat accounts for 28 per cent of the cereals we consume, while maize accounts for 56 per cent. Yet we import nearly all of our wheat to make the bread that is a significant part of our diet. Some 30 per cent of that imported wheat comes from Russia, but Russia isn’t going to suffer a bread shortage of its own sending its wheat to us to keep our bread going. Threatened with running short, it banned its wheat exports on April 26 until later this year. Some of its wheat was already on ships coming. But by the third week of May, our commodity importers reported that wheat deliveries due from Russia had not arrived. Some ordered extra from Argentina because Argentina and Russia – being southern and northern hemisphere – have different planting cycles and seasons. As the disruption feeds through to those who had freshly harvested as well as to those who were due to harvest from now, the number of alternative sources will become fewer. Without imported wheat, Kenyans simply won’t have bread. Nor any rice to speak of either. From the first glimpse of the hunger now ahead, we at the Agrochemical Association of Kenya began communicating through every means possible that #EveryCropCounts this year, urging farmers to plant more, government to subsidise inputs, organisations to support every endeavour to control pests, manage soil, and maximise yields. Fall Army Worm

SEE ALSO: No gun salute for officer who died on duty

But as we stare at unprecedented hunger, encouraging the maximum possible harvests through more planting and higher yields, is but a first step. For what this pandemic has brought home – and this will speak far more plainly to many in weeks and months to come when they will be unable to buy the food they need – is just how vulnerable our food system is. We store little. We add value to little. We lose a lot to low yields and poor pest control, getting sometimes less than a fifth of the possible production from the land we have. Despite having some of the finest agricultural land in Africa, we import huge amounts of our food, and while we talk about sustainable production in the face of climate change, we have paid far less attention to the resilience of our food supplies to all other disruptions. And yet the lessons are there. In 2017, we lost 70 per cent of our maize to Fall Army Worm. This year, we have fed millions of locusts with our food, and now face serious food shortfall. Thus, if a single good thing can come from the food challenges we now face, it will be our attention to stocks and storage, to yields and self-sufficiency and value addition, and to how we make food security about protecting ourselves from all the risks we didn’t protect ourselves from in time for the coronavirus pandemic. Mr Kimunguyi is CEO, Agrochemical Association of Kenya