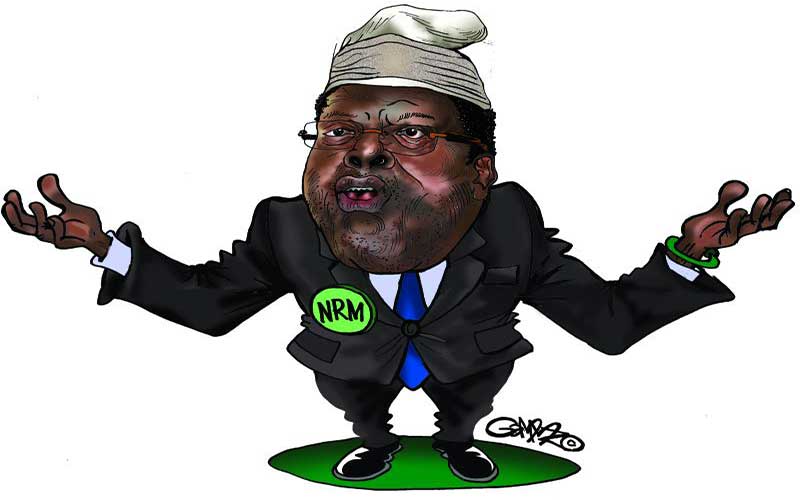 For quite some time now, political activist Miguna Miguna has been hurling all kinds of brickbats from his base in Toronto, Canada, towards the Kenyan government and its top leadership without any element of respect.

That strange behaviour is uncouth, unwarranted and un-African. It is time Miguna came to his senses and appreciated that only a fool can insult his ancestry.

In his youthful days, Miguna had a brush with the government of the day - especially when he was a students' leader at the University of Nairobi - an unfortunate collision that led to him fleeing into exile in Canada where he, thankfully, completed his education.

That was not a good experience for anyone to go through. However, that is not reason enough for Miguna to throw caution to the wind and resort to insulting Kenya's political leadership.

Raila promises to grow economy at 10 per cent

Miguna was not the only one to find himself on the wrong side of the administration of the day. There many others. However, the difference is that a host of other Kenyans who had a similar clash with the in the past State have since reconciled their individual conscience and come to terms with the realities of the day, including political activism. Some of them have been, or even are, senior State officers during the regimes of retired President Mwai Kibaki and incumbent Uhuru Kenyatta.

None other than former Prime Minister Raila Odinga stated twice early this year during the funeral of former President Daniel Arap Moi that he and the departed leader had forgiven each other regarding malpractices visited on him during the latter's stewardship of the Kenyan nation. That is what statesmanship requires of a patriotic leader.

On his part, Miguna has refused to forgive or be forgiven. Instead, he has resorted to social media to vent his anger and frustration on Kenya's top political leadership, especially President Uhuru Kenyatta and Raila.

As a lawyer and a politician who participated in the crusade for democratic expansion in Kenya, Miguna should be the last one to misuse the very freedom which many Kenyans, including him, fought for so hard to attain. Not forgetting that many other Kenyans gave their arm and limb in that fight.

True, Miguna has some justified bone to pick with Kenya's immigration personnel, a matter in which the country's Judiciary gave a strong verdict in his favour. However, that is no reason for him to unleash blanket epithets against Kenya's top government and political leadership.

Having lived in a highly democracy-embracing country like Canada for so long, Miguna should be the first person to appreciate and demonstrate the salient tenets of democracy.

He should have known by now that democracy is not a licence to abuse. Neither is it a ticket to pour one's rancour on the streets of village market. Freedom of expression is not absolute; it comes with responsibilities. Indeed, Miguna needs not be reminded that divergent opinions are one of the pillars of democracy and one's freedom actually ends whether another's starts. It is a give and take affair, not self-centredness.

By choosing to throw all insults he come into contact with in the direction of the President and the Orange Democratic Movement (ODM) leader, Miguna has clearly betrayed the very democratic credentials he purports to hold so dearly. No amount of insolence and chest-thumping can change Kenya's political realities overnight. Miguna has to live with the reality that Uhuru is the bona fide elected President of the republic of Kenya until his term ends in 2022. Nothing is ever going to change or erase that fact of history.

What is more, Miguna has to respectfully embrace the undisputed fact that Raila is the most influential politician in the country after Uhuru. That is another fact of history that cannot be substituted or wished away.

Let me remind Miguna that during the 2017 presidential race, Uhuru won with nine million votes while Raila came second with eight million votes. On the other hand, Miguna who contested for the Nairobi Governorship managed a paltry10, 000 votes. Surely, between Miguna and the two national leaders, who has the space to berate the other? Yet, neither the President nor Raila has demeaned Miguna in the manner that he himself does.

It is on record that during the Grand Coalition Government headed by Kibaki and Raila, Miguna served as the Legal Adviser to Raila who was then the Prime Minister. Miguna is the same self-proclaimed General of the now non-existent National Resistance Movement (NRM) which was advocating to propel Raila into power through for unlawful means before the former premier opted to make peace with the duly elected President of the Republic.

The same Miguna is the one who "swore in" Raila as the purported "People's President" at Uhuru Park on January 30, 2018, before the Opposition leader bravely moved to have the Handshake with the President in a bid to prevent Kenya sliding into anarchy.

It is the height of folly, therefore, for Miguna to turn around and start mudslinging the persons, names and families of Uhuru and Raila. Like Most of us, Miguna has parents, children, brothers and sisters as well as other relatives.

No one abuses Miguna's kith and kin in public the way he does to those of Uhuru and Raila. That insensitivity is abhorable. No African does that. This is unwarranted and totally lacking in respect. Miguna must learn to respect his motherland and its leaders, even if they are not his choice. That is what democracy requires of us.