How can Kenya escape the corruption trap? 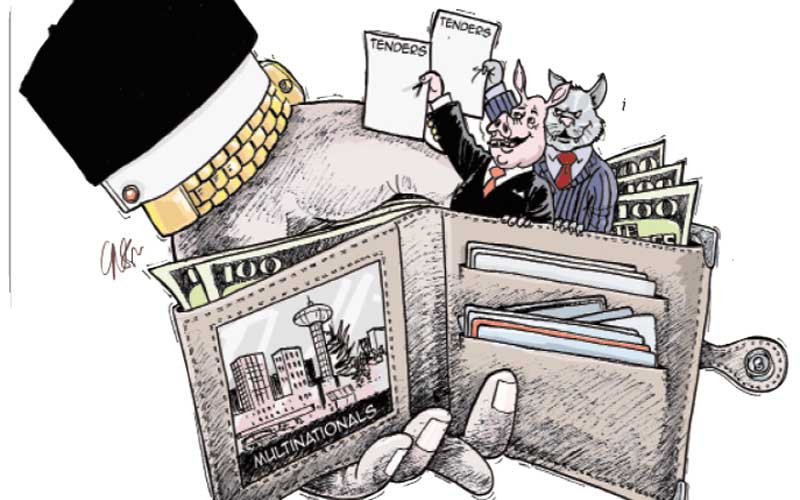 Kenyans often lament that 'Kenya’s problem is not that we don’t have good policies and plans; our problem is we don’t implement them'. But that makes the solution to the corruption problem seem trivial.

“Just do it!” Let’s be honest. That does not happen for a reason. Vested interests in the status quo are so strong; no one seems able to get the country out of that trap.

This is not a uniquely Kenyan problem. All 'developing countries' essentially suffer from a similar ailment. In fact, today’s 'developed countries' too faced the same challenge in the past, but overcame it.

The simple truth of development is as long as the system is elite-favouring and rent-centered (“rent” is the economist’s term for unwarranted or illicit profits), an economy does not become innovative and competitive.

Where those with political connections and money influence can make easy profits by manipulating public procurement or distorting the market system itself, there is little incentive to build companies that compete on the basis of value-addition, productivity gains, and innovation. By contrast, all high-income countries are heavily populated with such companies.

So, how does a country escape the 'corruption trap' and create a transparent and competitive economy? In more recent episodes, there is a clear pattern.

In Japan, that critical moment came in 1945. After WWII, the allied powers (led by the US) dismantled the family-controlled “zaibatsu” business groups with monopolistic powers, and put in place a more transparent corporate system.

This led to the emergence of globally competitive companies like Toyota, Sony, and Canon.  South Korea did it after Park Chung-Hee became a dictator through a coup in 1961. He knew his country must overhaul the rent-focused business culture and develop an internationally competitive manufacturing sector if it were to escape poverty.

Companies like Samsung and Hyundai are the results. In these cases as well as the transformations of Taiwan and Singapore, the leadership class was compelled by an existential crisis of the country to seek a radical change and single-mindedly focused on creating a new economic system.

They also all happened under an authoritarian or autocratic leadership. (In Japan, the American administrators exercised unchallenged powers to impose sweeping reforms.)

Looking at these examples, my Kenyan friends ask, “how can Kenya do it, given that we have a democracy (chaotic as it is)?” That is a great question.

An important hint comes from the US. At the turn of the 20th century, many municipal administrations were thoroughly corrupt. Big businesses, like Standard Oil and US Steel, were gaining monopolistic powers, but Congress would not pass any laws to effect reform (as many senators were in the pocket of big businesses).

A real impetus for change came from a group of journalists who produced a series of well-researched investigative reports, exposing political corruption and monopolistic practices.  These led to a public uproar.

Many corrupt politicians were voted out, and Congress was forced to pass tough laws on anti-competitive business practices. Times are different, but it does illustrate the power of public opinion to promote change.

Transformative change can also happen in the context of a ‘break in history.’ What happened in Myanmar illustrates this. In 2010, the military rulers of the country decided that some political and economic opening was necessary for national survival. The sudden political shift created a situation in which everyone felt the old rules of the game were set aside.

The Thein Sein administration (2011-16) started to take important initial steps toward establishing a transparent and competitive business environment. When the new administration, led by Aung San Suu Kyi, came into power in 2016, the focus shifted from economic transformation to a more political agenda and the country’s transition to an inclusive economy remains incomplete.

Nevertheless, it illustrates the importance of such a moment in history.

After the crisis of 2008, Kenya has created a break in history on its own terms, by implementing far-reaching devolution. At least in some counties, the citizens feel the old rules have been swept away; they expect things to be different.

County governors face different political dynamics in which people’s voices are much stronger in holding both governors and county assembly members accountable.

In fact, several counties have succeeded in linking small farmers to the market more directly, thereby cutting out the exploitative middlemen. Mangoes in Makueni and dairy in Murang’a may seem like small steps, but they are important beginnings of a more “inclusive economy system.”

If Kenya can combine the genuine power of public opinion to these successes that are emerging in an increasing number of counties, the seemingly modest episodes could become a wave of fundamental change in the entire political economy system. That was what the 2010 Constitution was all about, was it not?

Mr Ohashi is a Senior Economic Advisor to the Presidency of Kenya. Tomorrow: Market is ‘weaponised’ in Kenya. Tommorow: Real lessons of the Makueni story. [email protected]

Revealed! Why Tyson Fury wore a 'Nigeria' mouthguard during his win over Wilder