Unless Sonko names a deputy, Nairobi is in for trying, turbulent season 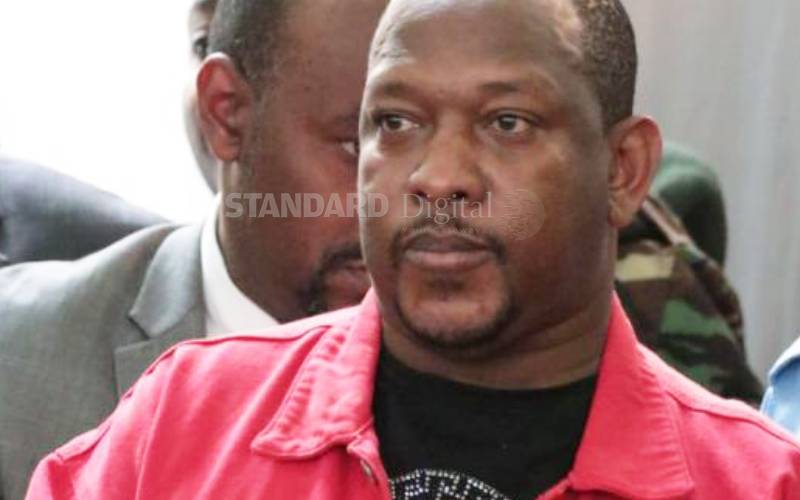 As was expected, Magistrate Douglas Ogoti followed the Waititu and Lenonkulal precedents and barred Governor Mike Sonko (pictured) from accessing his office, thus rendering it impossible for him to carry out his duties as Governor effectively.

Unfortunately for Nairobi, there is no Deputy Governor to step into Sonko’s shoes during the pendency of his trial, the good Governor having deliberately, and I suspect mischievously, failed to name a Deputy since the exit of Polycarp Igathe almost a year ago.

This leaves Kenya’s capital city rudderless and dysfunctional, a situation which is unsustainable and which the law had never anticipated.

Many, with shaky legal basis, have contended that in Sonko’s absence, Speaker Beatrice Elachi would take over, since she is number three in Nairobi’s pecking order.

Unfortunately for Nairobi and Speaker Elachi, Sonko would need to have vacated office before she can step in.

Sonko, and indeed the other Governors, remain the substantive office holders unless they are convicted and jailed for terms of more than 12 months.

Firstly, Sonko could resign; at some point he had intimated he could, if he was charged with criminal offences.

Do not bet on that occurring. Secondly, the Court of Appeal could on December 27 reverse Justice Mumbi Ngugi’s decision which sealed the governors’ fates.

A reversal would naturally assist Sonko, enabling him to continue running his office until the conclusion of his case. I would be surprised if the court, in the prevailing environment, moved that way.

The judges live amongst us. They are aware of the public anger over high level corruption.

They know that the courts have been consistently accused of being the remaining barrier to success in the war on graft. But courts always surprise us.

The third and easiest solution would however be for Governor Sonko to name a deputy now and get the person approved by the Assembly.

Pending approval, he could designate a member of his Cabinet to carry out the supervisory duties over the Executive until a substantive deputy is in office, which the current law allows.

If there are any doubts as to his capacity to nominate a deputy pursuant to the court orders barring him from office, nothing stops the governor from seeking the court’s variation of its orders to allow him to carry out this specific responsibility.

If Sonko is not willing to proceed in this manner, the fourth option is for the County Assembly and Senate to impeach him.

The Constitution allows such removal from office where there are “serious reasons to believe that one has committed an offence under national or international law.”

The charging of the governor with the 19 corruption related offences is sufficient grounds for such “serious reason to believe.”

One must however recognise that impeachment is a political process and Governor Sonko is no political pushover.

The fifth option is a change in the law to provide an alternative process of naming a deputy governor in the absence of an appointment by the governor, for instance through nomination by the governor’s political party, and approval by the Assembly. Such a proposal exists in the BBI recommendations and would only require an amendment to the County Government Act.

For the abundance of caution, the law can specifically provide for retroactivity.

The final alternative is a petition for the President to suspend the County Government.

Under Article 192, the Constitution allows suspension in “exceptional circumstances.”

It would then allow the national government to run the county, though for 90 days. This is the murkiest of all the processes.

Not only does it take an inordinate length of time, it is packed with procedural land mines.

From the above, it is clear that unless Governor Sonko names a deputy immediately, Nairobi is in for a lengthy, trying and turbulent season.

Can those that have his direct line or a visa to his Mua Hills residence plead with him to do this one act for the sake of this great city that gave him the privilege of being its Paramount Chief.

Kenya is in the process of creating a national diplomatic plan to scale up tree cover in the country.