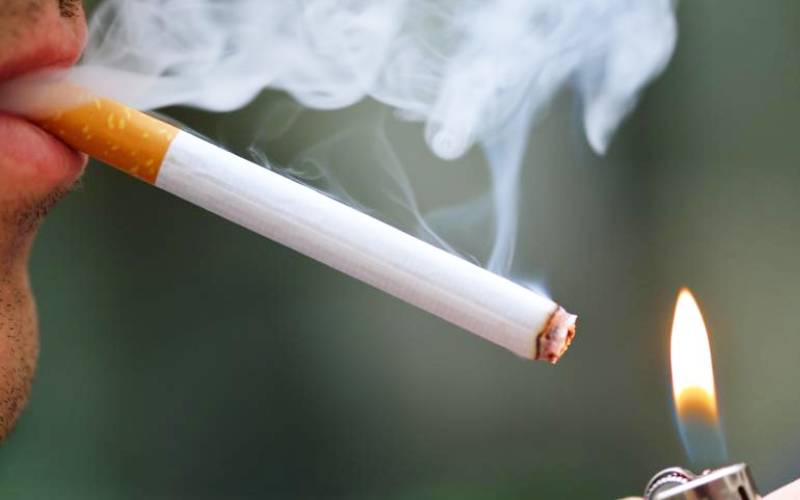 Kenya as a Party to World Health Organisation’s Framework Convention on Tobacco Control (WHO-FCTC) has an obligation to implement its recommendations in order to protect the public from the devastating health, environmental and social-economic effects of tobacco production and consumption. Kenya domesticated the FCTC through enactment of the Tobacco Control Act (TCA), 2007), which set forth a legislative framework covering various key issues in tobacco control and prescribed measures to protect the public from the harms of tobacco. But more than a decade after enactment of the law, the country still lags behind in a few issues that are critical for effective tobacco control as a public health agenda that if not addressed quickly, could impede realisation of Universal Health Coverage (UHC) goals.

Bearing in mind that UHC is one of the pillars of President Uhuru Kenyatta's Big Four agenda, Kenya has a duty to consider all its facets. Controlling tobacco should be considered urgent and one of the key strategies to eliminate non-communicable diseases. The first pending issue is the ratification of the Protocol to Eliminate Illicit Trade in Tobacco Product, also known as Illicit Trade Protocol (ITP). This is a protocol to the FCTC that was adopted by the Conference of the Parties to the FCTC at its fifth session (COP 5) in Seoul, Korea, in 2012. The protocol seeks to eliminate all forms of illicit trade in tobacco products in line with Article 15 of the FCTC by establishing a range of measures to prevent illicit trade, promote law enforcement and provide the legal basis for international co-operation to strengthen tobacco control interventions.

Illicit flow of tobacco in the Kenyan market has been identified as a major problem in the fight to control tobacco use. The illegal tobacco denies the country revenue and makes the product cheaper for users. Kenya signed the protocol in May 2013 but is yet to ratify it. In December 2018, the National Assembly unanimously adopted the proposal for Kenya to ratify the protocol, thereby setting stage for the Ministry of Foreign Affairs to complete the process of depositing signed instruments to the relevant United Nations agency. This came after more than five years of advocacy by local tobacco control actors for Kenya to complete the process by ratifying the protocol. The delay in ratification of the protocol is a setback to the country's efforts to effectively address illicit tobacco trade, subsequently affecting measures aimed at safeguarding public health.

Globally, Kenya is considered a leader in control of illicit trade in tobacco products through the Excisable Goods Management System (EGMS). Ratification of the protocol therefore, will form a basis for stronger policy and legislative framework for the control of illicit trade in tobacco products in Kenya, and complement current efforts of the government in controlling illicit trade in tobacco products through the EGMS. Further, it will give Kenya a voice in global discussions as the world sets the foundation for implementation of the protocol. As a leader in the region, Kenya has the onerous task of setting standards for other countries on tobacco control. Once Kenya manages to control illicit flow and ensure that all tobacco in the market is  taxed then, as a country, we shall safely say we are on the route to controlling tobacco use. The Supreme Court recently ruled that Tobacco Control Regulations (2014) are constitutional. These regulations were challenged in court by the industry in 2015 and have since gone through a long battle through the various courts. We call upon the government to move with speed and implement the regulations as they have been the missing link in controlling tobacco use. Any further delay could only mean that the tobacco industry is still pushing its agenda. Notable is the fact that the industry just recently introduced another product - the nicotine pouches - which could get more people hooked. The regulations are critical in facilitating effective implementation of tobacco control as they give guidance on key areas such as operationalisation of the Tobacco Control Fund, application of Graphic Health Warnings on tobacco products, public-tobacco industry interactions and protection against exposure to secondhand tobacco smoke, among others. The delayed judgement was an obstacle, as it held back effective implementation of tobacco control and protection of public health as envisioned in the Constitution and UHC goals. In the recently launched National Tobacco Control Strategic Plan 2019-2023 by the Ministry of Health, both the ITP and Tobacco Control Regulations have been recognised as critical to achievement of the strategic plan’s goals as well as protection of public health in the country. We, therefore, call on government to act on its obligations to the FCTC to protect public health by fast-tracking ratification of the ITP following the judgement on the Tobacco Control Regulations. Lastly, we urge the government to also educate the public on dangers of tobacco use. Citizens need to know their rights concerning the responsibility of the industry towards them in case of any dangers that tobacco use may expose them to.