Citizens toppling oppressors is not exclusively an Arab thing 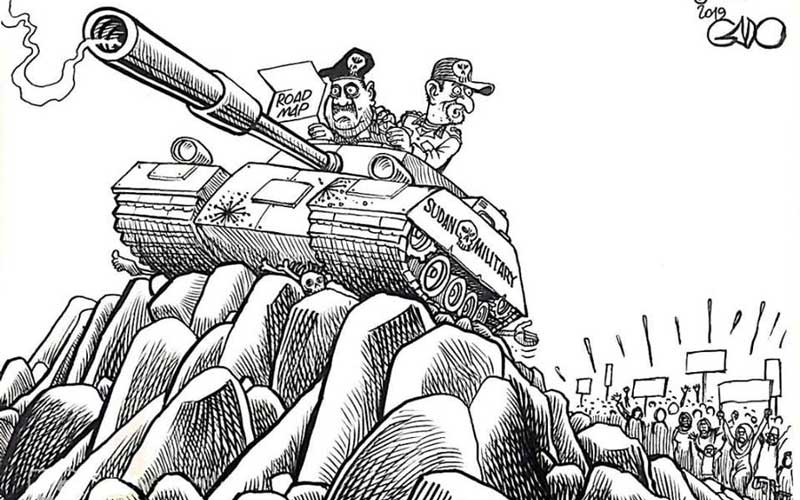 The term “Arab Spring” soon emerged to describe the series of anti-government protests, uprisings and armed rebellions that spread across North Africa and the Middle East from late 2010. Different countries were affected differently with Tunisia, and later Egypt, experiencing revolutions while major uprisings and social violence continue in Libya, Yemen and Syria.

While the Arab world has experienced uprising and is now dealing with the aftermath, sub-Saharan Africa has had comparable experiences. In 2013, fighting started between the Sudan People’s Liberation Movement (SPLM) and SPLM-IO, igniting a high-casualty civil war. Two years later, conflict started in Burundi, triggered by President Pierre Nkurunziza’s decision to seek an unauthorised third term in office. In 2017, protests erupted in Togo, against Faure Gnassingbé’s continued rule. In power since 2005, after the sudden death of his father, Faure had bypassed the country’s constitutional succession arrangements.

At the same time, since late 2016, Cameroon has faced an increasingly violent uprising by the country’s English speaking minority, against decades of perceived marginalisation by the French-speaking majority in the bilingual country. Cameroun has been described as Africa’s next civil war, after South Sudan. Between the Cameroun conflict and the more recent citizens revolt in Zimbabwe, which overthrew the country’s long-term president, Robert Mugabe, was a citizens sustained resistance against President Joseph Kabila’s attempt to remain in office beyond his authorised term.

The term “Arab Spring’ to describe the political occurrences in North Africa and the Middle East has been criticised on grounds that it is part of a US strategy to control and direct events in that region, towards a western-style liberal democracy. The causes of the Arab Spring have been identified and analysed. Economic decline, unemployment, and poverty are the commonest. The Arab Spring is also viewed as a protest against monarchy, human rights violations, and corruption.

The common label to describe disparate happenings in a vast geographical region comes from an assumption that the revolution which took place in Tunisia and the sustained street protests in Morocco, Iraq, Lebanon, Jordan, Kuwait, and Oman are somehow related. The label also ascribes to these occurrences a higher explanation than the usual terms that are used to describe citizen unrest.

While, as noted, sub-Saharan Africa has also experienced political upheaval similar to the Arab Spring, these experiences have not yielded new ways of looking at what has been going on in that part of the continent. As a result, the understanding of the political events in that part of Africa has remained traditional. Traditionally, the all-encompassing terminology to describe citizen unrest in sub-Saharan Africa is “conflict.” Whatever understanding has been developed around these political events in sub-Saharan Africa, this has revolved around a portrayal of the situation as being understood as conflict. The greatest adventure in vocabulary has been to describe the situations in South Sudan and Cameroun as civil war.

Consistent with this traditional characterisation of events in sub-Saharan Africa is a view that the political problems in the DRC, in Togo and Burundi, all of which stem from contested presidential term mandates, are unrelated, despite the obvious common explanation that they share. If making a connection between the disparate situations in North Africa and the Middle East comes from a need for a higher explanation, the failure to assert the obvious connection in the problems facing sub-Sahara African countries must be located in a view that “conflict”, the assigned explanation, is the natural fate of this region and one that does not need a deeper analysis.

Also, the classification of Arab citizen uprising as the Arab Spring, on one hand, and what happens elsewhere as ordinary conflict, on the other, creates a false, racial, dichotomy that prevents solidarity between people who, despite other differences, are united by their shared oppression.

During the 64th session of the Africa Commission in Sharm el Sheikh in April, the Egyptian government, wary about the effects of nationals from neighbouring Arab countries coming to town, declined them visas while allowing sub-Saharan Africans in. This was an application of the false dichotomy between an Arab-world struggle, deemed higher, and sub-Saharan African ‘conflict”, deemed primordial and fatalistic.

These reflections should provide an understanding of the threat, to all African rulers, of the revolution in Sudan. Sudan straddles between the Arab world and sub-Saharan Africa. Recently estranged from its sub-Saharan fold by an identity-driven conflict in Darfur and, later, a partition into two that yielded the troubled South Sudan, the revolution has reinserted the country back into the African identity.

Together with the recent problems in Zimbabwe, where a citizen uprising toppled a long-term ruler, it becomes clear that the practice of citizens toppling their oppressors is not exclusively an Arab thing, as widely portrayed. Therefore, the Sudan revolution is a threat for all African rulers and not just those in Arab Africa.

We must carefully vet all these “international investors” and only allow those that add value.