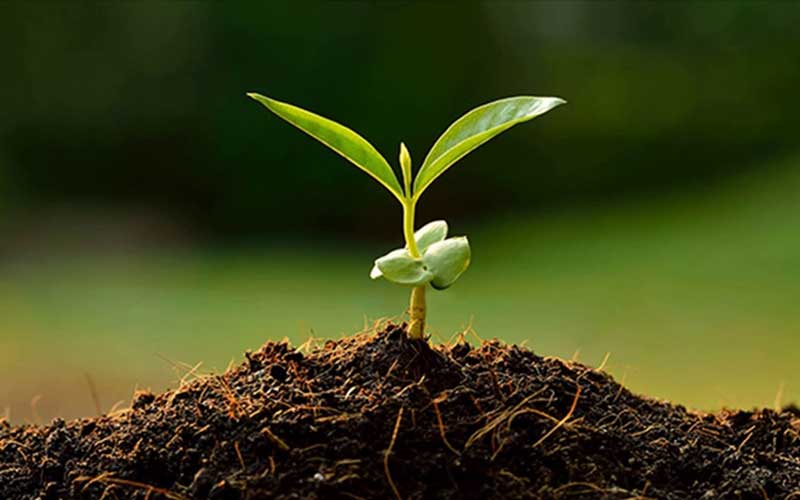 That agriculture is a major driver of the Kenyan economy and the dominant source of employment cannot be gainsaid. Report after report has shown that agriculture significantly contributes to reduction of rural poverty and creation of wealth.

Increasing agricultural productivity, therefore, is the key to robust economic growth and prosperity. How then can we ensure we attain optimum production from our farms? The starting point is proper attention to soils, without which no food will be produced, at least not in the scale that can feed the billions of people on planet earth. To keep it fertile, we must constantly nourish the soil with the right nutrients.

The business of applying crop-enhancing ingredients should no longer be a matter of trial and error, but an exact science. Extensive soil analysis research in various regions and tailor-making fertiliser for specific crops and soil types is the way to go.To succeed in this endeavour, those in the food business must reach out to the counties and come up with creative solutions for their respective regions. This will compliment government extension efforts as private players’ technical field officers will offer advice to farmers where it is needed most.

From my experience, our biggest hindrance in addressing soil unproductivity is the knowledge gaps in the use of fertiliser. Use of fertilisers is a science that is yet to be cracked by most of our farmers, stakeholders and even at the government level. For instance, despite the fact soils in many parts of Kenya are acidic, farmers have continually used acidic fertilizers. This compromises, instead of enhancing, the availability of nutrients in the soil. Farmers should be encouraged to adopt less acidifying fertilizers so as not to worsen the situation.

As far as fertiliser usage in Kenya goes, majority of the Kenyan farmers continue to apply Diammonium Phosphates (DAP) and Urea, which have only two nutrients -Nitrogen and Phosphorus yet about 90 percent of the soils in Kenya are deficient of other key nutrients like sulphur. The crop yield potential cannot be attained if a balanced nutrition is not supplied and the fact is that farmers can achieve more yield when they use enriched compound fertilisers produced by Yara, East Africa. Apart from using the correct fertiliser type, other good agricultural practices like reploughing in crop residue, buildup of organic matter and minimum tillage will surely keep the soils alive for long. Agricultural Extension services must therefore include training on the use of good quality fertilisers so as to promote its usage. More broadly, there is an urgent need to increase usage of fertilizer, which is way lower than the other agriculture rich nations like Brazil and Netherlands. The Abuja declaration to increase fertiliser adoption to an average of 50kg/ha in the African Union member states has not been met four years after its 2015 deadline elapsed. A recent world Bank report indicate fertiliser use in Kenya is at an average of 30kg/ha, compared to an average of 100kg/ha applied in Asia at the peak of the green revolution.

Another enabler to our agricultural revolution is irrigation. As the World Bank noted in its latest report on Kenya, declining farm size and limited irrigation usage is a constraint to improving agricultural productivity. Kenyan farms, which are generally getting smaller and smaller, are becoming uneconomical to operate. Therefore, best and modern agricultural practices are needed to increase productivity.

The report further indicated that approximately 87 per cent of farmers operate less than 2 hectares of land, while 67 per cent operate less than 1 hectare. With much of Kenya’s land area being arid and semi-arid, efforts should be made to bring more of it into productive farming by making irrigation a top priority. Presently, only two percent of arable land is under irrigation compared to an average of six per cent in sub-Saharan Africa (SSA) and 37 per cent in Asia.

This presents both a challenge and opportunity. The large lands that are yet to be irrigated mean we have to mobilise and deploy enormous resources and infrastructure. However, once this potential is tapped, our economy will definitely be able to grow in double-digits as food inflation drops drastically. The increase in crop productivity has a massive effect on the economy by raising household incomes, poverty alleviation, food security and foreign exchange earnings.

Finally, the challenges of agricultural financing needs to be addressed as it will unlock farmers’ access to approprite technologies, quality inputs and irrigation infrastructure. While mobile tech firms are making an effort on this front - bringing some money into the hands of farmers - more needs to be done to bring on board the reluctant traditional lenders where a paltry 4 percent of commercial bank lending goes to agribusiness.

In Latin America, and in particular Colombia, farmers are able to access loans at an interest rate of eight percent while locally our farmers have to contend with higher interest rates, making their produce more costly at the international markets. The revolution in agricultural financing requires a concerted effort by the Government, private sector and the development partners in order to catalyze access to affordable financing.

Through Public Private Partnerships in agricultural space, it is possible to reduce poverty levels as agriculture is a major driver of growth for the Kenyan economy. Sectoral collaboration in areas such as appropriate fertilizer use, enhancing infrastructure and affordable agricultural financing to drive increased crop productivity and profitability will put more money in the hands of the farmers. Profitable farms will be able to participate in agroprocessing either directly through on-farm value addition or indirectly by being part of viable value chains, which is a key catalyst to enabling Kenya to be an industrial nation, food secure, generating massive employment opportunites and the much sought economic prosperity.

Mr Ng’eno is the Country manager at Yara East Africa.

Surprisingly, there were only two fraudulent medical claims during the period under review.