Beware what you do to contain radicalisation among Kenyan youth 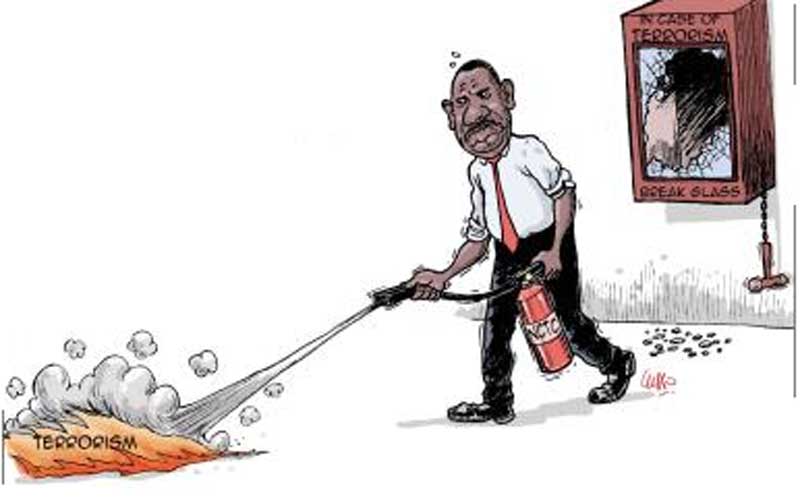 Two things happened that made me reflect on the issue of radicalisation. First, the British High Commissioner broke ground on a new Counter Terrorism Headquarters in Mombasa.

Second, a very senior officer in the National Counter Terrorism Center challenged me on why my article ignored the ‘fact’ that Islam has an inherent propensity to inciting violence. I abhor terrorism and I fully support our government’s efforts to stamp it out.

My instinctive reaction to the new headquarter is to hope that we are not creating new torture chambers in Mombasa and second, that the heads of Counter Terrorism in Kenya need to rethink their biases. If handled wrongly, harassment, prosecution and open religious bias will achieve the exact opposite and encourage radicalism.

The founding father of terrorism studies, Walter Laqueur distinguished the new ‘Islamic terrorism’ from the older forms of political terrorism inspired by nationalism, communism and fascism and declared that this terrorism was ‘rooted in fanaticism’. This implies that it is Islamic fanaticism that encouraged violence. It automatically instills a negative bias amongst the security services.

A string of scholars known as ‘culturalists’ emerged. They hired Islamic scholars who wrote many books and articles using Hadith and the Quran to argue that Islam does not condone terrorism. When a person decides to use violence, no amount of literature will help. He will use the language of God to justify his actions. Our Holy books are full of dichotomies which can be used or misused to justify any political position.

Even the message of Christ to turn the other cheek can be countered by a quotation from the same Bible that says ‘an eye for an eye and a tooth for a tooth’.

Any Muslim will tell you that Islam does not encourage violence and we don’t need long thesis to justify this. In the 1980’s, Christian priests in South America came up with “Liberation Theology’’, turning to the Bible to justify the use of violence for liberation.

The definition of terrorism is the ‘use of indiscriminate violence to further political goals’. The devil uses scriptures to suit his purposes. In 2009 a study by Daveed Gartenstein-Ross and Laura Grossman entitled ‘Homegrown Terrorists in the US and UK’ came up with patterns of belief and behaviour that lead to radicalisation. It led to the six steps to radicalisation.

Fourth, wearing Islamic clothes and growing a beard. Fifth, becoming involved in community affairs and finally resorting to violence and becoming a terrorist. Thus if security agencies could monitor this process, then they could arrest it before the final stage of terrorism. 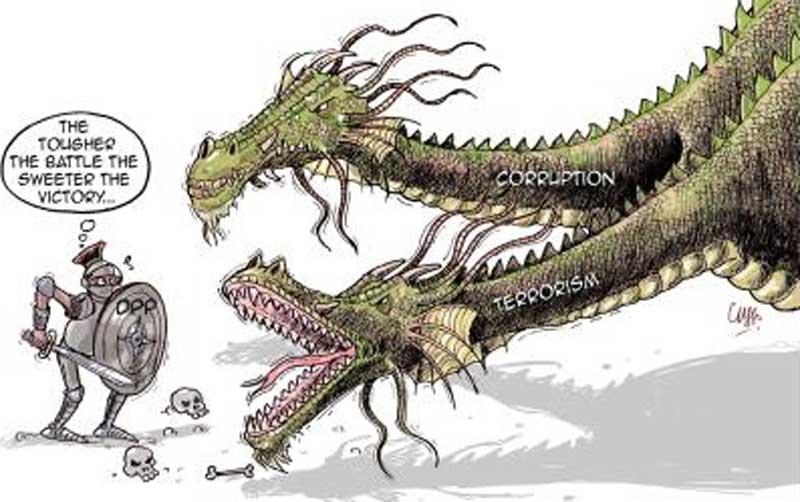 This has become the mainstay of Counter radicalisation. The problem of this approach is that most Muslims will look like potential terrorists as we approach the Holy month of Ramadhan. To monitor this process, security agencies have to hire spies in the community and these spies have to justify their pay by pointing out potential terrorists.

Security agents do what they are trained to do and they are not polite with potential terrorists, often resorting to torture. Violence leads to violence. More people have been driven to terrorism by violence than all the religious texts in the world.

The most interesting study on how to deal with radicalisation is Marc Sageman’s book entitled ‘Understanding Terror Networks’. Sageman was one of the CIA men who set up the Afghan Mujahideen Jihad against the Soviets.

He never expected them to turn around and bite back. But he understands radicalisation as he was paid to develop it, encourage it and to use it politically. Sageman understood that throughout history, young men have sought meaning and relevance.

In March 2015, the Guardian Newspaper reported that more British Muslims had joined Islamic Militias like ISIS and the Nasra Front than were serving in the British army. These men were following a long historical British tradition. They were doing what all young men do. Search for purpose.

The best way to reduce radicalisation is to give the youth a sense of purpose and engage them in social service and activism. In Mombasa a youth group called Donge emerged and is one of the most active today. It started as ‘toa donge lako’ – literally meaning take out your anger or frustration.

It then became simply ‘Donge’. This organisation is extremely active doing all sorts of social service. It is youth led, funded and non political. We need to encourage and support such movements. Social engagement and supporting community development projects led by youths will reduce the call of the radicals. This is the way.

Mr Shahbal is Chairman of Gulf Group of [email protected]

Opposition to the housing tax ignores our core values