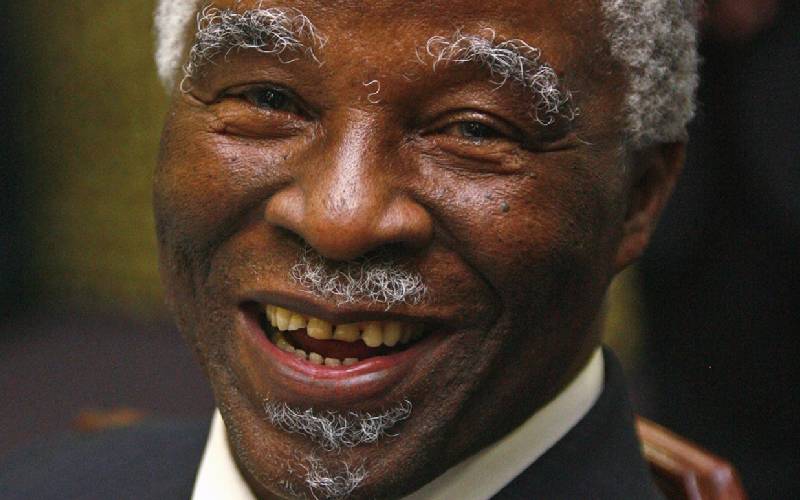 Sometimes it takes a friend to point out one’s weaknesses. This is perhaps the underlying principles laid out when the African Peer Review Mechanism (APRM) was initiated in 2002 and established in 2003 by the African Union in the framework of the implementation of the New Partnership for Africa’s Development (NEPAD).

While it was originally championed by former South African President Thabo Mbeki (pictured), and other pan-African leaders, it has largely been left by the wayside in recent years.

We have seen that sadly in far too many corners of our great continent, some of the great democratic reforms of the last decades are being eroded and undermined. Thus, many leaders balk at the voluntary APRM’s and their necessary exposure.

However, we should be proud to say, one nation is ensuring that APRM’s become a way of life and has welded them into the DNA of a nation’s system.

Kenya was first “peer reviewed” in 2006 and has been the first to undergo a second review in 2017.

One of the milestones mentioned in the second review included the promulgation of the 2010 Constitution and the establishment of the devolved system of government (County Governments) which has progressively resolved issues of real or perceived marginalization.

At the time, President Uhuru Kenyatta welcomed the report and said he will implement the findings and recommendations. Now, he has gone a step further and has called for the APRM structure to be used for the second tier of governance.

A boost to APRM

Not only will Kenya become the first nation in Africa to apply such an important oversight and transparency mechanism at the county or regional level, it has given the APRM system a badly needed boost.

President Kenyatta, in these actions, has demonstrated that he is committed to a more open and democratic future for his nation.

Moreover, he is sending a message to other Africans that it is possible for our continent to do its own oversight and not allow so-called “donor countries” to constantly grade their democracies or societies.

The APRM is a purely African model that sent a message to the outside world that Africa can oversee its own processes and aid and assistance wasn’t necessarily required from afar.

President Uhuru Kenyatta has sent many similar messages in recent months, not least his attempt to mediate between Rwanda’s President Paul Kagame and Uganda’s President Yoweri Museveni, amid long-running disputes between the two countries that has threatened cross-border trade.

The message is; African challenges can be dealt with at home.

We are seeing a rebirth of the the African Renaissance where ‘’mutual responsibility’’ and ‘’mutual accountability” are not just buzz words but meaningful agenda items.

By championing the APRM system, Kenya is grasping the leadership of Africa not for gain or power but as a means of ensuring a more open, transparent and democratic continent.

A continent that needs a leader who is moving forward to greater progress and development and not using their position to enrich themselves and their coterie.

By developing a second level of APRM’s for the second tier of government, Kenya is implementing and showing how Kenyans can also take on the concepts of mutual responsibility and accountability among themselves.

This will of course ensure greater service delivery, but it will also provide an important boost to a vital commodity; the trust of the people.

Trust and hope are two words rarely heard in many parts of the African continent in recent years.

However, if we are going to turn this around we must ensure that the models for continent-wide problems are dealt with by Africans for Africans.

We must also ensure that measures like APRM’s are not written off and become a thing of the past, but resurrected as extremely useful tools towards greater development and progress.

It is a moment of pride for Kenyans.

Indeed, Kenya is leading in efforts to turn around our continent’s fortunes.

Mr Temba is a Communication Consultant

Olympics: Tokyo 2020 marathons to start early due to heat fears

Next year’s men’s and women’s Olympic marathons will start at 6 a.m. local time to try to avoid the worst of Tokyo’s blazing summer heat.