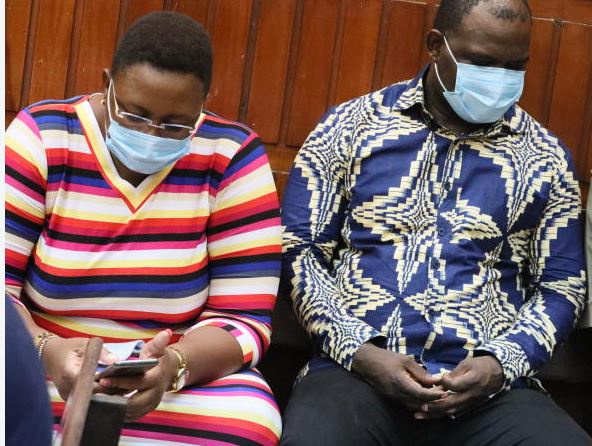 Malindi MP Aisha Jumwa  and her bodyguard Geoffrey Okuto will spend their weekend in police custody for the seventh day after they failed to raise bail.

However, the MP could not meet the bail terms by 4pm on Friday despite the High Court releasing them at 12:30pm.

According to Jumwa’s lawyers Jared Magolo, Cliff Ombeta and Dunstan Omari, the MP could not raise the bail in time because the banks were closed early.

“My client was not released because by the time she got the money, the courts had closed. We hope to raise the money on Monday,” said Ombeta.

Jumwa and Okuto are accused of the murder of 48-year-old Ngumbao Jola who was shot during campaigns for a ward seat in her constituency.