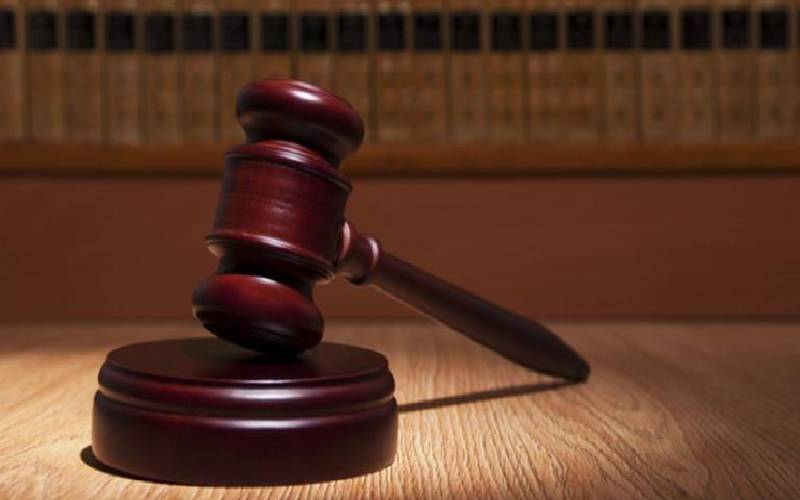 A Kwale court has released 20 youth arrested by police on suspicion that they were members of Al Shabaab.

In her ruling, Chief Magistrate Dominica Nyambu said the prosecution had not produced sufficient evidence to hold the terror charge.

The 20 were being accused of being recruits of all shabaab, a terrorist group.

During their arrest, the youth were found in possession of counterfeit products which were also being investigated.

“The prosecution has not proved to the court beyond reasonable doubt that the youths were involved in terror activities, I therefore acquit them,” said the Magistrate.

The suspects, aged between 18 to 27 years, were arrested on January 28, 2019, in a two-roomed house at Samburu area in Kwale County.

The group denied the charges and claimed they were salespersons employed by Primmax Marketing Limited Company which has several branches in the Coast region.

On Friday last week, the Magistrate granted the police seven days to complete their investigations against the youths.

“I grant the police seven days and insist that the suspects should be treated in a humane manner. They should be provided with food and water while in custody,” she said.

The suspects were detained at the Diani police station after an officer attached to the anti-terror police unit asked the court to allow them grant them in police custody for fifteen days to complete their investigations.

In his affidavit, Benard Mudavadi told the court that Nuru Sofia, Wilfred Mandisa,Gerald Irungu and seventeen others are being investigated for the offenses of being members of a terrorist group.

They were also being investigated of being in possession of counterfeit goods contrary to the law.

He informed the court that the first 17 suspects were arrested on January 28, at Samburu within Kwale County where they had rented a two bedroomed house while the rest three were arrested in the same area.

“Upon arrest, I had informed the respondents of the reason for the arrest,” said Mudavadi.

During the arrest, the police informed the court that assorted kitchen ware were recovered that appeared to be counterfeit goods.

However, the respondents argued that the goods were meant for sale, having been employed as sales executives by a registered company.

He further told the court that the agency is investigating the exact mission of the suspects and how they were recruited bearing in mind that they come from different parts of the country.

“During the arrest, the suspects were found in possession of mobile phones which requires exploitation and forensic analysis so that their associates and the terrorism network can be unearthed,” he added.

The police believed that the suspects are involved with the offenses or may have information which may assist in investigations.

The prosecution in reply told the court to grant the police the requested days adding that in matters of terrorism, a suspect can be remanded for 90 days.

The suspects however told the court that during the arrest, they were not informed of the reason for their arrest claiming that they were tortured by the police.

By Tobias Chanji | 16 hours ago